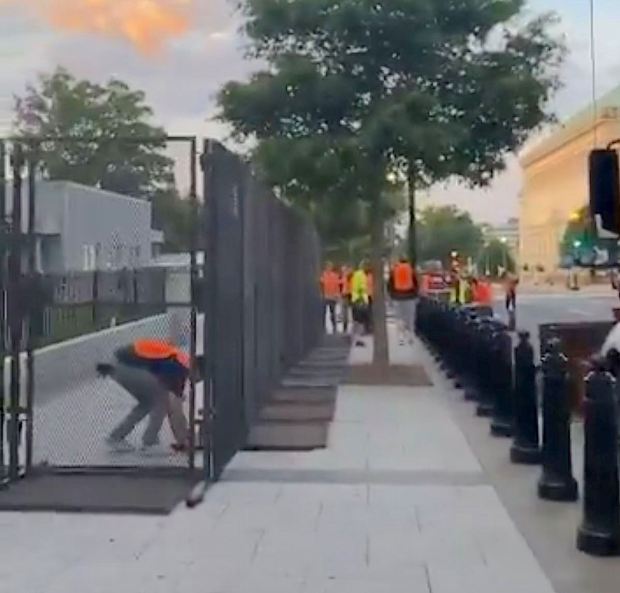 After cowering in the White House bunker didn’t work out for Trump, nor the ridiculous photo-op that followed it, the building itself is being surrounded by shabby fortifications: a fence to prevent protestors getting too close to the executive mansion.

“In addition to the new fencing, which now extends past the EEOB down 17th Street, @abdallahCNN reports that additional concrete barriers have been installed behind existing fencing at 17th and Pennsylvania Ave. NW.”…

The funny thing about Trump is that you know that he has asked for a moat. Less funny is that he doesn’t trust the Secret Service to keep him safe.

Our chickenshit wannabe Führer appears to be about as much of a coward as his idol, Adolf.