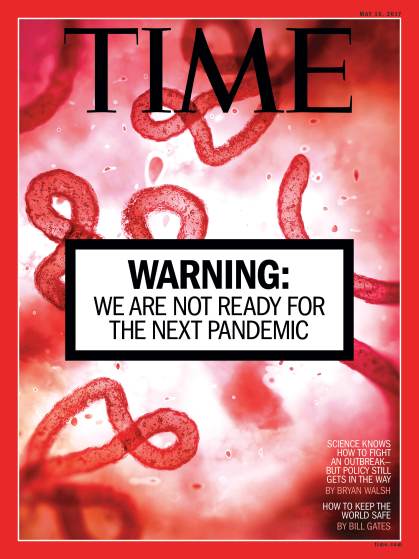 This magazine cover is over 2 years old

How did it come to this? A virus a thousand times smaller than a dust mote has humbled and humiliated the planet’s most powerful nation. America has failed to protect its people, leaving them with illness and financial ruin. It has lost its status as a global leader. It has careened between inaction and ineptitude. The breadth and magnitude of its errors are difficult, in the moment, to truly fathom.

In the first half of 2020, SARS‑CoV‑2—the new coronavirus behind the disease COVID‑19—infected 10 million people around the world and killed about half a million. But few countries have been as severely hit as the United States, which has just 4 percent of the world’s population but a quarter of its confirmed COVID‑19 cases and deaths. These numbers are estimates. The actual toll, though undoubtedly higher, is unknown, because the richest country in the world still lacks sufficient testing to accurately count its sick citizens.

Despite ample warning, the U.S. squandered every possible opportunity to control the coronavirus. And despite its considerable advantages—immense resources, biomedical might, scientific expertise—it floundered. While countries as different as South Korea, Thailand, Iceland, Slovakia, and Australia acted decisively to bend the curve of infections downward, the U.S. achieved merely a plateau in the spring, which changed to an appalling upward slope in the summer. “The U.S. fundamentally failed in ways that were worse than I ever could have imagined,” Julia Marcus, an infectious-disease epidemiologist at Harvard Medical School…

You’d think that having made it into the 21st Century, all the folks who consider themselves “average Americans” might have learned enough about political corruption, how our government lies and cheats taxpayers…to have shut down the crap manipulation that put the scumbag Fake President in office.

Apparently, we still are a nation that accepts cigarette-level advertising as some kind of truth.