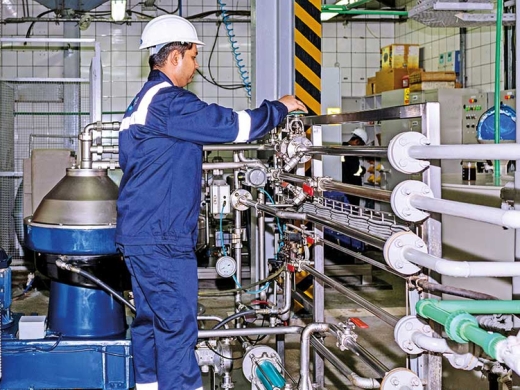 Every single day, 14,000 eateries across Dubai discard roughly 80,000 gallons of cooking fats, oil and grease from some of our most favourite kitchens, enough to fill 1,600 average-sized bathtubs.

But thanks to a public-private partnership called Envirol inked in 2006 between Dubai Municipality and Blue — an eco firm owned by Al Serkal Group — up to 50,000 gallons of the contaminated greasy waste in Dubai are being collected from 7,000 eateries and transported to Blue’s recycling plant in Al Warsan.

For every gallon of oil and grease recycled, that’s one less gallon being dumped in Dubai Municipal landfills and the city sewer system, lessening the threat of it permeating groundwater or making its way into the sea…

The Blue recycling process converts 70 per cent of the oil waste to clean water to be used for irrigation, a further 20 per cent is converted to fertiliser for farming and gardening with the final 10 per cent turned into a refined oil to be converted to environment-friendly biodiesel.

Even small nations dependent upon producing crude oil for their GDP can sort out the need for recycling the stuff from a useless retail residue into more than one form for re-use.

One thought on “Dubai recycles 50,000 gallons of cooking oil every day”