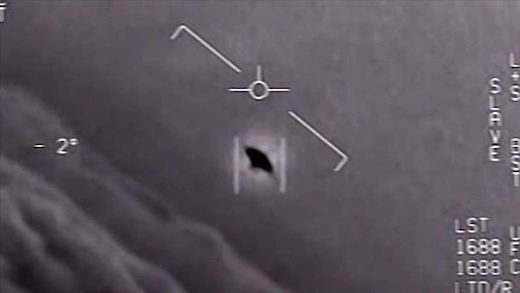 The Navy will lead a new task force charged with detecting, analyzing and cataloging encounters with what used to be called UFOs that could threaten the United States, the Pentagon announced in a statement Friday…

The Unidentified Aerial Phenomena Task Force, approved Aug. 4 by Deputy Secretary of Defense David Norquist, was established so the Department of Defense can improve its “understanding of, and gain insight into, the nature and origins” of mysterious flying objects, the statement said.

Joining research into other mysteries of modern American political life. Like trump’s hair.

Come to think of it. Could this be trump’s hair in the air?

12 thoughts on “UFO is now UAPTF. Just rolls off your tongue, doesn’t it?”