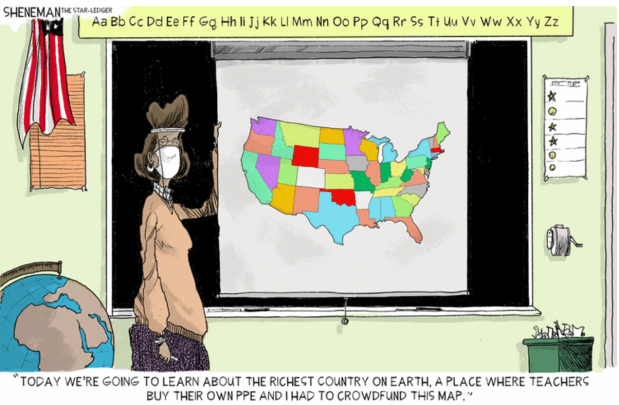 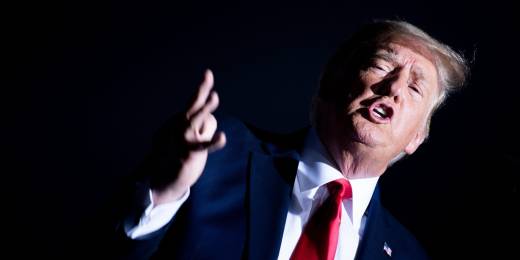 He can’t even count on his fingers

President Donald Trump on Saturday once again suggested interest in serving three terms in office, telling attendees of a campaign event in Nevada that he was “probably entitled” to an additional four years following a hypothetical second term…

Trump has frequently argued that he’s been treated unfairly in comparison with his predecessors, often pointing to the Russia investigation and his impeachment. Throughout his first term as president, Trump has also frequently floated the idea that he will attempt to serve more than two terms in office…

Presidents George Washington and Thomas Jefferson established an unofficial two-term limit, though President Franklin Delano Roosevelt was elected to the office four times, in 1932, 1936, 1940, and 1944, serving 12 years as president before his death in 1945. In February 1951, the 22nd Amendment was ratified, limiting American presidents to serving two terms in office. 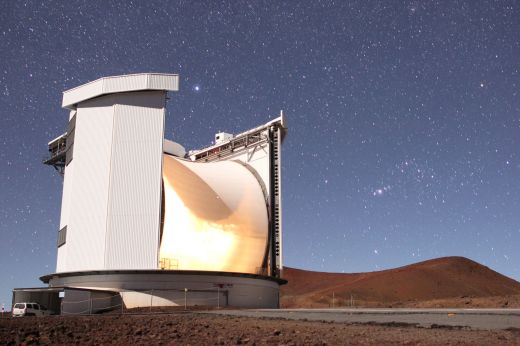 With phosphine in mind, an international team of researchers used two ground-based telescopes — the James Clerk Maxwell Telescope in Hawaii and the Atacama Large Millimeter Array in Chile — to search for any possible signatures of phosphine in Venus’ atmosphere. Sure enough, they found the gas at a concentration of five to 20 parts per billion in the atmosphere. That’s a lot when you compare it to how much is found on Earth, where the gas is concentrated in parts per trillion and parts per quadrillion. “That is all very much evidence pushing towards this exotic explanation of something replenishing it and something making it at large quantities,” says Clara Sousa-Silva…

If the phosphine detection is confirmed, then people will set to work figuring out where it’s coming from. It may turn out that life isn’t even the best explanation. The phosphine may have been found in clouds with moderate temperatures, but the area is still a ghastly place for life to survive, even for the hardiest of microorganisms. “There’s nothing definitive saying it is biology,” Rakesh Mogul, a biological chemist at California State Polytechnic University focusing on extreme microbial life, who is not involved in the study, tells The Verge. “There’s still a lot of unknowns. And it’s nice to put biology as the answer, but really, as scientists, we need to back it up and make sure we exhaustively study all the other possibilities.”

Nice to see scientists in charge of this information gathering and analysis. Imagine the hullabaloo if our politicians had authority over this research.