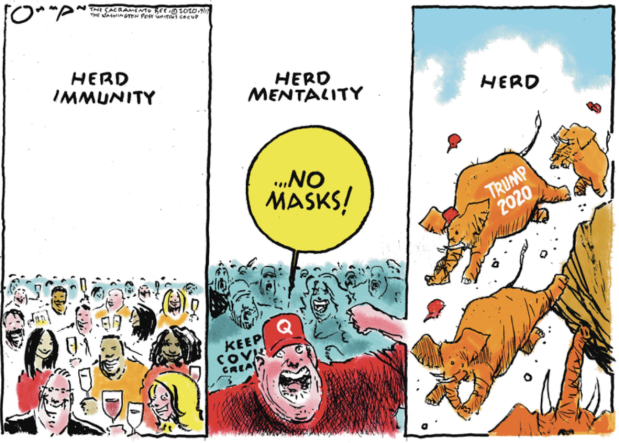 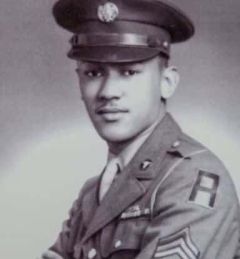 Cpl. Waverly B. Woodson Jr. was an Army medic in the only all African American combat unit in the Normandy invasion on D-Day.

He got seriously wounded that June 6, 1944, but went on to help save scores of his fellow soldiers’ lives…

On Tuesday, a bipartisan group of lawmakers introduced legislation to posthumously award Cpl. Woodson a Medal of Honor for his heroism.

“His valor was never fully recognized due to the color of his skin. That’s unacceptable,” said Democratic Sen. Chris Van Hollen of Maryland.

Even though his own injuries caused his own eventual collapse on the battlefield, he treated over 200 injured military personnel of all colors, that day. Keeping his comrades-in-arms alive was the only imperative.

Thousands of migrating birds have inexplicably died in south-western US in what ornithologists have described as a national tragedy that is likely to be related to the climate crisis.

Flycatchers, swallows and warblers are among the species “falling out of the sky” as part of a mass die-off across New Mexico, Colorado, Texas, Arizona and farther north into Nebraska, with growing concerns there could be hundreds of thousands dead already, said Martha Desmond, a professor in the biology department at New Mexico State University (NMSU). Many carcasses have little remaining fat reserves or muscle mass, with some appearing to have nose-dived into the ground mid-flight…

Historic wildfires across the western states of the US could mean they had to re-route their migration away from resource-rich coastal areas and move inland over the Chihuahuan desert, where food and water are scarce, essentially meaning they starved to death. “They’re literally just feathers and bones,” Allison Salas, a graduate student at NMSU who has been collecting carcasses, wrote in a Twitter thread about the die-off. “Almost as if they have been flying until they just couldn’t fly any more.”

Folks here in New Mexico been talking about this for days. At first, we thought it was just something local. We figured on climate change. Waterways are turning bad as much as trees and vegetation are dying off. It’s just more widespread than we ever imagined.