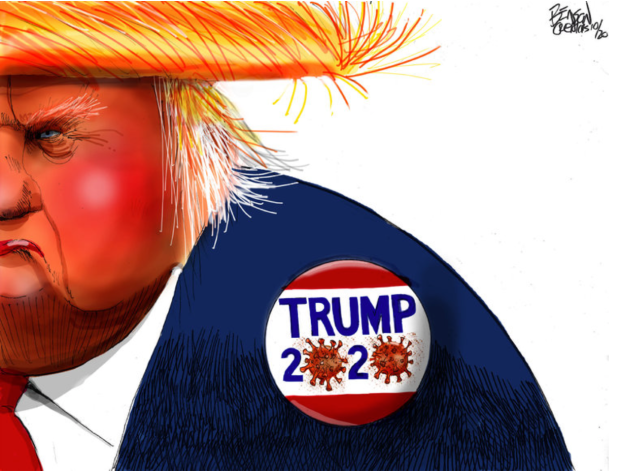 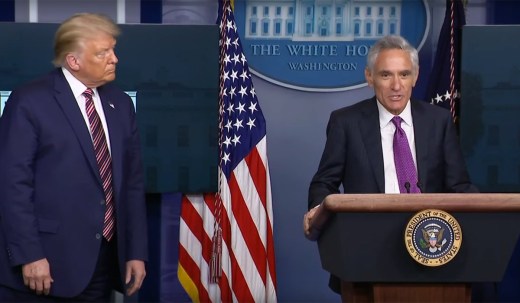 The tweet’s removal was a “relief” among some task force members, Dr. Deborah Birx told friends over the weekend, according to a source, blah, blah, blah…

“Masks work? NO,” Atlas wrote, followed by a series of misrepresentations about the science behind the effectiveness of masks in combating the pandemic.

The tweet and its subsequent removal comes as coronavirus cases spike across the US and other members of the task force have taken to the airwaves to urge Americans to heed basic mitigation strategies, including mask usage and social distancing.

Sad, but true. You can pretty much always find some tame flunky to reaffirm fear of peer-reviewed science, sound medical analysis that puts the lie to the recommendations of corrupt turds like Trump.

Although the chants of death and “liberty” are warmed up and walking the halls of government and an increasingly piss-poor judiciary — a few voices still live within the corridors of government, willing to give a shout about the Emperor and his new clothes. The haberdashery retains its usual space inside the Republican Party. 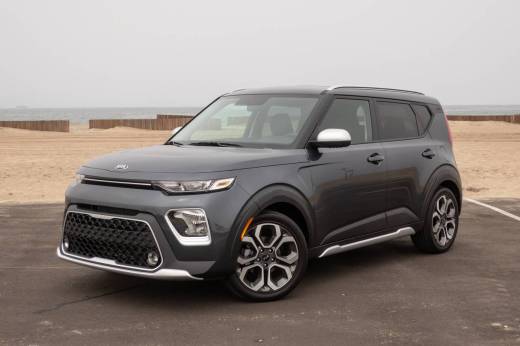 No longer a collegiate clown car

So when we decided to poll our editors on their favorite vehicles for senior drivers, we started with safety…Here’s why: Longer life spans often mean people are driving well into old age, and statistics from IIHS back that up. According to IIHS, older drivers now keep their licenses longer and make up a bigger proportion of the population than in the past. That trend is expected to continue as baby boomers age, culminating in some 53 million U.S. citizens reaching age 70 or older by 2030, according to estimates from the U.S. Census Bureau.

This, of course, leads to concerns about traffic safety. While older drivers have lower fatal crash rates than in the past, they still face a greater risk of injury or death due the inevitable increase in fragility that comes with aging…

To have a reasonable number of vehicles from which to choose for this endeavor, we started with model-year 2020 recipients of IIHS Top Safety Pick and Top Safety Pick Plus awards. These cars must meet stringent safety criteria to qualify. Knowing that many seniors live on a fixed income, we set a price cap of $35,000; that resulted in 30 qualifying vehicles out of more than 70. We then polled our editors, asking them to pick their top five from the list of 30…

The article is smartly analytical, brief in each category. I know I’ll refer to it whenever that vague time comes when we need to think about replacing one or both of our vehicles. We’d like to get rid of the pickup since we only use it 8 or 10 times a year…now we’re both retired. Coming up with a range that includes a trip to the transfer station with bagged household trash every now and then can be a puzzler.

The only distraction – sad at that – only 1 car from a US company made the group of 30…and no further.