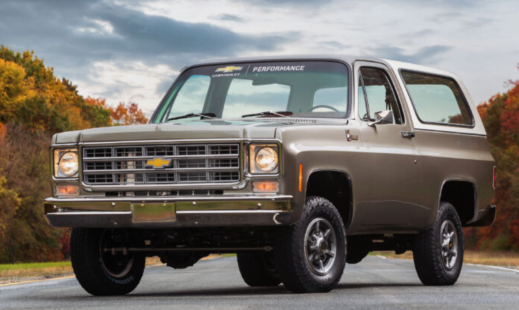 SEMA is going virtual this year, and one of the cars that Chevrolet will show off will be a 1977 K5 Blazer—called the Blazer-E—that previews the company’s new eCrate aftermarket powertrain. The build team traded the Blazer’s huge 6.6L V8, with its meagre 175hp (130kW), for the 200hp (150kW) motor from the Bolt EV, which connects to the Blazer’s four-wheel drive system via a four-speed auto that replaces the original three-speed transmission…

The fuel tank and exhaust also went in the recycling bin, and a 60kWh lithium-ion battery pack was mounted in the Blazer’s cargo area. This is also from the Bolt EV and includes all the wiring and power electronics one needs to manage a modern battery EV powertrain.

The really cool thing is that Chevrolet has now confirmed that it will sell a crate electric powertrain to the aftermarket the same way it sells crate internal combustion engines.

Given what you can built for less money and more power, hotrodders with geek cred should be cranking out some new generation electric bowtie torque real soon now.

One thought on “Chevy’s gonna offer an EV crate engine…Woo-hoo!”