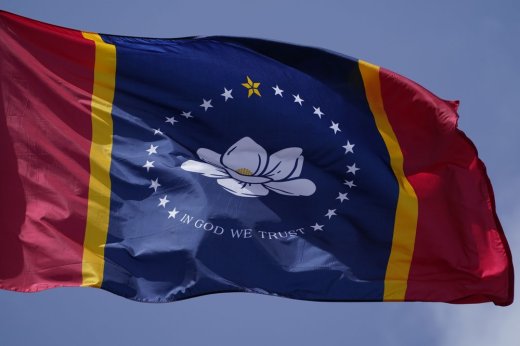 A new Mississippi flag without Confederate images was flying in parts of the state on Wednesday, one day after a majority voters approved the design that has a magnolia encircled by stars and the phrase “In God We Trust.”…

“Mississippi voters sent a message to the world that we are moving forward together,” former Mississippi Supreme Court Justice Reuben Anderson said in a statement.

Anderson led a nine-member commission that recommended the new flag design. Uncertified election results — which at midday Wednesday did not yet include numbers from Pearl River County — showed the new flag received more than 70% support. It got a majority in all reporting counties except George and Greene.”I have a renewed sense of hope for my grandchildren and great-grandchildren, and I know this new symbol creates better prospects for the entire state of Mississippi,” Anderson said.

Now’s the time to get more serious about removing all the Jim Crow practices that slide by underneath cosmetic advances. That’s not meant to diminish this achievement. Plenty of racist crud would rather have died than to see the “stars and bars” removed from their flag.