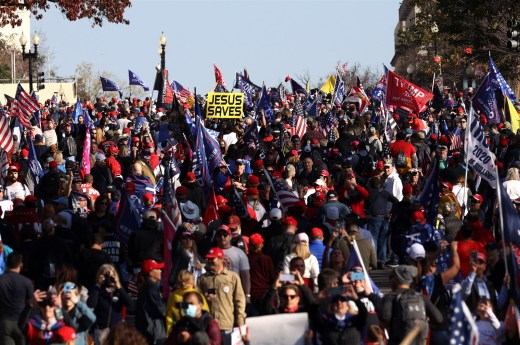 One week after the presidential race was called for Joe Biden, supporters of President Donald Trump gathered in Washington to protest the results and echo his unfounded claims of voter fraud.

While aides say that Trump is coming around to the reality that he lost, the president’s public attacks on the validity of the election results and his unwillingness to concede has allowed for conspiracy theories and misinformation to fester, particularly among his most devoted fans…

Top government and industry officials said in a statement on Thursday that the 2020 election was “the most secure in American history” and that there was “no evidence that any voting system deleted or lost votes, changed votes or was in any way compromised.”

Trump’s true believers are like those who came before them. They loved Gov. Wallace and his racist message just like they love Trump.