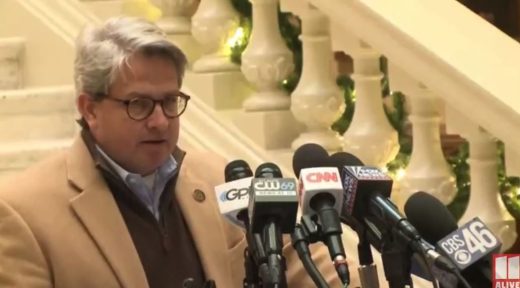 As the impeachment trial of former President Donald Trump approaches, federal officials are investigating threats to attack or kill members of Congress. This comes in the wake of the Capitol riot, when a mob stormed the building where members of the House and Senate were preparing to certify the presidential election. Some rioters reportedly threatened the lives of elected officials in both parties…

These threats do not simply reflect increased levels of anger and depravity among individual Americans. Rather, they appear to be evidence of a more systemic use of fear and intimidation in U.S. politics, seeking to force fealty from Republicans and reinforce the authoritarian turn that defined Donald Trump’s leadership.

With the advent of social media and the Trump presidency, however, the risks for public officials have grown substantially. As a professor of human rights and a practitioner of democracy-building and the rule of law, this trend symbolizes the depth of deterioration of democracy in the U.S.

Reasonably calm article befitting reporting from The Conversation. Don’t kid yourself, though. The nutballs who worship Trump are capable of exactly the sort of acts of violence feared by Republicans…and anyone else trying to keep democracy as a reasoned alternative to autocrats and penny-ante fascists like Trump.