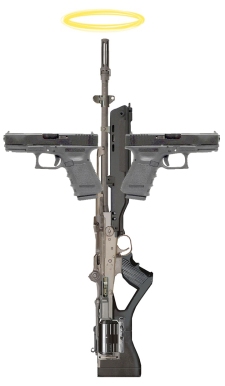 This starts partway through the article. The author takes us from childhood target shooting to military life…to this!

How did we get from a little NRA indoor firing range with .22 target rifles to an entire convention hall filled with weapons of war and nostalgia for America’s enemies from the Civil War and World War II? How did we get from guns as tools to guns as lifestyle? How did we get from guns manufactured specifically for target shooting and hunting to guns manufactured for killing people and styled as “military” and “tactical” and “assault”? How did we get from magazines like Field and Stream, featuring stories about hunting, to Guns and Ammo, featuring stories about the Hecker and Koch HK416A5 with its “slimline telescopic butt stock” and “Non-stop NATO Stanag 4694 top rail” and magazine capability holding up to 100 rounds of military-grade 5.56 X 45mm NATO ammunition?

Three letters: NRA. Beginning in the 1970s, the National Rifle Association transformed itself from a shooting sports organization into a political lobbying arm of the Republican Party. It formed a PAC, the Political Victory Fund, in time for the 1976 elections and started endorsing and funding conservative, mostly Republican, candidates. The NRA invited Ronald Reagan to address its 1983 convention, in advance of his campaign for reelection in 1984, when they endorsed him for a second time…

…Guns went from tools to politics to identity. A gun went from something you use for a sporting purpose, like target shooting or hunting rabbits, to a thing that makes a statement about you. Hollywood went right along with them, from a .44 magnum revolver in “Dirty Harry” that said I’m a tough guy, to fully automatic AR-15 assault rifles with grenade launchers in “Scarface” that said I’m a killing machine and I’ll kill everyone I can see.

Truly worthwhile read. I can sympathize. I grew up in Connecticut when the state was still proud to call itself the arsenal of America. My family lived through the transition Lucian Truscott describes. One time or another, everyone in my father’s generation – in his extended family – worked for a gun manufacturer. One of my uncles spent his life’s work as a lead prototype gunsmith for a gun company. Another was a factory manager.

I was fortunate enough to pre-date the NRA conversion. I was rebel enough to have a gut reaction of disgust and revulsion to the “new” NRA and Reagan politics. I watched Truscott’s worst nightmare as it formed.

RTFA. I hope our benighted land is someday capable of turning this particular aspect of fascist ideology around. And goes on to work on the rest, as well. 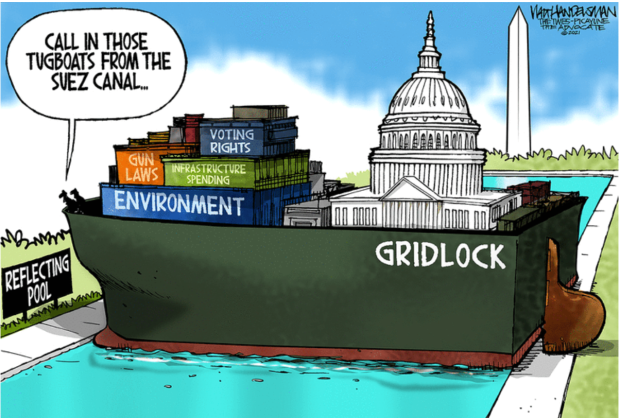 I lived for a while in the Navajo Nation 30 years ago. Not many skateboards back then would have survived dirt trails. The only paved spots apart from roads – where you didn’t get hollered at – was a parking lot at one of the Basha’s Supermarkets several places around the Res.

Me? I was terrible on a skateboard. I stuck to my mountain bike.

Just before eight in the morning on December 1st of last year, Ada Monzón was at the Guaynabo studios of WAPA, a television station in Puerto Rico, preparing to give a weather update, when she got a text from a friend. Jonathan Friedman, an aeronomer who lives near the Arecibo Observatory, about an hour and a half from San Juan, had sent her a photo, taken from his sister-in-law’s back yard, of the brilliant blue Caribbean sky and the green, heavily forested limestone hills. In the picture, a thin cloud of dust hovered just above the tree line; the image was notable not for what it showed but for what was missing. On a normal day—on any day before that one, in fact—a shot from that back yard would have captured Arecibo’s nine-hundred-ton radio-telescope platform, with its massive Gregorian dome, floating improbably over the valley, suspended from cables five hundred feet above the ground. Accompanying the photo was Friedman’s message, which read, simply, “Se cayó ”—“It fell.”

Every year since Arecibo’s completion, in 1963, hundreds of researchers from around the world had taken turns pointing the radio telescope toward the sky to glean the secrets of the universe. It had played a role in the fields of radio astronomy and atmospheric, climate, and planetary science, as well as in the search for exoplanets and the study of near-Earth asteroids that, were they to collide with our planet, could end life as we know it. There were even biologists working at Arecibo, studying how plant life developed in the dim light beneath the telescope’s porous dish.

The New Left emerged independently at two great postwar knowledge factories, the University of Michigan and the University of California at Berkeley. More than a third of their students were in graduate or professional school. Michigan had more contracts with the National Aeronautics and Space Administration than any other university in the country. Berkeley was the main federal contractor for nuclear research, and had more Nobel laureates on its faculty than any other university in the world.

Yeah, I skipped using the first paragraph. Lots of students in the New Left would have agreed 100% with it. In truth, the New Left was late to the dance. Folks, North and South, predominantly Black, had been leading an uprising against American Racism which came to be called the Civil Rights Movement. Lots of grassroots. Urban and rural. Students and workingclass activists alike had been building organizations like SNCC and CORE for a few years before, say, the founding of SDS. And these groups had already begun the reconstruction of an American Left that breached public comprehension with the March on Washington for Jobs and Freedom in August, 1963.

I was there as co-founder of my local CORE Chapter along with the other founder, a Black member of one of the biggest UAW locals in Connecticut.

As discussions of New Left analysis grew across the U.S., most of the “welcoming committees” were folks already committed to the civil rights movement. In general, as community-based organizations, we were working class, all colors. And saying that, please, move on and read this article. It is a useful, thoughtful, pretty direct depiction of what the New Left thought of itself and the land where it was born.

I believe this header went up at the Amazon Prime Video app more than a few days ago. You know what it stands for…as do I. Stop the bigots who’ve decided this is a good time to assault and murder Asian-Americans/Pacific Islanders. Creeps who need to hate someone to feel bigger than a pimple on someone’s butt have a tradition of racism to live up to in this land…as we all know.

I don’t watch a great deal of entertainment telly even though I’m a retiree. An hour or two in the evening dividing the time I dedicate to this blog. But, I don’t recall seeing any other similar site taking a stand in solidarity. So, I felt it worth mentioning. 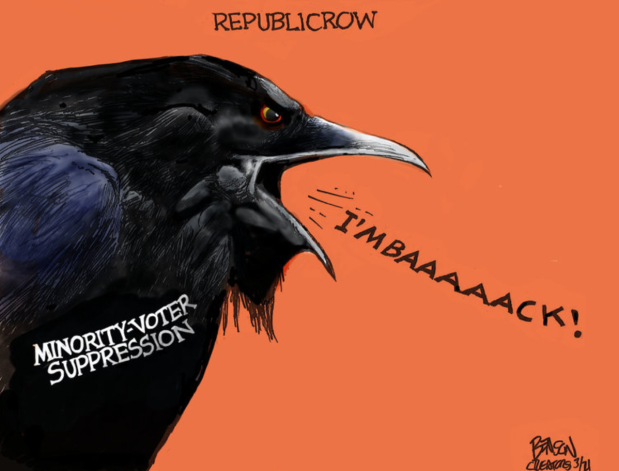