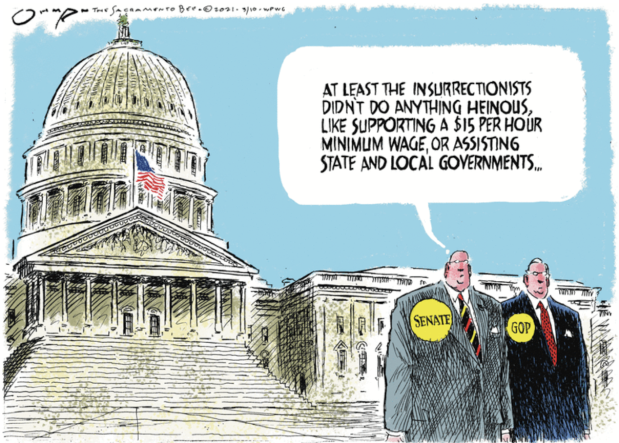 Driven by demographic shifts and accelerated by Brexit, Irish unity is no longer confined to just wishful nationalists, but now recognised as a serious and pressing issue for governments in Belfast, Dublin and London…

A recent survey found that a majority favoured holding a referendum on unity within the next five years, with 47 percent currently in favour of remaining in the United Kingdom and 42 percent supporting a united Ireland. Among the under-45s, reunification led by 47 to 46…

“People believe as a result of Brexit that Northern contentment with the world after the Good Friday Agreement is no longer settled and in addition the UK itself is unstable.”

Recent polling suggests a continued drop in the vaccine hesitant population as more and more people get vaccinated in the US.

The past two weeks alone, there were two polls that show just how much vaccine hesitancy has declined. The Kaiser Family Foundation poll found that 55% of adults say they now want a Covid-19 vaccine as soon as possible or have already received their first dose. That’s up from 47% in January and 34% in December…

Axios/Ipsos polling shows a similar trendline. A mere 13% of adults said in September they would get a Covid-19 vaccine as soon as it was made available to them. That jumped to 27% in early December to 43% in early January. Now, 57% say they have already received the vaccine or will get it as soon as possible

Yes, a well-educated populace would have had much greater positive numbers months ago. The shift is admirable and not surprising. After all, folks are beginning to see friends, neighbors, co-workers getting the shot…living through the procedure and not even sprouting horns or turning green.