The John Birch Society was founded in 1958. Committed to racism, reactionary politics, bigotry and inequality…their organizers went forth as this fascist club grew into thousands. And a critical part of the American body politic they targeted was police departments.

The third, most recent generation of the KKK was founded in the 1950’s not only as a terrorist organization opposing the struggle for civil rights in the GOUSA…their terror was as likely to focus on white supporters of civil rights and equal opportunity for all non-white Americans…as Black and Brown activists leading those struggles. A critical part of their organizing tactics was inside police departments, North and South.

Reporters, editors, liberal politicians, conservative politicians…who say they had no idea this was going on…either had their heads up their butts or they are lying to you.

You didn’t have to play a leadership role in civil rights activism to know who was working to recruit cops. And soldiers, too, BTW. But, American cops are always the first rank of suppression to be brought into action against any kind of insurgency in this land. What would have been surprising would be fascist-minded gangs of racist thugs skipping over fertile soil to grow their poison.

This ain’t sanitized high school civics. This ain’t Officer Jimmy guiding schoolkids across a busy intersection on the way home from grammar school. And I’m not saying they’ve succeeded in reworking local PD’s into a Gestapo. But, they’d love to try…and succeed. Stepping back and gasping in shock and amazement is absurd.

Now, here’s a link to the article. Read what made it into the pantywaist press! 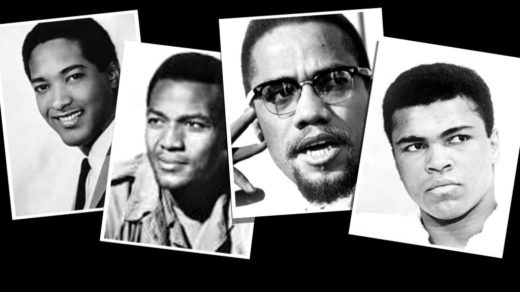 I watched “ONE NIGHT IN MIAMI” for the second time, tonight. I’ll return to it in the future, no doubt, as one drops in on an old friend to refresh all the thoughts and concerns that grow a friendship in the first place.

I had a personal experience, interaction if you would…with Malcolm X around 1959. I’d traveled down to that wonderful Harlem Institution, the African National Memorial Bookstore, with my best bud from night school. He happened to be a Black ex-Marine, and we both hoped to hear Malcolm X giving one of his street-corner education classes to the masses…after we finished our shopping list at the bookstore. He often worked that corner.

He did so that day. I heard a lot and learned a lot. By the time Daniel and I headed back home, I was convinced this was a man who continued to learn, to build upon knowledge he was still acquiring…and that he could and would broaden out his appeal to encompass activists of all colors. It was that clear to me that afternoon in Harlem. No wonder he was such a danger to the status quo.