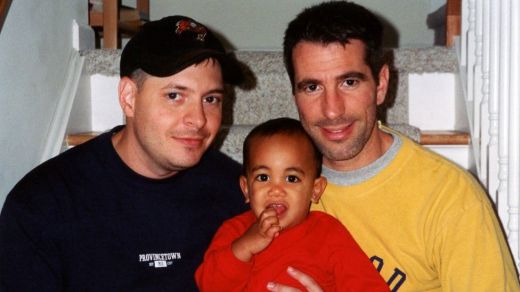 It was around eight o’clock on 28 August 2000, just past the frenzy of the New York rush hour when a subway train rattled down the track into 14th Street station, in the Chelsea district of Manhattan. Danny Stewart, 34, was late for dinner with his partner, Pete Mercurio, 32.

The couple had met three years earlier through a friend in Pete’s softball team. Later Danny had moved in with Pete and his flatmate, but on this summer evening he had been back to his sublet apartment in Harlem to pick up the post.

As Danny was hurrying out of the station something caught his eye.

“I noticed on the floor tucked up against the wall, what I thought was a baby doll,” he says.

That baby doll turned out to be an abandoned newborn…and the tale of rescue, eventually a couple with a new son, is the stuff of heartwarming engagement. Read and enjoy.