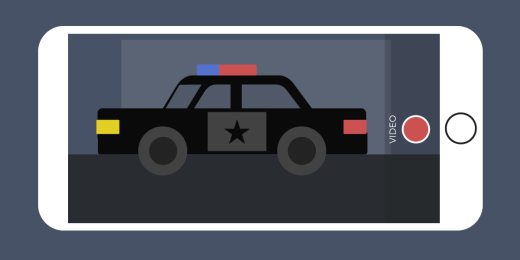 Recordings of police officers, whether by witnesses to an incident with officers, individuals who are themselves interacting with officers, or by members of the press, are an invaluable tool in the fight for police accountability. Often, it’s the video alone that leads to disciplinary action, firing, or prosecution of an officer.

This blog post provides some practical tips to record the police legally and safely, and explains some of the legal nuances of recording the police.

What to Know When Recording the Police

* You have the right to record police officers exercising their official duties in public.
* Stay calm and courteous.
* Do not interfere with police officers. If you are a bystander, stand at a safe distance from the scene that you are recording.
* You may take photos or record video and/or audio.
* Police officers cannot order you to move because you are recording, but they may order you to move for public safety reasons even if you are recording.
* Police officers may not search your cell phone or other device without a warrant based on probable cause from a judge, even if you are under arrest. Thus, you may refuse a request from an officer to review or delete what you recorded. You also may refuse to unlock your phone or provide your passcode.
* Despite reasonably exercising your First Amendment rights, police may illegally retaliate against you in a number of ways including with arrest, destruction of your device, and bodily harm. We urge you to remain alert and mindful about this possibility.

Don’t expect cops to obey the law or even know or understand the law. That’s a sad thing to have to say; but, it’s the truth. Staying alive … living to fight another day … gets a lot more done than a photo of your body on the front page of a newspaper.