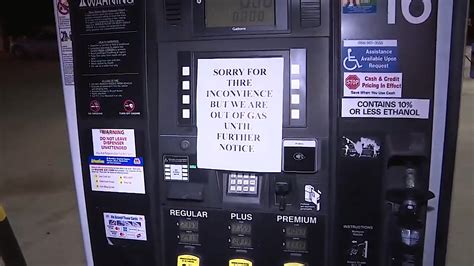 Millions of people stuck at home for more than a year are expected to hit the road for much-needed post-pandemic vacations this summer. Good luck finding gas.

Not that there’s a looming shortage of crude oil or gasoline. Rather, it’s the tanker truck drivers needed to deliver the gas to stations who are in short supply.

According to the National Tank Truck Carriers, the industry’s trade group, somewhere between 20% to 25% of tank trucks in the fleet are parked heading into this summer due to a paucity of qualified drivers. At this point in 2019, only 10% of trucks were sitting idle for that reason.

“We’ve been dealing with a driver shortage for a while, but the pandemic took that issue and metastasized it,” said Ryan Streblow, the executive vice president of the NTTC. “It certainly has grown exponentially.”…

Not just any truck driver is allowed to drive a tanker truck. It requires special certification, including a commercial driver’s license, and weeks of training after being hired. And while the jobs are more attractive than some long-haul trucking jobs that can keep drivers away from home for days or weeks at a time, it is strenuous, difficult work.

Holly McCormick, who runs the workforce committee for NTTC, said another problem was the shutdown of many driver schools early in the pandemic. The pipeline of new drivers those schools would have produced has yet to be filled, she said. And then there’s a new federal clearinghouse that went online in January 2020 to identify truck drivers with prior drug or alcohol violations or failed drug tests, which knocked about 40,000 to 60,000 total drivers out of the national employment pool.

3 thoughts on “What will you do when your favorite gas station runs dry, this summer?”