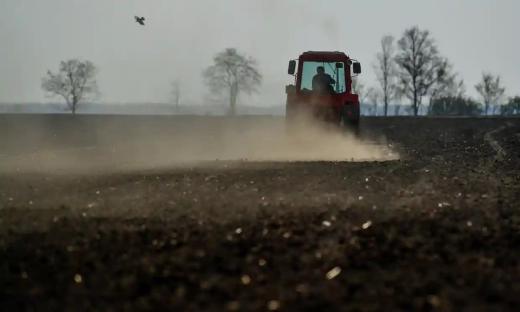 Global soils are the source of all life on land but their future looks “bleak” without action to halt degradation, according to the authors of a UN report.

A quarter of all the animal species on Earth live beneath our feet and provide the nutrients for all food. Soils also store as much carbon as all plants above ground and are therefore critical in tackling the climate emergency. But there also are major gaps in knowledge, according to the UN Food and Agriculture Organization’s (FAO) report, which is the first on the global state of biodiversity in soils.

The report was compiled by 300 scientists, who describe the worsening state of soils as at least as important as the climate crisis and destruction of the natural world above ground. Crucially, it takes thousands of years for soils to form, meaning urgent protection and restoration of the soils that remain is needed.

The scientists describe soils as like the skin of the living world, vital but thin and fragile, and easily damaged by intensive farming, forest destruction, pollution and global heating…

Soils simultaneously produce food, store carbon and purify water, he said, so they are “at least as important” as the climate and above-ground biodiversity crises. “If you’re losing the top soil through bad treatment and then erosion, then it takes thousands of years until the soil is produced again.”

We know next to nothing about the life in our soils. Yes, we have categorized a great deal – with little or no information on how they act upon their environment. Which, in turn, is the growth medium for virtually all our food.

5 thoughts on “Global soils are the stuff of life. We’re destroying everything they offer.”