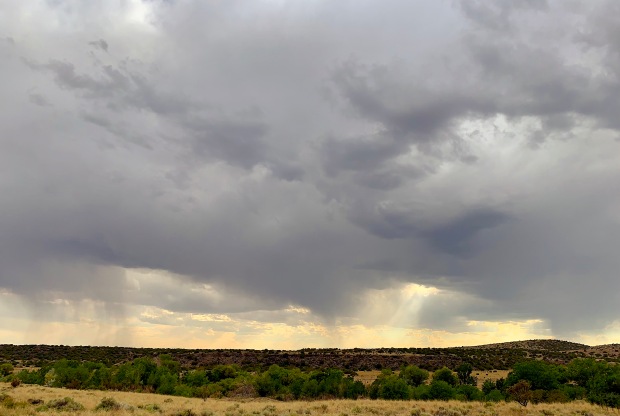 Yes…I really love where we live.

The amount of heat trapped by Earth’s land, ocean, and atmosphere doubled over the course of just 14 years, a new study shows…

“The two very independent ways of looking at changes in Earth’s energy imbalance are in really, really good agreement, and they’re both showing this very large trend, which gives us a lot of confidence that what we’re seeing is a real phenomenon and not just an instrumental artifact,” said Norman Loeb, a NASA researcher and the lead author for the study in a press release. “The trends we found were quite alarming in a sense.”…

Fourteen years isn’t a long time compared to Earth’s long climate history — researchers will have to keep gathering data to get more information about how this fits into the complete picture of the planet’s energy imbalance.

Of course, if this incomplete science proves inadequate, incorrect…we’re screwed!

The United States has a new federal holiday. On Thursday, U.S. President Joe Biden signed a bill into law that officially designates Juneteenth—observed each year on June 19—as an American holiday…Known to some as the country’s “second Independence Day,” Juneteenth celebrates the freedom of enslaved people in the United States at the end of the Civil War. For more than 150 years, African American communities across the country have observed this holiday.

At the stroke of midnight on January 1, 1863, the Emancipation Proclamation came into effect and declared enslaved people in the Confederacy free—on the condition that the Union won the war. The proclamation turned the war into a fight for freedom and by the end of the war 200,000 Black soldiers had joined the fight, spreading news of freedom as they fought their way through the South.

Since Texas was one of the last strongholds of the South, emancipation would be a long-time coming for enslaved people in the state. Even after the last battle of the Civil War was fought in 1865—a full two years after the Emancipation Proclamation was signed—it is believed that many enslaved people still did not know they were free. As the story goes, some 250,000 enslaved people only learned of their freedom after Union General Gordon Granger arrived in Galveston, Texas, on June 19, 1865, and announced that the president had issued a proclamation freeing them…

With Granger’s announcement, June 19—which would eventually come to be known as Juneteenth—became a day to celebrate the end of slavery in Texas. As newly freed Texans began moving to neighboring states, Juneteenth celebrations spread across the South and beyond.