My brain jumps out of my head and runs around screaming every time I see an otherwise literate source online with a misspelled word. 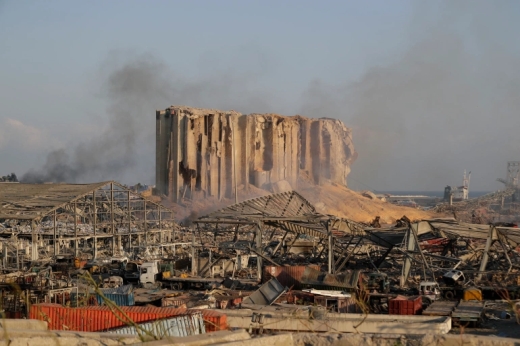 Given the ever-increasing frequency of severe weather events, human-made catastrophes and epidemics, piecemeal and fragmented responses will fail to address root causes and may in fact compound the challenges, a new United Nations report argues.

The Interconnected Disaster Risks report analyses 10 disasters of 2020 and 2021, including the Amazon wildfires, the Beirut explosion, and the cold wave in Texas in the United States among others, and makes the case that solving such problems will require addressing their root causes rather than surface challenges.

“If we keep trying to manage disasters as isolated events, we will fail,” Jack O’Connor, senior scientist at the United Nations University’s Institute for Environment and Human Security, told Al Jazeera.

“Unless we change our approach to not only ask ‘what’ happened when investigating disasters, but also ‘why’ they happened, any preparatory measures we devise will not be enough,” said O’Connor, who is the lead author of the report.

Say it, again, Jack. After decades of scientists trying to convince folks just how interconnected societies, cultures, economies are becoming…nature and human-made climate change may finally push ignorant “locals” into understanding (1) how small the world has become…and (2) we may have reached the limits of passing the buck instead of taking some part of responsibility to act to cure whole problems. Finally.