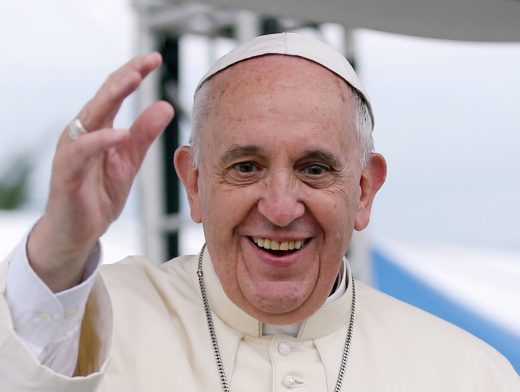 Pope Francis tested the piety of the powerful recently, and the powerful failed. Judging by comments on social media accusing the Pope of being socialist scum, those who failed most miserably include the so-called “Christian Right” who proudly proclaim their Devotion to Christ in their bios, yet seem oddly unfamiliar with the actual teachings of Jesus.

“That governments and all politicians work for the common good. Let them beware of listening only to the economic elite; may they be servants of those people who ask for land, shelter and work and a good life in harmony with all humanity and creation.”

“It is easier for a camel to go through the eye of a needle than for a rich person to enter the Kingdom of God!” Matthew 19:24

You get the idea.