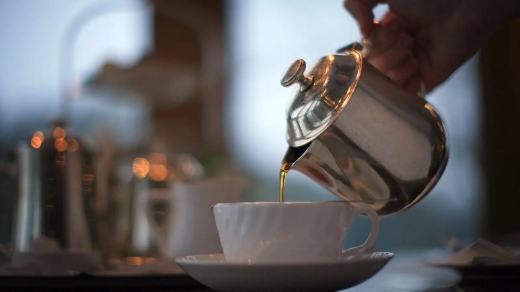 New research out this week suggests that a tea or coffee habit in your later years could help your brain stay in tip-top shape. The study found that healthy older adults in the UK who regularly drank coffee and/or tea were less likely to develop stroke and dementia over an 11-year period than those who drank neither. Though these findings can’t confirm a cause-and-effect link, they are the latest to indicate that these brewed drinks have some health benefits…

While tea has long been considered a healthy beverage, coffee has been more controversial. Lately, however, it’s become clear that coffee isn’t the devil’s drink and that it may even do some good. Recent studies have suggested that regular coffee consumption is linked to a lower risk of cardiovascular disease, certain cancers, and early death in general…Other studies have found a relationship between tea and coffee consumption and lower stroke/dementia risk. But the authors say theirs is one of the first to account for those who regularly drink both tea and coffee, as opposed to one or the other.

“Our findings suggested that moderate consumption of coffee and tea separately or in combination were associated with lower risk of stroke and dementia,” they wrote.

A perfectly accurate description of part of the lifestyle in our household. We’ve examined the pros and cons enough times to feel secure in our decision to stick with regular consumption of both tea and coffee. No sugar added BTW.