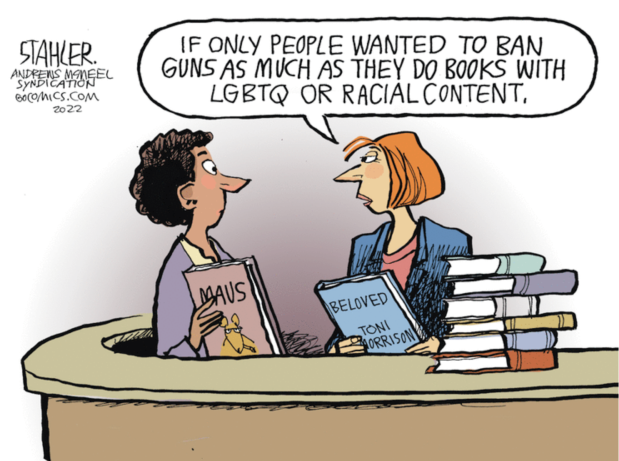 Yes, in case you’re wondering about your preconceptions…I have been a gun owner all of my adult life. Still am. Doesn’t keep me from supporting intelligent, safety-oriented gun regulation. 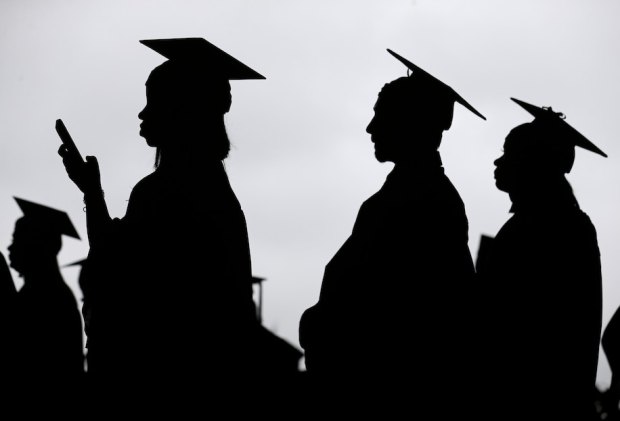 For public schools, the numbers are all going in the wrong direction. Enrollment is down. Absenteeism is up. There aren’t enough teachers, substitutes or bus drivers. Each phase of the pandemic brings new logistics to manage, and Republicans are planning political campaigns this year aimed squarely at failings of public schools.

Public education is facing a crisis unlike anything in decades, and it reaches into almost everything that educators do: from teaching math, to counseling anxious children, to managing the building.

Political battles are now a central feature of education, leaving school boards, educators and students in the crosshairs of culture warriors. Schools are on the defensive about their pandemic decision-making, their curriculums, their policies regarding race and racial equity and even the contents of their libraries. Republicans — who see education as a winning political issue — are pressing their case for more “parental control,” or the right to second-guess educators’ choices. Meanwhile, an energized school choice movement has capitalized on the pandemic to promote alternatives to traditional public schools.

Whether parents understand the difference, the school choice movement sounds to most like a repeat of the “choice” fiasco that followed schools desegregation after BROWN VS BOARD OF EDUCATION at the Supreme Court.

The US public school system was a beacon for much of the world for decades. Failures and diminished accomplishments are as much a product of deliberate sabotage as accidents happening on their own IMHO. Growing an effort equivalent to those who would runaway from guaranteed public access can rescue public school systems in trouble. This requires working with politicians or moving them out of the way…depending upon circumstances.

I simply couldn’t believe I was seeing this on TV, this morning. Funny it is not! And I’m a reasonably well-educated, globally-sophisticated…crazy person.

A century after Ernest Shackleton’s ship Endurance sank in the waters of Antarctica, resulting in one of the greatest survival stories in the history of exploration, a team of modern adventurers, technicians and scientists is setting sail to find the wreck.

With a crew of 46 and a 64-member expedition team aboard, a South African icebreaker, the Agulhas II, is set to leave Cape Town on Saturday, bound for the Weddell Sea. Once there, the team hopes to find the wreck and explore it with two underwater drones.

Shackleton himself, whose plans to be the first to cross Antarctica were derailed by the loss of his ship, described the site of the sinking as “the worst portion of the worst sea in the world.”

“It’s the most unreachable wreck ever,” said Mensun Bound, a marine archaeologist and director of exploration of the expedition, Endurance22. “Which makes this the greatest wreck hunt of all time.”

Endurance is also one of the most famous shipwrecks, perhaps on par with the Titanic. It’s a relic of the heroic age of Antarctic exploration, when adventurers undertook elaborate, risky and wildly popular expeditions to the continent and the pole. Some, like Roald Amundsen, succeeded. Others, like Robert Falcon Scott, died in the process.

Bravery against the elements has been a signal characteristic justifying the existence of our species.