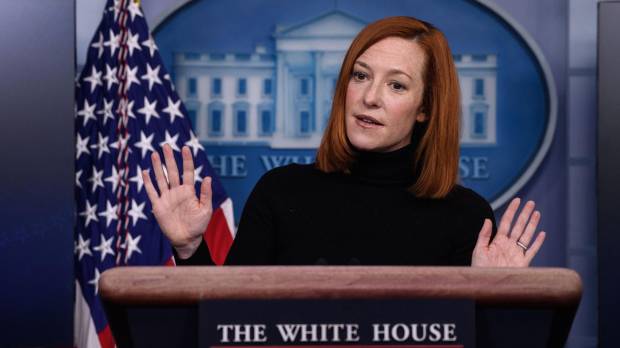 TOPLINE White House press secretary Jen Psaki on Wednesday said the Biden Administration is no longer referring to a Russian invasion of Ukraine as “imminent,” saying it “sent a message that we weren’t intending to send” after Ukrainian officials blasted the White House for promoting what it claims is unnecessary alarm.

KEY FACTS Psaki said at a press briefing the wording may have caused confusion since it suggested Russian President Vladimir Putin had already decided to invade and military action was simply a matter of timing.

Though it is not clear if Putin has decided one way or the other, Psaki said the White House still believes “he could invade at any time.”

Ukrainian officials have repeatedly said the American government is overreacting to the threat so far, including its decision to evacuate nonemergency diplomatic employees from Ukraine last month.

Biden waited several days, then, resumed his threat of imminent war. I figured since we’re celebrating the 1 year anniversary of Biden’s fear-mongering, I’d wander back a year just to remind folks how long this has been “imminent”.

I have no access to any super reporting in Europe or the US that tells me when and/or if Putin is nutso enough to want to squash Ukraine to keep them from tying up with NATO. Nor, do I have any source that can verify Biden has offered the keys to the White House safe to Ukraine officials to get them to stop pointing out – at least to American reporters – that they ain’t worried; so, would he please shut up!

19 thoughts on “A year of Biden crying about an “imminent” wolf!”