In the essential conflict between creativity (on streaming TV) and capitalism, I guess I shouldn’t be surprised at who wins. Still, the rising level of crassness and greed has been overwhelming. Here’s what happened, last night, and why.

I watched the debut of HALO a week ago and decided unlike my usual drill of watching a whole season straight through when all episodes became available to stream, I’d go old school. Actually watch week by week, episode by episode. Since I reserve 2 hours in the evening for TV, I figured I’d pair it with episodes of PICARD. Both are available to stream. In my neck of the prairie, streaming is generally a better value than cable programming and OTA just sucks. As ever.

Settle down in the living room, after supper, figuring to start out with PICARD. Save HALO for the full darkness of night when my OLED TV set literally shines. 5 minutes into Season 1, Episode 1, commercials start rolling in. A bit of a shock since one of the primo benefits of streaming subscriptions has been no commercials. And it was worse than anything I remembered. Commercials dropped like horse turds every 5 minutes, a couple minutes worth every time. Meaning an hour show was going to be at least 14 minutes of commercials, more likely 17 or 18.

No way! I switched off the channel. Cut PICARD out of my watch list.

So then, I pressed the proper buttons on my trusty remote and moved over to start Episode 2 of the first season of HALO. And you guessed it. Though episode 1 had streamed with no commercials, several minutes into the showing, here came the shit shower of messages for everything from shampoo to cheeseburgers. Each chunk of cash-farming seemed as long as the crap infecting Jean Luc Picard’s adventures. 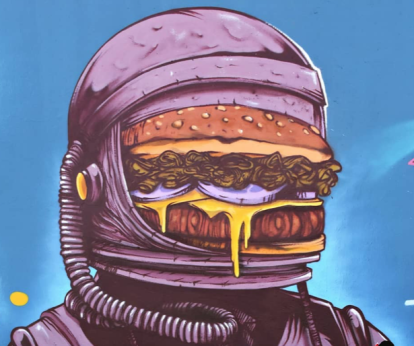 I spent a lifetime in the world of commerce, communications and traffic management. I’m confident that a percentage of my subscriptions required to access a cable feed, Paramount+, whatever, somehow finds it way into the pockets of HALO’s producers. The proliferation of content on the current systems only works and grows as it has by distributing consumer charges among the talent pool. Commercials suck! Commercials are unnecessary! Ask NETFLIX! The only reason for commercials on streaming services AFAIK is increasing profits.

So, halfway into Episode 2 of HALO I replicated my decision about PICARD. I turned it off. I won’t return unless the commercials are gone. And, don’t worry, folks. My brain ain’t going to shrivel up from lack of good sci-fi programming. The amount of talented content available on streaming channels never stops growing. There’s enough money flowing into the pipeline to feed talent for centuries. Our local cable access could decide to go all commercials and I can switch to a competitor in a matter of minutes. If I have to, I can even fire up the old satellite dish and get us the moderate number of hours we use the TV set for news, entertainment and sports. All the systems we’ve grown to use over decades for the InterWebitubes now offer high quality TV access. The greedy bastards who think their talent is sufficient to double and triple the flow of greenbacks into their musty vaults – may continue onward and (hopefully) downward – without our cooperation.

5 thoughts on “Watching HALO? Not any more, man!”