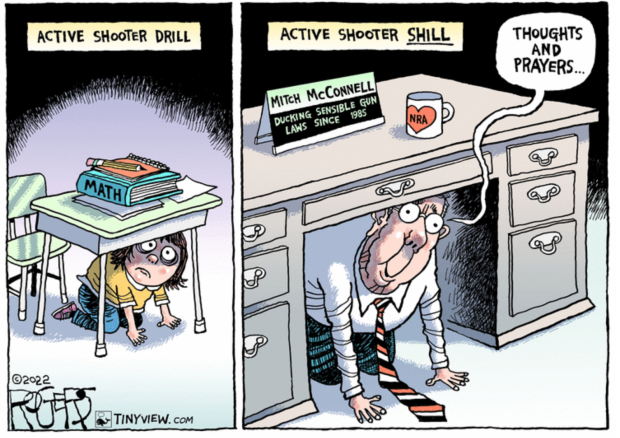 The world hit a transport milestone in 2017, though most people wouldn’t have noticed it at the time.

That year, consumers bought more than 85 million automobiles, a sales volume that declined in 2018, and again in 2019, and then plummeted in 2020 due to Covid-19. Meanwhile, sales of electric vehicles rose, and rose again, making EVs the auto industry’s only growth market—and meaning that we almost certainly hit peak internal combustion engine car sales four years ago.

The future looks even more electric, according to BloombergNEF’s annual Electric Vehicle Outlook. (My colleague Colin McKerracher wrote his highlights for Hyperdrive yesterday.) The report is full of bold conclusions. For one, it sees mostly electric vehicles sold by the 2030s and mostly electric vehicles on the road by the 2040s—and that’s just the business as usual scenario. In a net-zero emissions world, EVs would comprise 100% of passenger vehicle sales just 15 years from now, with all other classes of road vehicle—from two-wheelers to heavy commercial trucks—being either fully electric or fuel cell-powered by the early 2040s…

Electric cars get a lot of attention, but they’re only one type of now-electrified road vehicle. Last year, EVs were more than 4% of total passenger car sales and 1% of the commercial vehicle market, at most. Meanwhile, electrics were 44% of electric two- and three-wheeler sales, and 39% of bus sales. As efficient as modern car factories are, they won’t be able to keep pace with an e-scooter factory targeting 10 million units a year.

Passenger cars have a long way to go to catch up. That said, I don’t want to minimize the rate of change so far. Total new car sales value last year exceeded $2 trillion, even with a massive overall sales drop-off. EVs are already a $100 billion-plus annual business, with a striking growth rate.

One of the future delights I miss in advance. As good as my health and fitness have been – and are – unlikely I’ll be around in a decade or two. Ah, well. It’s nice enough, now, to see what’s coming down the Yellow Brick Road.

After his team’s loss to the Mavericks in Game 4 on Tuesday, Warriors guard Damion Lee was asked about the shooting at Robb Elementary School in Uvalde, Texas, earlier that day. His answer caught some attention for the comparison he made.

“It’s just sad. Obviously everyone saw Steve’s [Kerr] pregame presser. Those are my exact same sentiments,” he said. “It’s sad the world that we live in. We need to reform that. Guns shouldn’t be as easily accessible … like it’s easier to get a gun than baby formula right now. That’s unbelievable in this country that we live in…”

Golden State coach Steve Kerr used his entire pregame presser Tuesday to address the shooting that left 19 children and two adults dead and pleaded for change. He said there were “50 senators, right now, who refuse to vote on HR8.” The bill would implement background check requirements for firearms, and it was passed by the House in February 2019, per Congress.gov.

“So I ask you, Mitch McConnell, I ask all of you senators who refuse to do anything about the violence and school shootings and supermarket shootings. I ask you, ‘Are you going to put your own desire for power ahead of the lives of our children and our elderly and our churchgoers?’ Because that’s what it looks like,” Kerr said.

Congress failed to impose gun restrictions after the school massacres in Newtown, Conn., and Parkland, Fla., and there’s little confidence that 21 deaths at an elementary school in Uvalde, Texas, will change matters now.

In New Jersey, Gov. Phil Murphy urged lawmakers to advance firearms safety measures, including raising the age to 21 for purchases of long guns and exposing gun makers to civil lawsuits.

In New York — where an 18-year-old in Buffalo was charged two weeks ago with committing a racist mass shooting — Gov. Kathy Hochul said she would seek to ban people under 21 from purchasing AR-15-style rifles.

And in California — where a politically motivated mass shooting erupted at a luncheon of older churchgoers this month — legislative leaders and Gov. Gavin Newsom fast-tracked tougher controls on firearms.

“We are getting a lot of inquiries even though a lot of state legislatures are out of session,” Nico Bocour, director of government affairs for the anti-gun-violence group Giffords, said after the Uvalde shooting. “In the wake of a lot of inaction by Congress, states want to step up and keep people safe.”

The present Congress maintains its track record of accomplishing virtually nothing of social value.