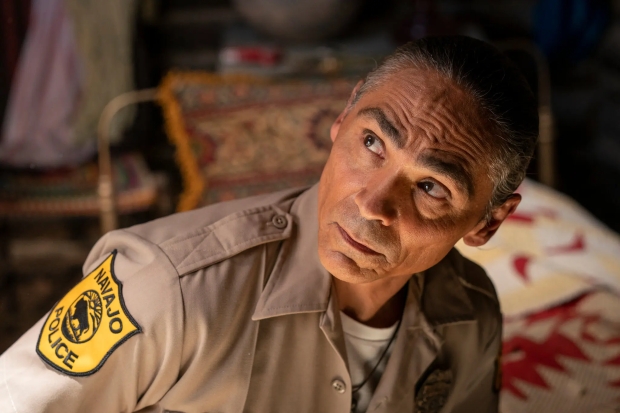 I pretty much love it. I don’t miss the rez; just some of the folks I knew. The kind of folks who love this desert land and the people who really are part of it. But, I still have a fair piece of that land handy.

Aside from the mountain ranges which are likely to be populated by tourists or Anglos like me, I have the Caja del Rio. 84,000 acres of mostly nothing but Southwestern-style desert wilderness. Just the other side of our valley. It stretches from here, just West of Santa Fe, all the way over and into Arizona. I love it.

Anyway, “Dark Winds“. Written, directed, produced in the Navajo Nation is a truly accurate representation of life there as I have ever seen. Spoken mostly in Dine…with subtitles. Dead accurate as far as my memory goes. I have to wonder if most Anglos, most Americans will get it. Or care to.

This is a different culture, people living in a different time. Questions and their solutions often don’t match anything in your life’s experience, folks. And as much of a fan as I am of what can be achieved with moving images and foreign languages…or English…the step away from American TV may be too much for too many to get this drama to a second season.

Me? I’m not going to miss an episode. Wouldn’t mind missing some of the commercials; but, that’s also the American kind of TV it is. Casting, acting, every kind of production value is up to standard. Though I manage most of what I watch on my living room’s Big Flat TV on the corner table so as to escape a great deal of the crap we’re told is necessary to fund production of independent stories on the screen. I guess I can put up with it to watch a tale that needs to be seen.