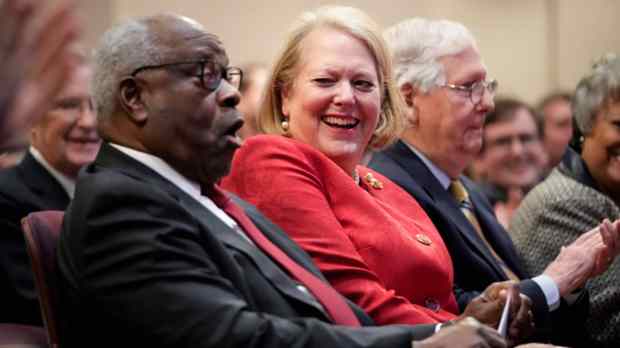 Thomas dissented to denial of certiorari in Coal Ridge Ministries Media v Southern Poverty Law Center with an opinion giving us more than a hint of precisely what he has in store. Freedom of the press has a rightwing target on its back. Thomas wrote that the court should “revisit” the landmark free press case of the 20th century, New York Times v Sullivan.

“Revisit” is judicial talk for “overrule”.

Thomas asserted that “New York Times and its progeny have allowed media organizations and interest groups ‘to cast false aspersions on public figures with near impunity’.” He offered no evidence and made no argument in defense of his claim that the existing burdens on those who sue for defamation are indeed excessive, given the competing interests at stake.

Make no mistake. Overruling Times v Sullivan to make it much easier for public figures to sue their critics would strangle the media’s ability to report freely and speak critically about public figures, especially elected officials…

Imagine if, to terrify critics, political figures such as Donald Trump could weaponize the negligence standard Thomas would have the court install in place of the higher barrier that “actual malice” represents.

Or you could just read the comics, the sports page…pay little or no attention to the creeps in government who want no one to criticize, examine and expose their criminal aims.

2 thoughts on “Fascist politicians must destroy a Free Press to take (and keep) power!”