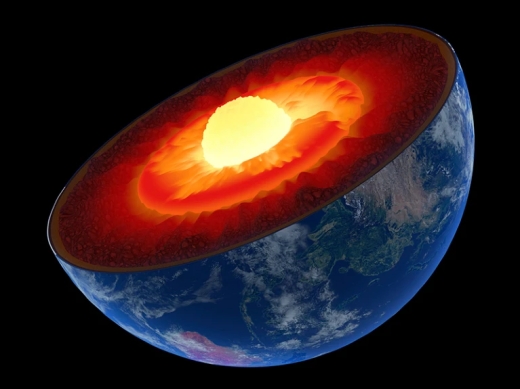 Thousands of kilometres beneath your feet, Earth’s interior might be doing something very weird. Many scientists think that the inner core spins faster than the rest of the planet — but sometime in the past decade, according to a study, it apparently stopped doing so…

“We were quite surprised,” say Yi Yang and Xiaodong Song, seismologists at Peking University in Beijing who reported the findings today [January 23rd] in Nature Geoscience.

The results could help to shine light on the many mysteries of the deep Earth, including what part the inner core plays in maintaining the planet’s magnetic field and in affecting the speed of the whole planet’s rotation — and thus the length of a day. But they are just the latest instalment in a long-running effort to explain the inner core’s unusual rotation, and might not be the final word on the matter…

Researchers discovered the inner core in 1936, after studying how seismic waves from earthquakes travel through the planet. Changes in the speed of the waves revealed that the planet’s core, which is about 7,000 kilometres wide, consists of a solid centre, made mostly of iron, inside a shell of liquid iron and other elements. As iron from the outer core crystallizes on the surface of the inner core, it changes the density of the outer liquid, driving churning motions that maintain Earth’s magnetic field…

Now, Yang and Song say that the inner core has halted its spin relative to the mantle. They studied earthquakes mostly from between 1995 and 2021, and found that the inner core’s super-rotation had stopped around 2009. They observed the change at various points around the globe, which the researchers say confirms it is a true planet-wide phenomenon related to core rotation, and not just a local change on the inner core’s surface.

Now, we ALL can feel unsteady on our feet. 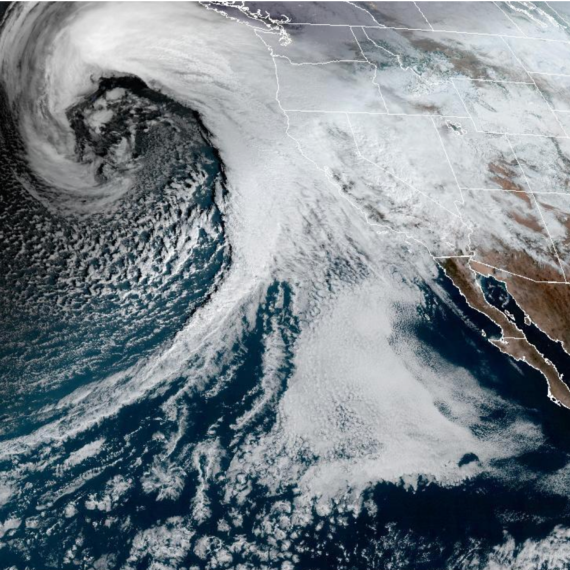 Atmospheric rivers (ARs) are to blame. These regions of humid air flow from the tropics into colder climates as strong winds, and condense when they encounter mountains. The warm air rises and cools over elevated land, forming clouds that dump rain and snow onto the earth below. ARs originate in the tropics because warm air holds more moisture.

“Atmospheric rivers are literally rivers in the sky, the rivers of water vapor that transport massive amounts of water in the atmosphere,” Marty Ralph, a hydrometeorologist, tells Popular Mechanics…To predict precipitation over the West Coast, Ralph and a co-researcher began studying atmospheric rivers. “We’re essentially measuring the atmospheric river itself over the ocean,” Ralph says. “We need to know the vertical details of the AR and [analyze] the lowest 10,000 feet.” Very little data exists on this region, because clouds tend to block ARs from a satellite’s view.

So, Air Force planes do the job; they fly into atmospheric rivers, dropping 10–12 little sensors that are about the size of a Coke can and equipped with parachutes. As they descend, the sensors measure temperature, pressure, wind, and moisture, and then communicate that data back to the airplane via radio. Next, the airplane sends the data via satellite to “a big bucket of weather data that weather prediction models around the world draw from to start the next forecast,” Ralph explains.

Meteorology has advanced so much in recent decades. It boggles the mind. Though there remains insufficient connections between informed professionals and a public which might live a safer, more productive life with more information available…in understandable form.

It’s halftime – and I’m chuckling to myself. In Nailsworth, it’s clear and evening cold. Here in Santa Fe, we have an afternoon mix of fog, sleet and snow.

Must admit, I finally got round to reading up on Forest Green Rovers and their politics, ethos and style match a lot that is meaningful to me. Their electric hoarding even gets to flash “Give Fossil Fuels a Red Card!” 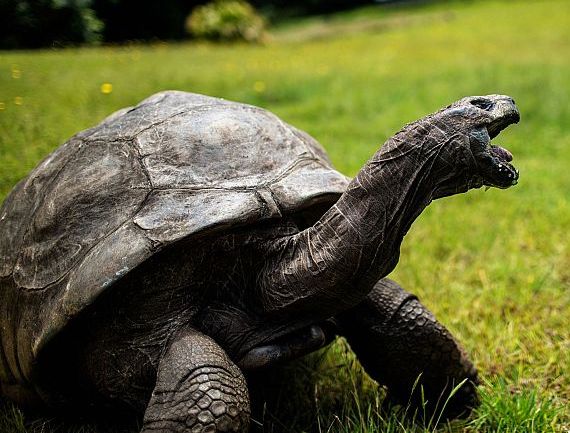 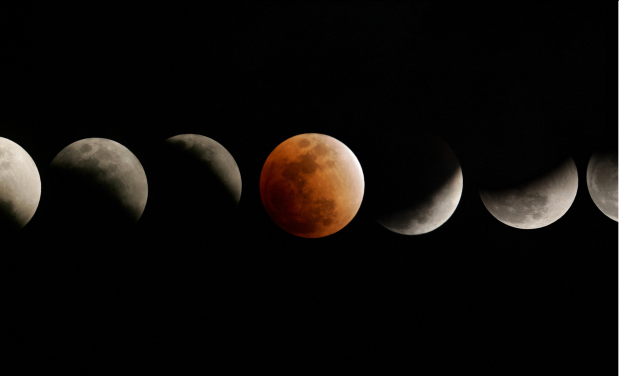 Odds are you don’t have any plans for 4:09 a.m. E.T. on Tuesday, Nov. 8. Assuming your calendar is indeed clear, it might be worth setting your alarm for that time, because it’s then that the last total lunar eclipse until 2025 will begin—and the show should be a dazzler.

A lunar eclipse occurs when the Earth passes directly between the sun and the moon, casting a deep shadow across the lunar surface. In theory, a lunar eclipse should happen monthly, since the moon and the sun are on opposite sides of the Earth once every 27 days during the lunar passage around the planet. But the moon’s orbit is inclined 5 degrees relative to the Earth’s equator, meaning that most of the time, the Earth’s shadow passes above or below the moon.

It is only about once every year and a half that the three bodies line up perfectly to make an eclipse happen. That year and a half frequency is just an average, however. Tomorrow’s total eclipse will actually be the second one of 2022—the last one having occurred on May 15. After this coming eclipse, a three-year wait for the next one will begin.

NASA has selected 16 individuals to participate in its independent study team on unidentified aerial phenomena (UAP). Observations of events in the sky that cannot be identified as aircraft or as known natural phenomena are categorized as UAPs.

The independent study will begin on Monday, Oct. 24. Over the course of nine months, the independent study team will lay the groundwork for future study on the nature of UAPs for NASA and other organizations. To do this, the team will identify how data gathered by civilian government entities, commercial data, and data from other sources can potentially be analyzed to shed light on UAPs. It will then recommend a roadmap for potential UAP data analysis by the agency going forward.

Yup. I still like the topic. I’d be hard-pressed to believe any advanced civilization would find our planet or species more than casually interesting. But, a civilization capable of checking us out might find us worth examining in terms of historic development.

More than 92,000 solar panels in the shape of plum blossoms, floating on the surface of a reservoir in South Korea, offer a vision of how land-scarce developed nations can overcome local resistance to giant renewable-energy projects.

The 17 giant flowers on the 12-mile-long reservoir in the southern county of Hapcheon are able to generate 41 megawatts, enough to power 20,000 homes, according to Hanwha Solutions Corp., which built the plant…

It’s one of the biggest floating solar plants in the world, and it’s in a nation that has been a laggard in adopting renewable energy, even though South Korea’s industrialized economy relies heavily on imported fossil fuels…

At a commissioning ceremony for the plant in November, South Korea’s President Moon-Jae in said floating solar can help the nation reach its goal of becoming carbon neutral by 2050 with the potential to add 9.4 gigawatts, or the equivalent of nine nuclear reactors.

It’s a shame the official religion of the US government forbids doing anything smart and truly useful. Otherwise, we might try something like this. Eh?

Wisdom stretching her wings at her nest site

Entering her eighth known decade at Midway Atoll, Wisdom, a mōlī (Laysan albatross) and the oldest known banded wild bird has returned to her winter home at Midway Atoll National Wildlife Refuge and Battle of Midway National Memorial. This year, the first observation of Wisdom at her nest site took place on November 26 — only a day sooner than her arrival date last year…

Wisdom is Midway Atoll’s oldest known current resident, witnessing for seven decades the major events and transformations that have taken place on the atoll, and thriving while globally significant events were occurring around the world. She may have seen the first “Willy Victor” plane flights from Midway Atoll in the late 50’s, and witnessed Midway Atoll’s change from an active naval airfield to a refuge for wildlife. She’s lived through globally significant events, such as the first walk on the moon, the end of the Cold War and the designation of Papahānaumokuākea as a Marine National Monument.

Wisdom and her mate, Akeakamai, like most pairs of albatrosses, return nearly every year to the same nest site — a behavior known as nest site fidelity. Albatrosses lay one egg each nesting season and often take a year off from nesting. Most Laysan albatrosses return to Midway Atoll’s during November when mating begins; and most eggs are laid by early December. After about 65 days of incubation, eggs hatch in late January or early February…

Throughout the Monument, scientific research and monitoring plays an essential role in managing wildlife, including seabirds. Surveys and banding projects conducted in the Monument and throughout the world help scientists better understand the life cycles and migration patterns of birds. Biologists first identified and banded Wisdom in 1956, but the very first albatross was banded on Midway Atoll in 1936…

I’ve known a few wildlife biologists in my lifetime. Happier at their work than most, I would say.

The next pandemic may come not from bats or birds but from matter in melting ice, according to new data.

Genetic analysis of soil and lake sediments from Lake Hazen, the largest high Arctic freshwater lake in the world, suggests the risk of viral spillover – where a virus infects a new host for the first time – may be higher close to melting glaciers.

The findings imply that as global temperatures rise owing to climate change, it becomes more likely that viruses and bacteria locked up in glaciers and permafrost could reawaken and infect local wildlife, particularly as their range also shifts closer to the poles.

Mother Nature is gonna get her revenge sooner or later.