“I’d like to acknowledge that our good friend and rocket photography extraordinaire, [John Kraus], has been completely locked out of twitter since yesterday, for an arbitrary and silly reason, the day of the biggest launch of his career,” read an angry tweet from the Tim “Everyday Astronaut” Dodd. “Worst possible timing.”

The inmates of the insane asylum – otherwise known as the US Government – are trying to run machines beyond their comprehension.

…It was the summer of 1960, and photographer Ormond Gigli was working in his studio on 58th Street, across the street from a group of brownstones that were about to be demolished. The windows had been removed and Gigli had an idea of photographing a group of women, one in each of the window openings, wearing formalwear…

Gigli and his staff only had 24 hours to plan the photo, find volunteer models to pose for the shot, and get permission from the city. There was a gaping hole in front of the building so they also located a Rolls-Royce to sit on the sidewalk in front.

…After the photo was taken, the models left, and the building came down.

The piece of a first stage of this rocket that was photographed after it crashed into a Chinese field earlier this week is described as sticking ‘some 20 to 30 feet’ out of some freshly tilled soil. 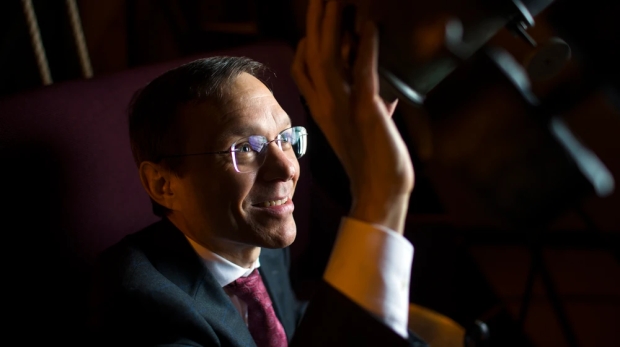 In September, Ukrainian astronomers published a report detailing what they thought were unexplained aerial phenomena, or UAPs, flying above the war-torn region. Now, alien-hunting Harvard astronomer Avi Loeb has weighed in on the science out of Kyiv with a paper posted online on Wednesday…

Loeb is the head of the Galileo Project at Harvard University, a program that uses scientific rigor to search for evidence of extraterrestrial life and technology, and former chair of the school’s astronomy department…

Loeb told Motherboard…the authors of the initial paper out of Kyiv had contacted him with their work but that he hadn’t looked at it. The skies above Kyiv, Loeb said, are the last place people should be looking for UAPs right now.

“In science, we’re trying to minimize the noise so that we can pick up the signal and therefore Ukraine would be the last palace on earth where I would search for unidentified aerial phenomena… The noise level is so high,” he said.

Ukraine is at war, and during a war there’s lots of stuff flying through the sky. Drones, aircraft, and artillery shells, and satellites would conflict with any observations made of the sky.

Lots of useful information in MOTHERBOARD’S article. Interesting stuff. Some crap debunked…and how and where more research is needed. 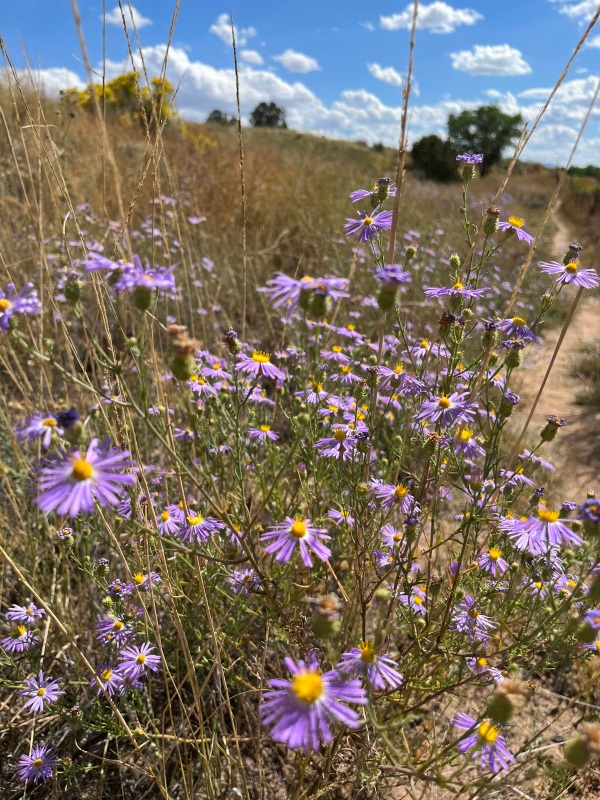 Resources for Actors
Information on resources for actors in Albuquerque.
The listings below are provided as a resource by the Albuquerque Film Office. While every attempt is made to verify residency, accuracy, and validity, we cannot certify, endorse or recommend any entry.

This powerful photo taken by Robert C. Wiles was published as a full-page image in the 12 May 1947 issue of Life Magazine. It ran with the caption: “At the bottom of the Empire State Building the body of Evelyn McHale reposes calmly in grotesque bier, her falling body punched into the top of a car“.

We didn’t own a TV set in 1947. My family and I saw the newsprint version of this photo the next day. LIFE magazine a few days after that. 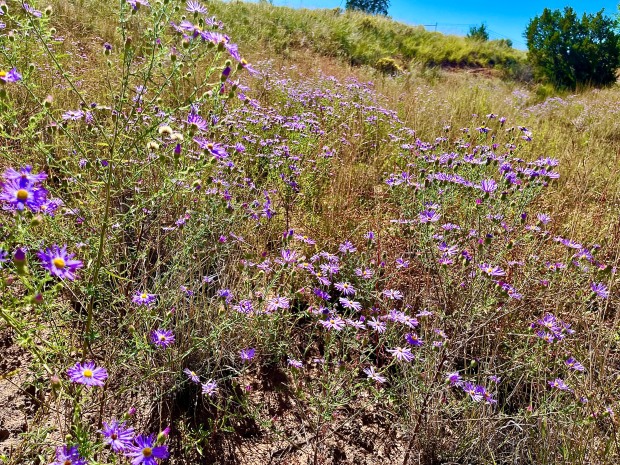 I get most of my disciplined exercise walking laps along our fence line. This is the lowest point around Lot 4. It runs along the edge of the Santa Fe River bosque on our western boundary. Flowers along here are always one of the best parts of the lap.