A marijuana dispensary in Massachusetts cooked what it claims to be the world’s largest cannabis-infused brownie — an 850-pound THC treat.

MariMed, based in Norwood, celebrated the launch of its new brand Bubby’s Baked by cooking the brownie infused with 20,000 milligrams of TCH, the primary psychoactive ingredient in marijuana…

The brownie measures 3 feet long on each side and 15 inches high. It dwarfs the Guinness World Record holder for largest brownie, a 234-pounder made by Alabama’s Something Sweet Bake Shop in 2013…

Wish these folks were in business when I was still living in New England. My home, almost 40 years ago, was only 8 miles away from where they opened their bakery/dispensary. Yum!

More likely to be homegrown organic here in NM…than in NY. 🙂

Now the Dems can trundle along – not only including the requisite bashing of any furrin’ land that competes with the GOUSA instead of kowtowing to our “proper place” – but, they have the opportunity to sweep up centrist positions abandoned by the Republican Party in the years dedicated to butt-kissing fascism.

Peanut and tree nut anaphylaxis in children spikes at Halloween and Easter…Most were previously unknown allergies, according to the Canadian study, which compares Halloween, Easter, Christmas, Diwali, Chinese New Year, and Eid al-Adha.

Sound reasoning for the differences between holidays in the article make sense. Parents or not, a worthwhile, brief read.

Public opinion about the use and spread of drones is still up in the air, but burgeoning drone use has sparked numerous efforts to curtail drones. These responses range from public policies exerting community control over local airspace, to the development of sophisticated jamming equipment and tactics for knocking drones out of the sky…Anti-drone measures range from simple blunt force, 10-gauge shotguns, to the poetic: well-trained hawks.

The article develops analysis and then suggests techniques to disguise yourself…which is truly worthy and affordable. And fun.

The…most practical, thing you can do to protect yourself from drone surveillance is to get a disguise. The growth of mass surveillance has led to an explosion in creative experiments meant to mask one’s identity. But some of the smartest ideas are decidedly old-school and low-tech. Clothing is the first choice, because hats, glasses, masks and scarves go a long way toward scrambling drone-based facial-recognition software…

And, not so incidentally, driving spooks from the FBI and your local Red Squad crazy is fun.

❝ Designed for home or office, the new Ember Mug does more than simply keep your coffee hot. Our smart mug allows you to set an exact drinking temperature, so your coffee is never too hot, or too cold. Depending on the size, your beverage will maintain its chosen warmth for 80 to 90 minutes.

I can think of several fixated folks I worked with over the years who probably own one of these. After a number of years as retiree, I pretty much know just how long to nuke my coffee to bring it back to proper temperature. No batteries needed for any of my favorite coffee mugs. Just walk to the kitchen and back. 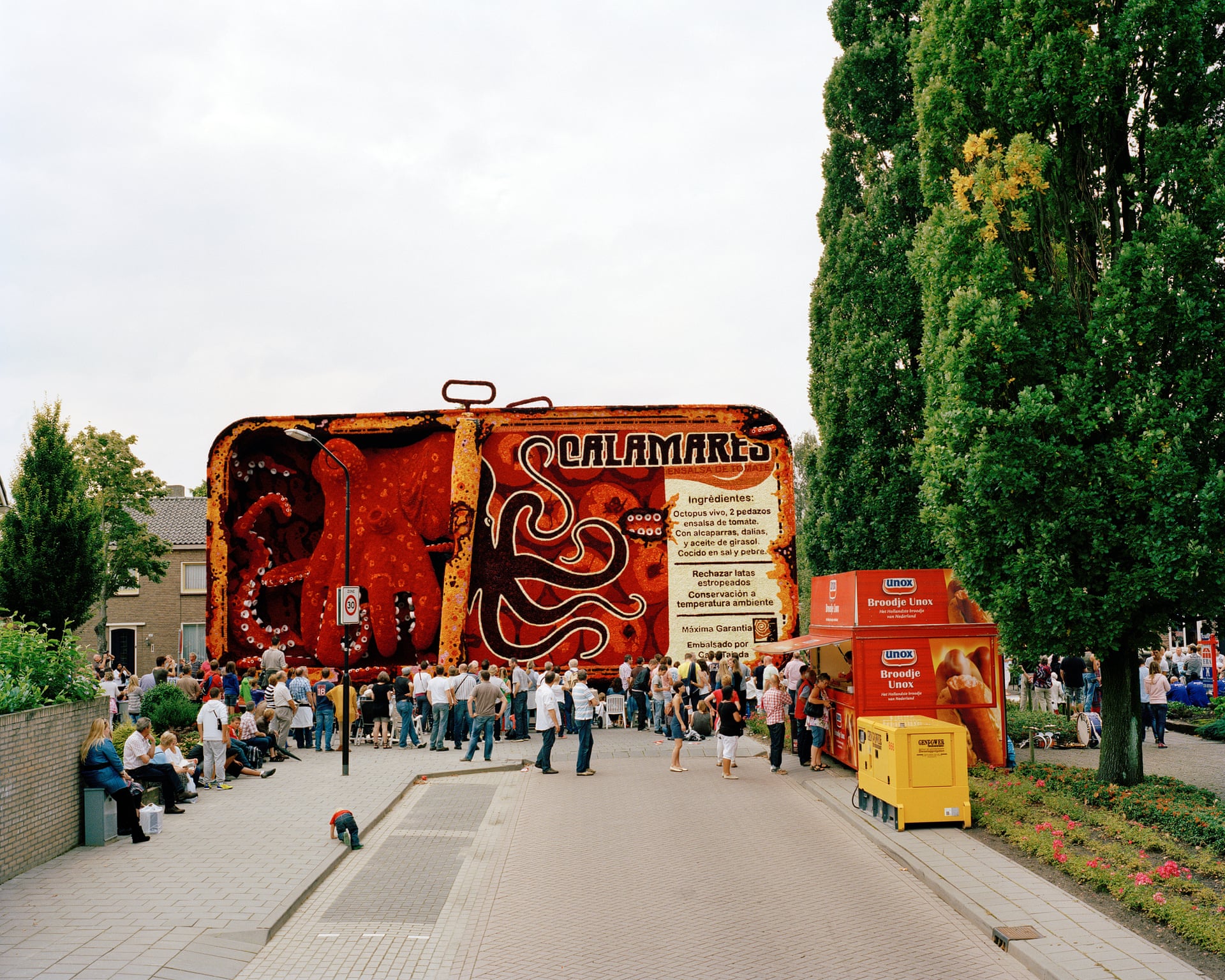 From a collection of Tom Janssen photos of unusual processions and parades in the Netherlands.

Calamari is near and dear to my heart and appetite in spring. Traditional in many springtime festival meals, my favorite is serving chunks and slice of squid in a garlicky tomato sauce. Often with just a little bit too much black pepper for everyone else sharing the meal.

❝A man, 47, presented with a myriad of symptoms that didn’t add up as he rapidly progressed to respiratory failure and a “profound” white cell count, reported Jason Lee, MD, of the UC Davis Medical Center in Sacramento, Calif., and colleagues.

The patient presented with fever, swelling, and muscle pain that had worsened over the course of a week, they wrote in Chest. Antimicrobial agents were initiated, but the man’s condition deteriorated to the point of respiratory failure and ICU transfer…

Investigations into potential parasitic culprits led to Trichinella antibodies, and he was diagnosed with trichinellosis.

❝Trichinella is a roundworm parasite that lives in infected raw or undercooked meat. The parasites release from their cysts upon exposure to stomach acid and pepsin, and subsequently invade the small intestine where they grow into adult roundworms. Once mature, they migrate to striated muscle, such as the diaphragm…

❝…Recovery from this type of infection is slow and can take several months to years to regain full muscular function…Sometimes you eat the bear; sometimes the bear gets posthumous revenge.

I’ll second that emotion. Poisonally, I don’t believe in hunting other predators.