Smell that? Those are blocks of dried horse dung…

❝ AT&T will soon offer 5G mobile service on its 850MHz spectrum, which will enable wider coverage than existing 5G networks but offer only 4G-like speeds at launch. Significant speed increases will arrive in 2020, AT&T says.

❝ The 5G networks already deployed by carriers use millimeter-wave signals that don’t travel far and are easily blocked by walls and other obstacles. This has resulted in coverage maps with small pockets of 5G, and 4G just about everywhere else.

But 5G can work on all frequencies, such as the lower-band frequencies used by 4G. There isn’t as much spectrum available on these bands, so you won’t see anything like the huge speed increases available on millimeter-wave spectrum. But 5G on low-band spectrum will cover wider areas and indoor spaces and hopefully bring some speed increases—Verizon says 5G on the lower bands will be like “good 4G.”

Golly gee, gang. So, what we have to look forward to is “new and improved” crap hardware that finally delivers what the old crap hardware promised.

Anyone wonder if we’ll be charged for the “improvement“. 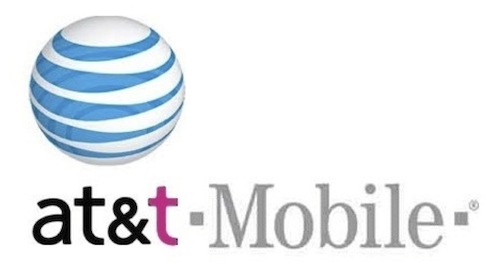 AT&T has announced a definitive agreement to buy Deutsche Telekom’s American T-Mobile subsidiary in a cash and stock deal worth about $39 billion, and giving the German carrier an 8 percent stake in AT&T…

T-Mobile and AT&T share similar GSM and UMTS/HSPA networks, and both are working to build new next generation networks using HSPA+ and LTE. However, obtaining the rights to radio spectrum and building out these networks is both expensive and complex.

AT&T’s chief executive Randall Stephenson said the deal “provides a fast, efficient and certain solution to the impending exhaustion of wireless spectrum in some markets, which limits both companies’ ability to meet the ongoing explosive demand for mobile broadband…”

T-Mobile adds 33.7 million subscribers to AT&T’s network of of about 95.5 million, creating a total of about 130 million users, and becoming the largest American carrier. The deal will also expand Apple’s iPhone to three of what were the top four US carriers, as Apple has already brought it to Verizon earlier this year.

RTFA for the details. Fascinating – and expanded choices for anyone who owns or intends to own a GSM mobile device. In our market in northern New Mexico, we had held off on buying any iPhones or 3G iPads because of the requirement of dealing with AT&T. Their service is mediocre here at best. T-Mobile has been our personal choice for cellular service for years.

OK – aside from the new availability of hardware and increased network access across the country, what will this mean for consumers? In the opinion of many, we’re more likely to be screwed by higher prices, narrower opportunities for software and app developers.

One of the best analysts in the world on the dynamic mobile market is Om Malik. Here’s a link to his analysis as the story broke. Not especially optimistic.

Firstenberg, who says he is hypersensitive to electromagnetic signals from wireless devices, drew headlines last year by suing his neighbor over her use of an iPhone and a Wi-Fi system. A judge has thrown out the iPhone claim, but the Wi-Fi claim is set for trial on March 21. Do you believe it?

Now, Firstenberg is asking for a judge to require AT&T to apply for a special exception from the city to increase the intensity of its signals. Otherwise, he contends, AT&T should be forced to shut off its new system in 30 days…

AT&T’s implementation of 3G service “vastly increased the bandwidth of their radio emissions,” constituting “a change in the intensity of use,” according to Firstenberg’s pro-se petition for a writ of mandamus…

Attached to Firstenberg’s petition are letters from more than a dozen people asking the Board of Adjustment to reject the changes because they are concerned that their health, or that of others, is being damaged by the proliferation of electromagnetic signals.

Angela Werneke of Santa Fe wrote that she has immune deficiency, chronic fatigue and chronic migraines. Although she has not been diagnosed with electromagnetic sensitivity, she wrote, she is “deeply concerned, not only for my own personal health and well being, but also for all those who are being marginalized from our community by the pervasive and rapidly increasing levels of electromagnetic radiation.”

Felicia Noelle Trujillo, a Feldenkrais practitioner in Santa Fe, wrote that she has patients who are undeniably sensitive to electromagnetic radiation and will suffer from “this brutal and instant rise in the levels of EMR in their environment, when they are already in a weakened state.”

The essentially “weakened state” lies between the ears of these Dodo-birds. Certainly, they have a right to initiate lawsuits. Just as certainly the courts have a responsibility to throw them out as soon as the petitions waltz in through the door in all their frivolous glory.

No, I don’t see any more need to speak politely about this foolishness than I must when considering the threat to Homeland Insecurity from that alleged terrorist, Rumplestiltskin.

Russian design from the 1930’s

Guillemots and gannets do it. Cormorants and kingfishers do it. Even the tiny insect-eating dipper does it. And if a plan by the Pentagon’s Defense Advanced Research Projects Agency (DARPA) succeeds, a remarkable airplane may one day do it too: plunge beneath the waves to stalk its prey, before re-emerging to fly home.

The DARPA plan…calls for a stealthy aircraft that can fly low over the sea until it nears its target, which could be an enemy ship, or a coastal site such as a port. It will then alight on the water and transform itself into a submarine that will cruise under water to within striking distance, all without alerting defences…

The challenges are huge, not least because planes and submarines are normally poles apart. Aircraft must be as light as possible to minimise the engine power they need to get airborne. Submarines are heavyweights with massive hulls strong enough to resist crushing forces from the surrounding water. Aircraft use lift from their wings to stay aloft, while submarines operate like underwater balloons, adjusting their buoyancy to sink or rise. So how can engineers balance the conflicting demands? Could a craft be designed to dive into the sea like a gannet? And how will it be propelled – is a jet engine the best solution, both above and below the waves?

According to Norman Polmar, former adviser on naval strategy and technology to the US government, the starting point must be to find a way to make an aircraft that can sink in water. “Submarines cannot fly,” he says, “but seaplanes can submerge…”

“What the Americans want sounds incredibly ambitious,” says UK Royal Navy commander Jonty Powis, head of NATO’s submarine rescue service. “If they achieve half of what they want from this machine they will be doing well.” Others are more optimistic, especially in the light of advances in engineering and materials science since the last attempt – notably in lightweight carbon fibre composites and energy-dense batteries.

RTFA. Learn how much time, effort and money can be spent on designing something useful in 1945 – at the latest.

Mobile operator T-Mobile and Nortel Networks have successfully tested a new high-speed wireless technology designed to make mobile connections as fast as fixed fiber links. A connection was maintained while driving in a car in range of three cell sites on a highway in Bonn, Germany at an average speed of 67 kph.

The experiment achieved data rates of up to 170 Mbit/s for downloads and up to 50 Mbit/s for uploads, the operator said, about three times faster than the new high-speed broadband technology VDSL it is currently rolling out across the country.

If the Long-Term Evolution (LTE) technology proved promising in more everyday situations, the Bonn-based company would consider upgrading its network with it, said Philipp Humm, head of T-Mobile Germany. A decision would be made within six months.

There is increasing urgency for fourth-generation (4G) wireless networks, where growing demand for mobile data is driven by such tools as smartphones and embedded laptops…

Canada’s Nortel Networks has said it sees LTE as the most likely upgrade path for about 80 percent of the world’s existing mobile phone providers, with others going for WiMax.

If it makes it to reality, it would be a lot easier to roll out than fiber. No last mile problems.

And Comcast would grow purple hemorrhoids.