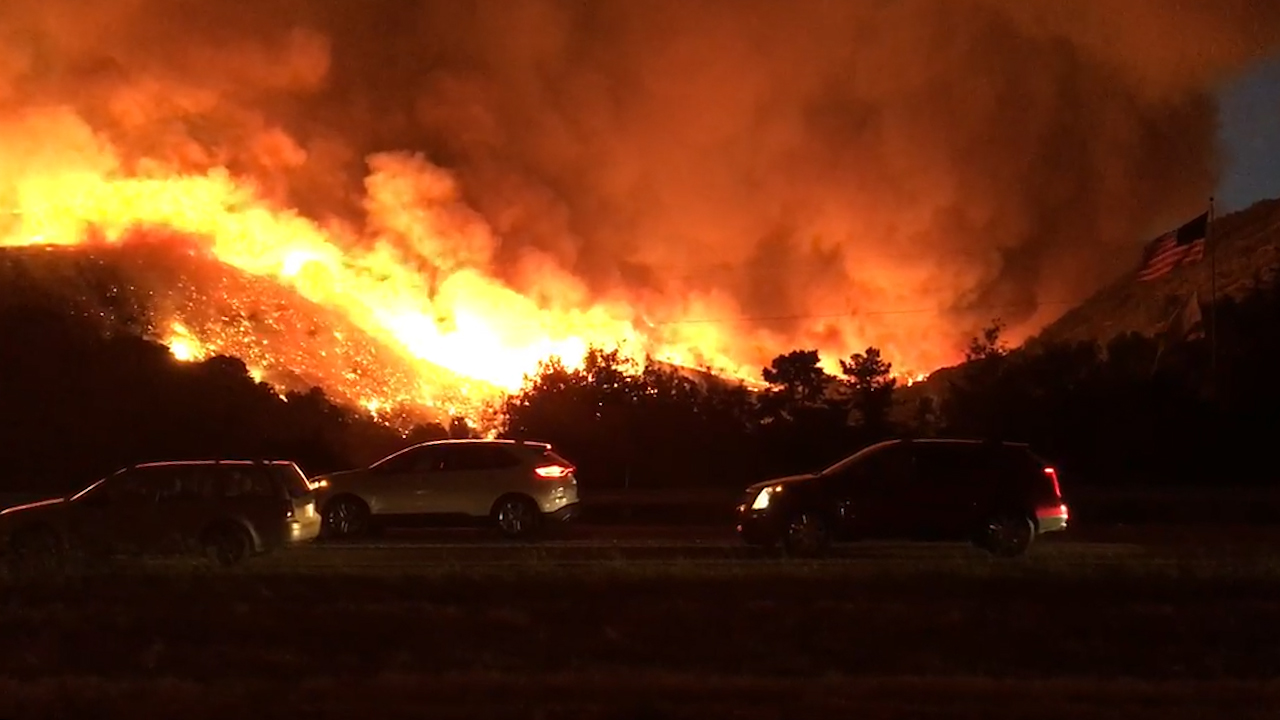 Vehicles stopped on Highway 101 in California

❝ This year’s wildfire season has just started, and it’s already bad. The west is still charred from last season’s burns, and hotter weather has been drying out the landscape’s surviving trees. Meanwhile, climate change is making fire season longer. The end result is a monstrous bed of fuel and weather conditions perfect for an apocalyptic season.

And starved of reasonable funding, the agencies charged with staving off the burn are already running into questions of how to pay for fighting the inferno. The problem is simple: Firefighting costs are rising, but funding can’t keep up…

❝ One possible fix? Get really big fires reclassified as natural disasters — which would let the agency dip into bigger pool for the nastiest infernos.

“If you look at all the fires in a year, 1 percent — the big ones — account for 30 percent of suppression costs,” says Robert Bonnie, Under Secretary for Natural Resources and Environment. “These expenditures can be treated as natural disasters.” At a June 23 meeting, agency leaders kicked that idea through the latest draft of the Wildfire Budgeting, Response, and Forest Management Act. They’ve been trying this for years, but keep getting stymied by a combative Congress.

Instead, the agency has to borrow money from other forest health programs to help keep fires at bay. Normally, that money would be used to fight invasive insects, clear buildups of undergrowth, and monitor disease outbreaks — things that keep the forest from becoming even more of a tinderbox. But as wildfire conditions worsen, the agency keeps on borrowing more from itself. Two decades ago, firefighting burned through about 16 percent of the agency’s budget. Today, that percentage is around half. “Eventually, the US Forest Service will become the US Fire Service,” says Bonnie.

❝ In the meantime, the vicious fire-borrowing cycle is having a disastrous impact on America’s national forest health. Fungal outbreaks, beetle infestations, and other catastrophes weaken the trees. When those trees die, they become fuel.

Like in California. Last week the USFS announced that the southern Sierra Nevada is cluttered with at least 66 million dead trees, which is bad news for the region’s drought-stressed forests. Dead trees create ladders for fire to climb up and spread through the crown. That’s how the 7,500-acre Sherpa Fire near Santa Barbara threatened to take a chunk out of coastal Los Padres National Forest—before fire season even officially got going…

❝ So, forests are dealing with a new millennium’s fire hazards. But the suppression funding structure is still stuck in the ’90s. According to Bonnie, the current wildfire act will need some serious changes before it stands to reverse wildfire trends…He is hopeful that a revised act will have no trouble getting bipartisan support, but he says Congress would have to act quickly to make anything happen by September. And if they don’t start calling catastrophic burns what they are — natural disasters — the only thing left for the Forest Service to manage will be some dry, bare, charred mountains.

Poisonally, I think Robert Bonnie is stuck in a time warp. One where the threat of civilian death and destruction forces bipartisan action in Congress. He’s talking about getting a bill through that combo of Do-Nothing/Know-Nothing political hacks before the election in November.

Congress – especially the House – just proved they’re not capable of bipartisan legislation against the Zika virus. They only offered a Bill with requirements to defund Planned Parenthood, cut Medicare and Obamacare. A zero-sum definition of Public Health.

Love the movie. Love the clip.

Is anyone doing Balloon Boy costumes for Halloween?

Photos from the Houston Chronicle.