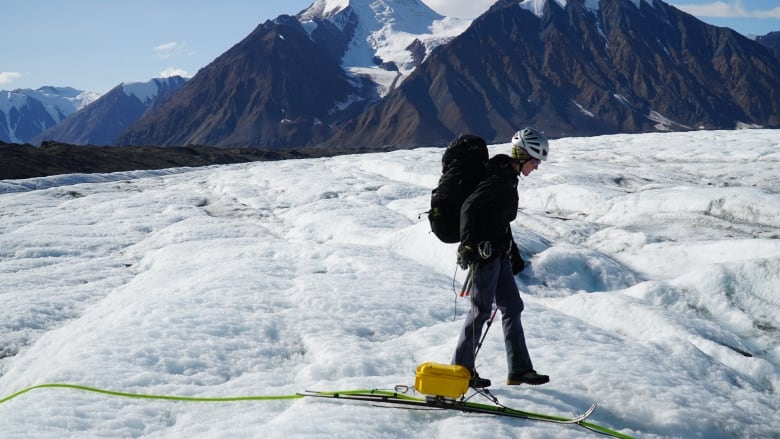 ❝ Here’s a frightening factoid for Donald Trump as he prepares to take office next month: Every Republican president since World War II has been in power during at least one recession.

Of course, as the saying goes, past performance is not necessarily indicative of future results and the billionaire developer may well avoid a downturn on his watch.

But with the economic expansion soon to become the third-longest on record, the risk of a contraction occurring during his time in office can’t be cavalierly dismissed…

❝ The same can’t be said of Democrats. Outgoing President Barack Obama did preside over an economic downturn in his first six months in office – one he inherited from his predecessor, Republican George W. Bush. John F. Kennedy took office just before a recession ended. And the U.S. entered and exited slumps when Jimmy Carter and Harry Truman were in charge.

But it was recession-free during the tenures of Democrats Lyndon Johnson in the 1960s and Bill Clinton in the 1990s.

❝ “The U.S. economy has performed better when the president of the United States is a Democrat rather than a Republican,” Princeton University professors Alan Blinder and Mark Watson wrote in a paper published in the American Economic Review this year.

RTFA if you feel like spending a minute reading a journalist trying to cover his butt by sounding “fair and balanced”. Otherwise, take a look at the crowd of neo-cons and nutballs Trump has cobbled together for a cabinet. All the neo-con types who can’t win a primary in the 21st Century get to guide policy as a matter of choice instead of competency – once again. The losers who felt George the Little was too liberal – and demand economic policies formulated and failing since the days of Hoover and Hayek – get yet another chance at crushing the US economy with dribble-down crappola.

And, then, there are the nutballs. The leadership of stupid over ignorant. I quoted the usual misquote of Mencken in the weeks before the election: “No one ever went broke underestimating the intelligence of the American public.” It still stands. And the truly incompetent, conspiracy-nuts, the spooky fools who get daily headlines on FOX NEWS, led the least-educated portion of the American electorate down the same old primrose path that worked for Hoover and Reagan…and Trump.

Militia types truly are the American equivalent of ISIS jihadists. Confidence only in the force of arms to achieve political ends that even they must recognize are decades out of touch with the rest of this nation.

A secondary school in New Zealand has defended using a conservative Christian sex education pamphlet during a health class.

The pamphlet, titled Safe Sex, describes women who have pre-marital sex as “cheap prostitutes” and says unwed couples who live together are “habitual and irresponsible fornicators”…Published by the US-based Bible Baptist Publications, the material also claims “death and hell” await anyone having gay sex…

It was handed out to 15-year-olds during a health studies class at Papanui High School in Christchurch. A mother who complained about the pamphlet says there wasn’t enough context provided in the lesson, something the school has apparently put down to a substitute teacher taking the class.

Headteacher Jeff Smith says the material was used in order to show students an extreme perspective and in no way reflects the school’s own views. “This is a perspective that is out there and they need to be aware of this, so they can then make informed decisions themselves,” Mr Smith is quoted as saying…

So, next week, is he distributing pamphlets endorsing self-flagellation?

The Ministry of Education says it hasn’t received any complaints, but the debate continues to rage online. Some social media users point out that the material may upset gay students or those from single-parent families, and many think it has no place in a classroom setting. “There is zero excuse for exposing children to this hate-filled nonsense,” one user writes on the Stuff.co.nz website. But others support the school’s argument. The pamphlet was used “in the same way one might discuss perspectives of terrorism” or the views of Adolf Hitler, one man writes. “It is an educated mind that considers a point of view without necessarily accepting it.”

From my perspective, once again, Americans are embarrassed by the crap distributed around the world by the sad leftovers of what simply used to be fundamentalist religion. Now led and populated by fools wholly consumed with fear and hatred.

Can you say “DUH” in unison?

A senior State Department official, responding to critics of plans to relocate the U.S. Embassy to the Vatican, said criticism is based on “a series or myths.”…The embassy will be moved to a larger U.S. compound in Rome that houses the embassy to Italy and the U.S. Mission to the U.N. offices, Politico reported.

The move is to be completed by 2015, and is expected to save more than $1.4 million and increase security, the official…said during a conference call with reporters.

News of the move touched off a flurry of criticism in right-wing media, and former Florida Gov. Jeb Bush joined in, saying in a Twitter post: “Why would our President close our Embassy to the Vatican? Hopefully, it is not retribution for Catholic organizations opposing Obamacare.”

The National Republican Senatorial Committee created a petition this week asserting, “President Obama plans to close the U.S. Embassy to the Vatican…”

“I think there are a series of myths that are running around out there,” the State Department official said.

He said no country has an embassy in Vatican City, as critics of the move assert, and he said there is no truth to claims that the move will include “changing the residence of the Ambassador to the Holy See. I have seen that as well. The Ambassador’s residence is not part of this at all.”

“The third [myth] is that this represents a downsizing of our presence when this happens,” he said. “That is not true as well. Our diplomatic presence will remain one of the largest missions accredited to the Holy See, and that there is no reduction in our diplomatic staff in this process.”

He said all diplomatic embassies are located in Rome, not Vatican City.

American religious nutballs probably qualify for world leadership in paranoia and lies about being oppressed. Given the amount of energy they dedicate to shutting down civil liberties, civil rights and freedom for every minority they can think of – no doubt they hold the record for hypocrisy as well.

The National Security Agency’s new $2 billion Utah data center keeps suffering from costly meltdowns and government officials are not sure of the cause, Siobhan Gorman of The Wall Street Journal reports.

Since August 2012, there have been 10 electrical surges that have prevented the NSA from using computers. One official described them as “a flash of lightning inside a 2-foot box.”

Each meltdown caused as much as $100,000 in damage. The center requires about 65 megawatts of electricity to run, at a cost of more than $1 million a month, and the surges are probably connected to the electrical system’s inability to simultaneously run computers and keep them cool.

The Army Corps of Engineers (ACE), which is overseeing the data center’s construction, disagrees with contractors on a number of issues, noting that the causes of the meltdowns “are not yet sufficiently understood” despite contractors’ assertions the “root cause” had been uncovered.

In a report, an ACE team notes that the government has incomplete information about the design of the electrical system. It also found that regular quality controls in design and construction were bypassed in an effort to “fast track” the Utah project…

One…report said that the center has the potential to store as much as 5 zettabytes (1 zettabyte = 1 billion terabytes = 1 trillion gigabytes). With just 1 zettabyte (1024 exabytes) of space, the NSA can store a year’s worth of the global Internet traffic (which is estimated reached 966 exabytes per year in 2015).

Gorman notes that the agency currently “collects the phone records of nearly all Americans and has built a system with telecommunications companies that provides coverage of roughly 75% of Internet communications in the U.S.”

I’ve blogged about the construction of this spy center before. Interesting – but not surprising – to learn all the stupidity of the Bush administration has carried over from design to quality control in construction.

Useful standards for building data centers have been around since the first telephone/alarm system control centers. Skipping QC to keep the biggest snoop in the world ahead of the curve is the sort of foolishness we’ve come to know and love from the paranoid right-wing in America.

From a much larger article over at Quartz.

Betsy Ross had it right

The flag flying over the Capitol building on the Fourth of July might look like your typical Old Glory. But you probably won’t notice the fibers that make it special. It’s believed to be the first hemp flag to flutter over the dome since the government began outlawing marijuana’s less-recreational cousin back in the 1930s.

Colorado hemp advocate Michael Bowman is the man responsible for getting the flag, made from Colorado-raised hemp and screen-printed with the stars and stripes, up there.

He cooked up the idea while lobbying Congress this year to include pro-hemp measures in the farm bill. That legislation failed, of course, but the seed of the hemp flag had been planted.

Rep. Jared Polis (D-Colo.) gave Bowman an assist with the details, which included working with the Capitol’s flag office. (The flag program allows people to buy flags flown over the Capitol, so they rotate in new Old Glories nearly every day.)

“It’s a powerful symbol,” Bowman says, adding that the red, white and blue flying over the Capitol is a reminder of the role that hemp played in the founding and early days of the country. Betsy Ross’s flag was made of hemp, he notes, and Colonial settlers even paid their taxes in the crop — it was used for all kinds of goods, from rope to fabric to paper. Those Conestoga wagons heading west were covered in canvas fashioned from hemp fibers…

After its Capitol flight, the flag will make its way back to Colorado, where it will fly over the state capitol building in Denver. After that, Bowman is sending it out on a tour of state houses in states where there’s legislation pending that would legalize hemp. One of the first up: Vermont.

One more small step – albeit symbolic – for the legalization of hemp, hemp products, and their mellow cousins. Overdue, of course; but, it still takes a couple generations to lever a bit of truth past the dolts who play Let’s Pretend in Congress.