No injuries were reported when a Union Pacific train derailed and caught fire on a bridge over Tempe Town Lake in Arizona, officials said Wednesday.

Plumes of smoke could be seen rising into the morning sky beneath a trail of flames on video and images from the site of the derailment, where part of the bridge collapsed.
The train was hauling unknown hazardous material, according to the Tempe Fire Department.

One section of the Salt River Union Pacific Bridge — which was built in 1912 — had completely collapsed just on the side of the lake, with some of the train cars detached and on the ground.

Quality infrastructure maintenance — How NOT to do it! 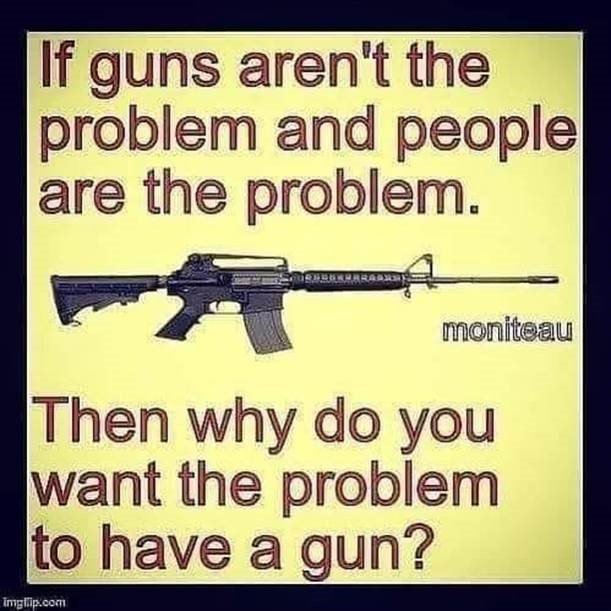 So said management legend and author Peter F. Drucker about the value of using metrics to define specific objectives within an organization.

Drucker is no longer with us; if he were, he might want to have a few words with Republican Governor Sam Brownback of Kansas. Brownback, despite promising to measure the results of a “real life experiment” in cutting taxes, has decided to cancel a quarterly report on the status of the state’s economy.

❝ Although Brownback’s spokeswoman said “a lot of people were confused by the report,” no one has been fooled. The problem was that the reports didn’t match the governor’s predictions for the state’s soon-to-be-booming economy. Local news media, including the Topeka Capital-Journal and the Kansas City Star, flagged the abandonment of the reports as evidence not only of policy failure, but as an attempt to hide that fact from the public…

❝ Since the Brownback tax cuts were passed, almost nothing has gone as promised in Kansas. Revenue plunged and the state resorted to pulling money out of its rainy-day fund to plug the holes. A number of critical services, including for road maintenance and schools, were cut. The business climate has been poor, and the economy has lagged behind neighboring states as well as the rest of the country.

Why hasn’t this worked out? As we have discussed before, the failure of the Kansas tax cuts to do what was promised is a simple combination of state budget math and human psychology.

❝ The math is simple: Tax cuts tend to reduce revenue, in Kansas’ case much more than expected. To change people’s behavior requires more substantial incentives than changing things by a few percentage points. The reduced revenue led to spending cuts that lowered quality of life. In response, rising numbers of people and companies have left the state…

Private industry wages in Kansas grew at a slower pace last year than they did in the region and the U.S. — as they did during the past five years…

By just about every measure, Kansas’ tax experiment has failed to meet the promised performance objectives. Killing the quarterly report won’t change this…

❝ Brownback is now said to be considering tax hikes. He has paid the deserved price for his errors, with a 26 percent approval rating, the lowest of any governor in the U.S. The people of Kansas have paid a bigger price.

Dribble-down economics fail for the umpteenth time in a Century. No, that won’t stop Republicans from advocacy. They have nothing else to offer. Modern economic analysis, 21st Century solutions for leftover Republican economic disasters are still a work in progress. The kinds of jobs that give us something that looks like full employment prove that.

And we still have a gerrymandered Congress that keeps useless turd-brain roadblocks in office for at least another 4-6 years. So, don’t get too cheerful, yet, over the possibility of ordinary American voters reforming the system. After all, ignorant Kansas voters elected and re-elected Brownback.

A law forbidding willfully annoying another person is about to be removed from the Grand Rapids, Mich., city code, the city attorney said…”It’s unconstitutional in terms of being vague. It’s simply unenforceable,” Catherine Mish, city attorney, said of the 38-year-old law.

The City Commission is expected to strike the wording from the code, the Grand Rapids Press said Tuesday, noting assault, battery, molestation and endangerment of life remains illegal.

Mish has been scouring the city code for archaic rules worthy of removal.

The law against leaving a restaurant without paying is also muddy, Mish says, noting such cases are currently prosecuted under existing language that prohibits people from taking or removing property not their own.

She has not, however, proposed a change in a 1960s-era law prohibiting the carrying of guns in the city, an ordinance that has prompted demonstrations by gun advocates, the newspaper noted.

I am sometimes accused of willfully annoying people – online – though never accused of being a troll. My habit of pointing out ignorance of history, law, philosophy and science certainly pisses off the expected sector of political animals often in possession of a sixth-grade education at best. The rest of those I tend to offend often have a second-rate ideology they’re stuck into defending for what reason I can’t guess.

I’ll have to peer into New Mexico’s often out-of-date legal code and see if I should be worrying about one more political arrest on my rap sheet. This time for annoying some True Believer, True Local or other.

Meanwhile, the core answer I seek with my questions is significant. Are reactionaries generally stupid or ignorant.

Dutch authorities have decided to approve a motion abandoning a law under which it is a crime to insult God.

The legislation, introduced in the 1930s, has not been invoked in the last half century. However, it still remains illegal under Dutch law to be disrespectful to police officers or to insult Queen Beatrix, the country’s monarch…

The BBC’s Anna Holligan, in The Hague, says that there was much debate about the issue after a Dutch court ruled that the far-right anti-Islam politician Geert Wilders should be allowed to criticise Islam, even if his outspoken opinions offended many Muslims.

In 2008, a coalition government decided against repealing the blasphemy law in order to maintain support from a conservative Christian political party.

But, sooner or later, even the opportunism of professional politicians will be overcome by freedom-loving voters. Eventually, people realize that most “coalitions” are arranged to share power – not principles.

In some corners of the country, people seem to have grown so grumpy about the tangle of government rules and regulations that it may be easier for politicians to promise not what they will do, but what they will undo.

Take Senator Sam Brownback, the Republican from Kansas who is hoping to become governor. In his journeys in this region lately, he has proposed a new Kansas entity, the State Office of the Repealer, whose job it would be to start disposing of all the silly, needless, over-the-top regulations that state officials have dreamed up…

In Missouri, lawmakers passed legislation this spring that repealed more than 200 sections of statutes, including some dusty ones pertaining to the regulation of steamboats, steam engines, pool halls and margarine. In Michigan, lawmakers did likewise, agreeing, for instance, to repeal statutes that had designated as crimes prizefighting and dueling.

The thought of an official designated repealer draws nods (if mildly puzzled ones) from Kansans, but aides to Tom Holland, a Democratic state senator who is also running for governor this year, sound dismissive.

Mr. Brownback, who said he came up with the idea after traveling around Kansas with a former state lawmaker, said he had grown increasing frustrated with the sense, in government, that “it’s always, ‘Well, we need this, we need that, we need this.’ Nothing is ever subtracted in the system…”

Still uncertain, he acknowledged, is what the new position might cost or where it would fit, exactly, into the existing layers of government in Topeka, the state capital.

Americans avoid responsibility whenever possible. Climate change can’t involve human beings. We aren’t responsible for wars our elected scumbag politicians vote for. Republican forms of government delegate responsibility – as long as no one is charged with that responsibility.

Brownback and his lust for teabagger votes might just consider getting off his rusty dusty and using some of that staff Kansas voters pay for – searching out useless laws and fight to have them remaindered. After he checks to see whether or not he’s offending any bible-thumping loyal members of the couple hundred fundamentalist sects he relies on to keep him in office in the first place.

Their marriage struck down, their children illegitimate

A 49-year-old New York man says he is hopeful his marital dispute with his first wife will help reform the state’s current divorce laws.

Gerber’s divorce from his first wife was overturned after Ingrid, 54, won a successful appeal of the divorce and effectively made the former couple legally married once again. The appeal also voided Gerber’s second marriage.

New York is currently the only U.S. state without a so-called no-fault law, meaning an individual can only be granted a divorce if they prove their spouse either had an affair, been cruel to them or withheld sex for a year.

Retired judge Sondra Miller told the Post cases like Gerber’s indicate New York needs to implement a no-fault law, which allows divorces to take place without proof of wrongdoing from either side.

Everyone always thinks of New York as the center of progressive, modern politics. After all, New York City is the capitol of the world. True in finance, entertainment and many other fields.

But, that’s New York City. It sits at the southern tip of a state like the rest of the United States. It’s unique history is only so – in the city. Upstate politics is conservative where it’s not reactionary. Politicians still think they’re pandering to 19th Century patrician estates – or truck farmers who hate everything modern except the Interstate Highway system. And they’re still not certain about that.

No Fault divorce exists throughout the country. I hadn’t realized they still live in the 1950’s world of Father Knows Best – in New York – but, obviously they do.