The Venn diagram of objects you can eat, and objects from which digital synthesizers have been made is one with minimal overlap. But thanks to Gadget Gangster’s Jeff Ledger and his Bananaphone touch capacitance synthesizer, that union has gotten a little bigger.

Apparently inspired by a recent Kickstarter project (almost certainly the MaKey MaKey, which enables bananas and other objects to be put to use as a computer interface devices), the Bananaphone is instead built using some of Gadget Gangster’s own add-on kits based around the Parallax Propeller microcontroller.

With the addition of some bananas, an amplified speaker, as well as a 220-ohm resistor and some alligator jump wires from Radio Shack, Ledger was ready to construct the Bananaphone…

Though obviously less versatile than the MaKey MaKey, the Bananaphone ably demonstrates how capacitive sensing can be put to use with relatively few electronics.

Any suggestions on where we might go with this concept? More fruit? Something sensual? Political?

Australian underwear company AussieBum has been monkeying around and the result is a range of men’s underwear made with bananas.

The banana fiber used in the underwear is made from a bark weave from the banana plant and makes the underwear not only lightweight, but also very absorbent, he said. “Naturally you can’t really add anymore banana fiber than that because it might be a bit squishy,” said Jones, adding that wearers did not have to worry about real monkeys, as the underwear does not smell like a banana.

Where’s Donovan Leitch when you need him? 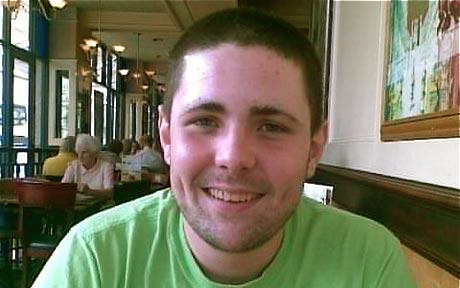 The Crown Prosecution Service spent £20,000 on the trial of a man accused – and later acquitted – of stealing a 25p banana, it has emerged.

James Gallagher, 23, was found not guilty this week of stealing the fruit from an Italian restaurant in Birmingham’s Bullring shopping centre before it opened at 8.45am on 13 March.

The two-day trial was heard in Birmingham crown court rather than a magistrates court – incurring significantly more costs for the CPS – because Gallagher elected to have his case heard in front of a jury. He said he believed that magistrates would have found him guilty.

Gallagher, from the Handsworth area of Birmingham, said after the trial: “It’s shocking, it’s just a waste of taxpayers’ money. I cannot understand how they’ve got away with it.”

The CPS defended its decision to spend around £20,000 on the case – “We felt that there was sufficient evidence and it was in the public interest for the prosecution to proceed.”

Niall Skinner, for the defence, told the jury that Gallagher and another man, who was given a 12-month conditional discharge after pleading guilty in March, were tipsy after drinking to celebrate Gallagher’s 23rd birthday. He argued that Gallagher had not been given the chance to pay for the banana, even though the restaurant had not opened, because security guards had acted so quickly.

Authorities say a Fairfield, Conn., teacher has been charged with making a 5-year-old eat a banana from a garbage can.

Anne O’Donnell, 67, is charged with risk of injury to a minor, a felony punishable by up to 10 years in prison, The (Bridgeport) Connecticut Post reported Tuesday.

O’Donnell, who appeared in court with her lawyer Monday, allegedly retrieved a unpeeled banana discarded by the boy, peeled it and told him to eat it, which he did, said a police report on the March 12 incident at the Park City Magnet School.

O’Donnell has been placed on medical leave pending the outcome of the case, said her lawyer, Robert Berke, noting his client had been “well respected in the classroom for years and is now being portrayed as a monster.”

The boy was so traumatized he now becomes physically ill when it is time to go to school, said his mother, Latoya McLean.