Four of the largest U.S. corporations have agreed to pay roughly $26 billion to settle a tsunami of lawsuits linked to claims that their business practices helped fuel the deadly opioid crisis.

Johnson & Johnson, the consumer products and health giant that manufactured generic opioid medications, will contribute $5 billion to the settlement…

North Carolina state Attorney General Josh Stein, who helped negotiate the deal…noted that most of the funds are earmarked for health care and drug treatment programs designed to ease the opioid crisis.

None of the companies acknowledged any wrongdoing.

Of course not. That’s not the American Way of dealing with corporate guilt.

Frederick Banting, who patented insulin, sold that to the University of Toronto for $1. Because it belongs to humanity, the sick, sufferers with diabetes.

2021, is the 100-year anniversary of the discovery of insulin by Frederick Banting, James B. Collip, Charles Best, and John J.R. Macleod. The patent for the hormone, which was extracted from an animal pancreas with the goal of helping those with diabetes control their blood sugar, was sold to the Governors of the University of Toronto in 1922 for only one dollar. The four men credited with this groundbreaking discovery had no shortage of disagreements — Banting and Macleod chose not to put their names on the patent, with Banting of the opinion that as a physician who had taken the Hippocratic oath, it would be inappropriate for him to patent the discovery of a medical treatment. But even those who did opt to patent the hormone chose not to profit from it, despite facing the prospect of astonishing wealth from their potent and widely-needed treatment…

Since its discovery, insulin has actually become cheaper to produce. Most insulin on the market today is recombinant…If the price of insulin amounted solely to the manufacturing cost, each person with diabetes would pay a maximum of $6 for insulin each month. The enormous disparity between this estimation and the much more expensive reality is attributed to price gouging by pharmaceutical companies.

Read the complete article and draw your own conclusions. No surprises, eh?

Patients and their families may see hope in the news that the Food and Drug Administration has approved a drug to slow the pace of Alzheimer’s disease. Aducanumab is the first medicine authorized to treat what might be an underlying cause of the disease: amyloid beta clumps that accumulate in the brain. Yet the evidence from clinical trials that this drug reduces Alzheimer’s is incomplete; it may be only minimally effective, if it works at all. The FDA’s own expert panel strongly objected to the drug’s approval.

All of which makes the FDA’s announcement both perplexing and wrong. It threatens to mislead millions of Alzheimer’s patients. At the same time, because Biogen plans to price the drug at $56,000 a year for the average patient, it also stands to cost Medicare and other insurers a bundle. This underlines the need for two kinds of reform. First, the FDA needs to rethink its processes for approving drugs. Second, the rules controlling how Medicare chooses and pays for medicines need a thorough overhaul.

The FDA has failed to fully explain why it overruled the almost unanimous advice of its advisory panel on aducanumab. The agency didn’t deny that the clinical-trial evidence was poor. It simply ignored that problem and used different reasoning to grant the drug “accelerated approval.”…In fact, it’s a more limited endorsement than ordinary approval, indicating that the drug has not proven a “real effect on how a patient survives, feels or functions,” in the FDA’s words, but nevertheless acts on an underlying disease process in a way that might predict such a benefit…

Despite that, Biogen will sell aducanumab — under the brand name Aduhelm — at an exorbitant cost…The nonprofit Institute for Clinical and Economic Review has said that even if the drug works as well as Biogen suggests it can, it would be cost-effective at a price of $2,600 to $8,300 a year…

But, hey…Congress apparently thinks Biogen should get every penny they can squeeze from us, our tax dollars and anything else they lay their greedy hands on.

❝ “It’s what we believe to be the biggest corporate cartel in history and probably the biggest antitrust price-fixing case in this country, certainly right now and maybe in our nation’s history,” Connecticut Attorney General William Tong said Monday on “CBS This Morning.”…

❝ “What’s really troubling is it’s clear that they’re just going to break the law as long as they can afford to do so. You know, these are extraordinarily powerful forces that got away with price increases as high as 1,000%, 2,000%. Last night on ’60 Minutes,’ they reported that a drug that I take, doxycycline, saw a price increase of 8,000%. And they’ve gotten away with it for such a long time and that’s why it took more than 40 states coming together and taking them on, on behalf of the people of this country.”

❝ A casual observer of April’s House Energy and Commerce subcommittee hearing might think insulin prices just go up by themselves.

After all, the key industry executives filed opening statements to the congressional panel outlining patient-assistance programs, coupons and discounts — a range of price reductions that might make one think this life-or-death diabetes medication is easily affordable to the patients who need it….

❝ In fact, the price of insulin nearly doubled from 2012 to 2016 alone, triggering national headlines about the resulting hardships — sometimes deadly — suffered by people with the Type I-version of the condition who are left to ration insulin because it is too expensive for them to use as prescribed.

They disagreed a lot. All that counted was whose lies were the most believable. For years, no one has owned more members of Congress than Big Pharma. Giving a minimum of $15,000 a year to anyone elected to Congress. House or Senate. Big enough player? You get more. A lot more.

“In 2009, PhRMA spent about $25 million lobbying the government, Bloomberg said.

The trade association spent $6 million in the fourth quarter of 2018 and $10 million in the third, as it lobbied the Trump administration and federal government over a myriad of policies…”

“CNN said the pharmaceutical and healthcare sector spent $194 million lobbying the government in 2018. That amount does not include the lobbying efforts of PhRMA…”

You’d think with what’s left of the Republican Party kissing the Fake President’s butt every hour of the day they might at least come up with a cure for hemorhoids! 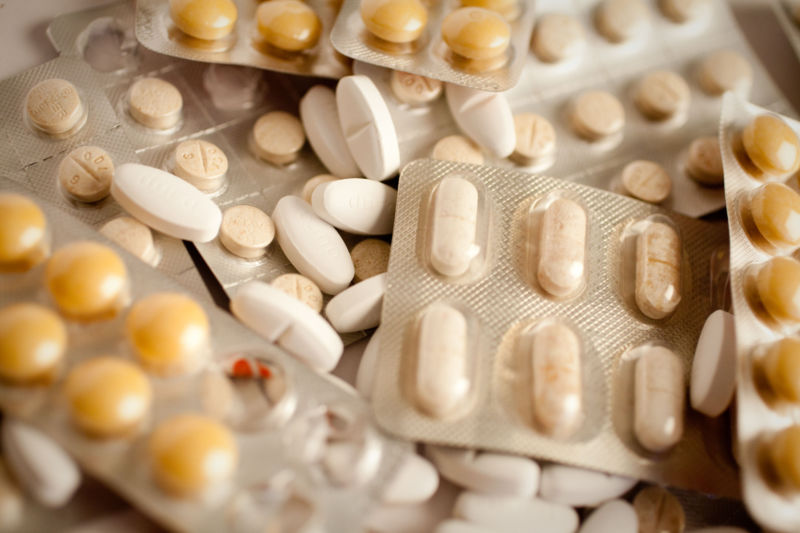 ❝ Of the more than 1,600 generic drugs approved by the Food and Drug Administration since January of 2017, more than 700—or 43 percent—are not for sale in the US, according to a new analysis by Kaiser Health News.

The finding means that many pricy, brand-name drugs are not facing the competition that could help drive down soaring prices. Among the drugs missing in action are generic versions of the expensive blood thinner Brilinta and the HIV medication Truvada. Moreover, of the approved drugs that would offer a brand-name drug its first competition, 36 percent are being held off the market, the analysis found…

❝ Whatever the reason, keeping approved generics from the market is “a real problem because we’re not getting all the expected competition,” FDA Commissioner Scott Gottlieb said…

Generic approvals at the FDA have ramped up in recent years, and the agency is cracking down on anti-competitive tactics, Gottlieb said…

Even when generics grow to play a significant role in market pricing the usual result is a one-third price cut. Experience tells me whatever price cut a national-class company makes – that’s often only half of how much they can afford.

❝ Patients seen at urgent care centers for common conditions such as asthma, the flu, and the common cold are more likely to receive antibiotics unnecessarily, compared with patients treated for the same illnesses at other types of health care facilities. In fact, nearly half (46 percent) of patients in urgent care centers who were diagnosed with one of the acute respiratory conditions for which antibiotics are neither recommended nor effective received an antibiotic prescription anyway.

In retail health clinics, just 14 percent of patients did…

❝ This new information is part of an ongoing collaboration between Pew and CDC to better understand and improve antibiotic prescribing in the U.S., which is key to slowing the spread of antibiotic-resistant superbugs. The findings build on previous research led by Pew and CDC using different data sources, which showed that:

❝ Patients with acute respiratory infections often do not receive the recommended treatment.

Ask questions, folks. Learn to say “NO” if you feel the answers aren’t made clear.

I know it’s a battle to find the right doctor – if you can find one who understands the economics of our crappy healthcare system. Unless you’re independently wealthy, of course. My wife and I have been fortunate enough to spend recent years with a young couple of physicians, husband-and-wife, who are well-educated and open-minded. Good for us! Still, there’s always a disaster imminent that requires urgent care. Keep your options open.

❝ America’s federal database of medical treatment guidelines—a resource for doctors, hospitals, and patients for more than two decades—will be dead on Tuesday (July 17). The National Guideline Clearinghouse website at Guidelines.gov was shut down by the Agency for Healthcare Research and Quality, it said, because “Federal funding through AHRQ will no longer be available to support the NGC.”

❝ Rep. Hal Rogers (R-Ky.), chair of the House Appropriations Committee until the beginning of last year, had targeted the agency for elimination even after doctors warned him not to kill Guidelines.gov. As TYT reported on Sunday, Rogers doubled the number of health-industry companies in which he invested last year…The White House also pitched killing the research agency…

❝ …Big healthcare companies have billions of dollars at stake in which guidelines consumers use. An estimated 200,000 visitors turned to Guidelines.gov each month. For decades, the federal guidelines have had something of a monopoly. As of Tuesday, that will no longer be the case.

NO lobby forks over more dollar$ to members of Congress than Big Pharma. Keeping the American drugs industry at a level of profits exceeding their take in any other country is worth every member of Congress they can buy.