It turns out that one of the Grand Old Party’s biggest—and least discussed—challenges going into 2016 is lying in plain sight, written right into the party’s own nickname. The Republican Party voter is old—and getting older, and as the adage goes, there are two certainties in life: Death and taxes. Right now, both are enemies of the GOP and they might want to worry more about the former than the latter.

There’s been much written about how millennials are becoming a reliable voting bloc for Democrats, but there’s been much less attention paid to one of the biggest get-out-the-vote challenges for the Republican Party heading into the next presidential election: Hundreds of thousands of their traditional core supporters won’t be able to turn out to vote at all.

The party’s core is dying off by the day.

Since the average Republican is significantly older than the average Democrat, far more Republicans than Democrats have died since the 2012 elections. To make matters worse, the GOP is attracting fewer first-time voters. Unless the party is able to make inroads with new voters, or discover a fountain of youth, the GOP’s slow demographic slide will continue election to election. Actuarial tables make that part clear, but just how much of a problem for the GOP is this?…

By combining presidential election exit polls with mortality rates per age group from the U.S. Census Bureau, I calculated that, of the 61 million who voted for Mitt Romney in 2012, about 2.75 million will be dead by the 2016 election. President Barack Obama’s voters, of course, will have died too—about 2.3 million of the 66 million who voted for the president won’t make it to 2016 either. That leaves a big gap in between, a difference of roughly 453,000 in favor of the Democrats…

RTFA for details and especially variables critical to both of the two parties if anyone is to take advantage of demographics.

One thing is certain. Dead people don’t vote, at least not as much as they did in Chicago in 1960. Core Republican voters not only oppose change, they fear progress. Core Democrats not only support change broadly, they welcome progress and equal opportunity.

Republicans hope for a narrow discussion of anything but the foolishness that actually guides their decision-making.

Courtesy of the Onion

Thanks to Barry Ritholtz, my 2nd favorite Recovering Republican

Barry Ritholtz, the brains behind the Big Picture blog, is out with his 2014 global market and economic forecasts, and they are brilliant.

10 Year Bond —— Could not fathom a guess

Inflation ——- Not a clue

GDP —— Yes, we will probably have a GDP

Possibility of Recession in 2014 —— Possibility & Probability are 2 different things

Thanks to the BUSINESS INSIDER for republishing this and spreading the word.

As always, thanks to Barry Ritholtz for being not only informative and a thoughtful pedant; but, for being entertaining. 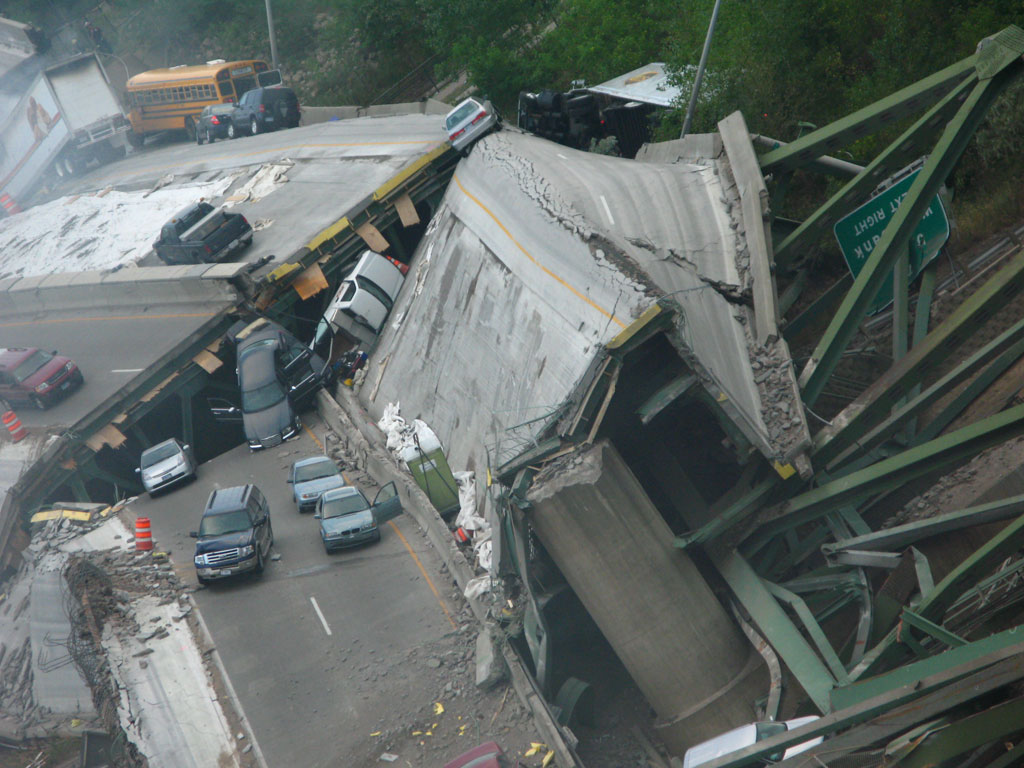 If you have spent much time traveling around the United States, you likely have noticed that our infrastructure looks a bit worn and tired and in need of some refreshing. If you spend much time traveling around the world, however, you will notice that our infrastructure is shockingly bad. So bad that it’s not an exaggeration to declare it a national disgrace, a global embarrassment and a massive security risk.

Not too long ago, the infrastructure of the United States was the envy of the world. We had an extensive interstate highway system, deep-water ports connected to a well-developed rail system and a new airport in every major city (and most minor ones). Electricity was accessible to the vast majority of the nation’s residents, as was Ma Bell’s telephone network.

That was then. In the ensuing decades, we have allowed the transportation grid to get old and out of shape. Our interstate highway system is in disrepair; our bridges are rusting away, with some collapsing now and then. The electrical grid is a patchwork of jury-rigged fixes, vulnerable to blackouts and foreign cyberattacks. The cell system of the United States is a laughingstock versus Asia’s or Europe’s coverage. There are very few things that are done better by government mandate than by the free market, but cell coverage is one of them. Broadband, almost as laughable as our cell coverage, is another…

To get to an “A” would require a five-year infrastructure investment of $2.2 trillion dollars. You can understand why recent proposals of $50 billion were so underwhelming. That is 10 percent of what is required to return the United States to a competitive level with the rest of the developed world. Even the emerging world outshines us in these areas.

That’s the intro. Barry Ritholtz published this at his Washington Post blog October 22, 2011. Ain’t anything much changed. The longer Congressional Republicans keep saying “NO” – the higher the eventual price tag will be.

Barry Ritholtz is one of my favorite Recovering Republicans. He’s retained the essentials of traditional American conservatism including respect for science and mathematics – two qualities missing entirely from the spooky crap sloughed off as ideology by the Tea Party and craven rightwingers huddled inside the dimbulb country club still called the Republican Party.

Click through the link in my post and read the details. They still make sense and all they would provide is a rescue for the infrastructure going back to FDR and Eisenhower, jobs and training for millions of Americans.

Remember when the United States did projects like these? Instead of “democracy and freedom” flowing from the barrel of a gun?

Global defence spending fell by 0.5% to $1.75 trillion last year. This is the first annual decline since 1998, according to new data from the Stockholm International Peace Research Institute, a think-tank. Although America still spends the biggest chunk of the world total, and 69% more in real terms than it did in 2001, its share has fallen below 40% for the first time since 1991.

Indeed, since the recession in 2008, spending has fallen by 10% in 20 of the 37 countries in western and central Europe. By contrast Russia increased spending by 16% in 2012 and further rises are planned to 2015. Russia and America each spent the equivalent of 4.4% of GDP, considerably higher than the global average of 2.5%, but much lower than that of Saudia Arabia, at 8.9%.

Over the past decade China’s military budget has risen by 175%, the largest increase of any of the countries shown in the chart, though this still represents only around 2% of GDP.

The chart speaks for itself. Our government – regardless of blather about pivots, peace initiatives, the dangers of small countries getting big guns and big bombs – still maintains the greatest capacity to destroy the whole planet and all life.

And whines about the possibility of diminishing that danger by a fraction of a percent.