❝ Facebook will no longer allow Red Ice TV and Affirmative Right to use its platform, following a Guardian report on the continued presence of prominent white nationalist organizations on the site eight months after a promised ban.

A Facebook spokesperson said on Tuesday that the company has now determined that Red Ice TV and Affirmative Right violate its policy against “organized hate”. The ban will include the pages of the Red Ice TV hosts Lana Lokteff and Henrik Palmgren, as well as their internet radio show, Radio3Fourteen…

❝ YouTube banned Red Ice in October for repeated violations of its ban on hate speech.

What? Did you think foot-dragging was wholly-owned by the Republican Party. The only part that surprises me is these dilettantes of democracy believe folks angry over backdoor support for bigots will simply forget about them after a while.

AIPAC, which advocates for a staunch alliance between the US and Israel, has frequently sided with Trump administration policies that have supported Israeli Prime Minister Benjamin Netanyahu’s government, making its opposition especially notable.

Notably conservative, even AIPAC recognizes the bigotry of Trump — some would say unpatriotic use of presidential powers — asking a foreign head of state to deny legislative privileges assigned to elected members of Congress in the course of exercising their responsibilities regardless of party or ideology, religion or color.

Trump couldn’t care less about the traditional dignity and requirements of office. Netanyahu is his lapdog.

❝ It seems maddeningly repetitive to have to return time and again to the fact that Donald Trump is a racist, but it must be done. It must be done because it is a foundational character issue, one that supersedes and informs many others, in much the same way that his sexism and xenophobia does.

❝ On Saturday, Trump tweeted that Representative Elijah Cummings’s district “is a disgusting, rat and rodent infested mess,” a “very dangerous & filthy place” and “No human being would want to live there.” Cummings is black, as are most people in his district…

❝ It would be easy to prosecute a case against Trump on policy, but policies are not at the center of the creature. White supremacy, white nationalism and white patriarchy are.

This commentary by Charles Blow in the NYTimes is detailed, profound, in addressing our fake president’s racism. I shan’t waste time and space trying to convince Trump’s supporters. They must be aware of racist content – and not decrying it, not rejecting the front man for this racist attack on America’s body politic – they are willing to be complicit.

The task is to explain this to that larger, sweeping body politic who wish to move forward from the stink of racist populism that now owns the Republican Party. 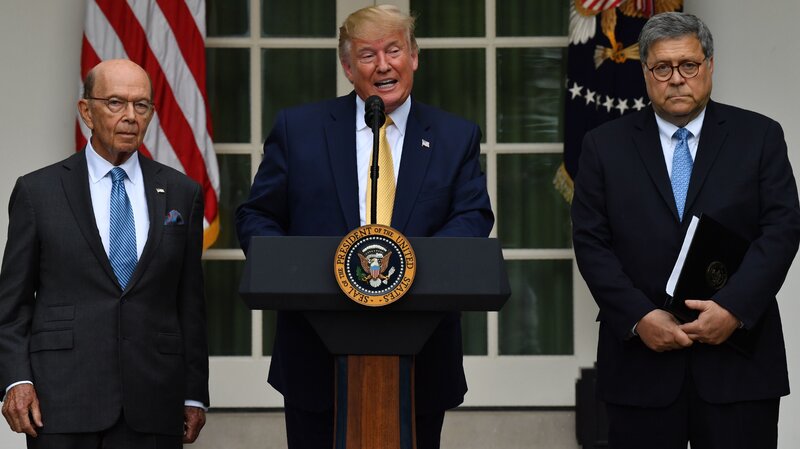 ❝ …Trump retreated from his quest to add a question about US citizenship to the 2020 census on Thursday, declaring instead he would ask government agencies to provide records that could determine a head-count of citizens without polling census-takers directly.

The turnaround comes after Trump repeatedly said he would continue fighting to insert the question despite a Supreme Court ruling that dealt a blow to the effort last month. It reflects legal reality intersecting with Trump’s desire to bolster his image as an immigration hard-liner as he moves ahead with his 2020 reelection bid…

❝ In announcing the decision, Trump insisted he would be unrelenting in seeking out citizenship information from alternate sources. He said agencies would be required to provide the Commerce Department with documents and records of citizens and non-citizens, which he said would help provide an accurate picture of US citizenship…“We will leave no stone unturned,” Trump said.

Then, he crawled back under the rock where he sleeps most of the time…

Ignore the swine and their mess. Soon, they will be delivered to the library of dust and destruction…remembered only as one vaguely recalls taking out the garbage.