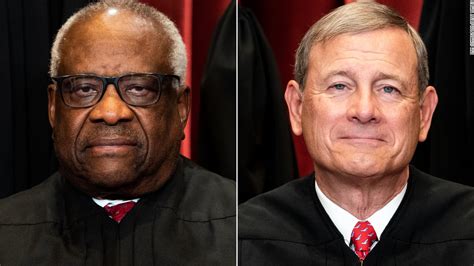 Roberts announced that 30 years ago on that exact date, a ceremonial investiture for Thomas had been held. Thomas, sitting to Roberts’ right, beamed and slung his arm over the chief’s shoulder.

That collegiality in the courtroom, filled with only a few dozen spectators because of Covid-19 protocols, has vanished. The two justices are now engaged in an epic struggle over a new abortion case that could mean the end of Roe v. Wade nationwide and unsettle the public image of the court.

And I don’t care for either of these two pricks. That has nothing to do with this post, however. There are cracks in the ideology often welding these fascist-minded judges together. Worthwhile read for that reason.