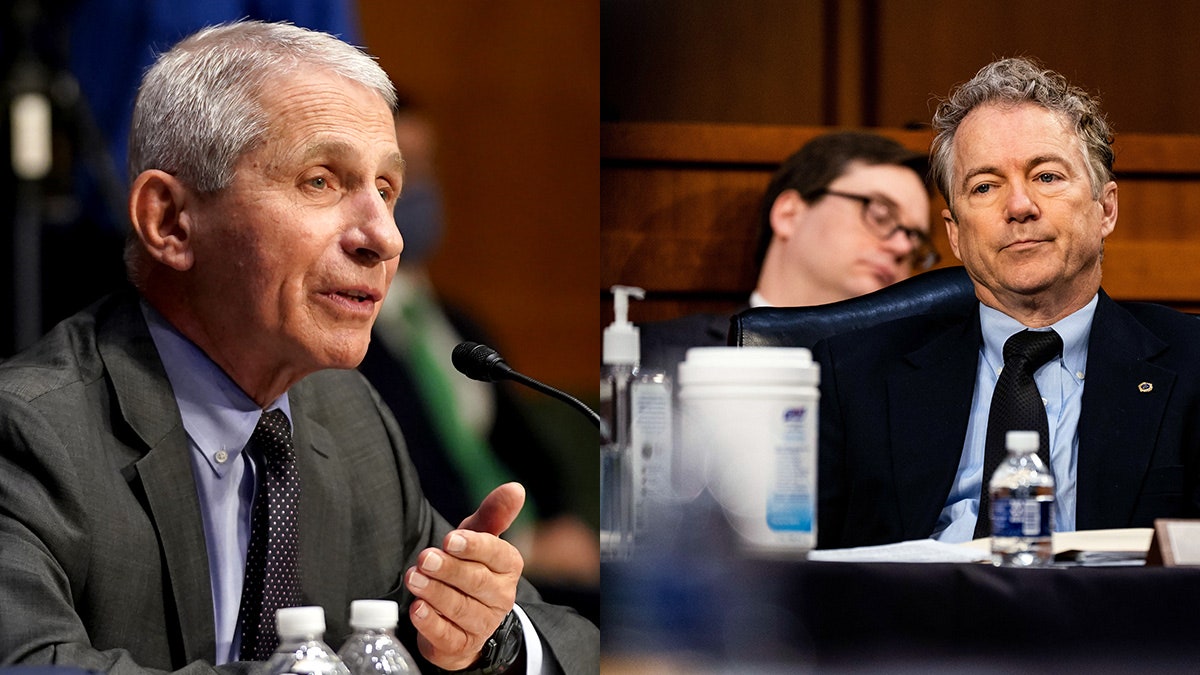 Anthony Fauci has revealed that nausea and a splitting headache are two common symptoms of talking to Rand Paul.

“After thirty seconds of him talking, bam, it hits you,” he said. “You have to lie down in a dark room someplace.”

To avoid these symptoms, Fauci recommended social distancing from Paul “as much as possible.”

Canadian researchers — including a professor from the University of Guelph — have come up with a new, precise definition of boredom based on the mental processes that underlie the condition.

Although many people may see boredom as trivial and temporary, it actually is linked to a range of psychological, social and health problems, says Guelph psychology professor Mark Fenske. He’s among authors of a new study in Perspectives on Psychological Science…

“It’s an amazingly under-studied area given how universal the experience is,” Fenske said.

“The fact that it’s difficult to define is, in part, why there has been so little research done. We need to have a common definition, something we all can agree on, of what boredom is.”

A scientific definition is needed, not only to accommodate the different characteristics of boredom that have already been established, but also to bridge across a variety of theoretical perspectives, Fenske added.

The researchers, led by York University professor John Eastwood, set out to better understand the mental processes that fuel feelings of boredom.

They found that attention and awareness are keys to the aimless state. After reviewing existing psychological science and neuroscience studies, they defined boredom as “an aversive state of wanting, but being unable, to engage in satisfying activity,” which arises from failures in one of the brain’s attention networks.

In other words, you become bored when:

• you have difficulty paying attention to the internal information, such as thoughts or feelings, or outside stimuli required to take part in satisfying activity;

• you are aware that you’re having difficulty paying attention; and

• you blame the environment for your sorry state (“This task is boring”; “There is nothing to do”).

“At the heart of it is our desire to engage with the world or some other mental activity, and that takes attention,” Fenske said. “When we cannot do this —that seems to be what leads to frustration and the aversive state we call ‘boredom.’”

I hope you don’t find this topic, uh, boring!

When Julie Sidder’s daughters were younger, her diaper bag was filled with coloring books, crayons, storybooks and little games in case one of them became restless.

Now that Sidder’s kids are 4 and 7, the diaper bag is gone, but the need for entertainment — especially in restaurants — is not, which is why two-thirds of the apps on Sidder’s iPhone are for her children.

“People have always brought toys, or something to entertain their child, into restaurants and stores,” says the mom, who lives in West Bloomfield, Michigan. “Now we just have better technology…”

More and more parents are discovering smartphones’ similar ability to engage squirmy kids at restaurants, in the car and anywhere else where youngsters grow bored.

Almost half of the top 100-selling education apps in the iTunes App Store were for preschool or elementary-aged children in November 2009, according to a content analysis by the Joan Ganz Cooney Center, which promotes digital media technologies to advance children’s learning.

Expert Carly Shuler says the reason for this — assuming the majority of 3- to 10-year-olds don’t own their own phones — is because adults are taking advantage of the smartphone’s ability to act as a mobile learning or entertainment device for their children.

Shuler, a fellow at the Joan Ganz Cooney Center (part of the Sesame Workshop) calls this phenomenon the “pass-back” effect — as in parents passing their phones back to their bored kids.

Har! And it also makes good sense – presuming you’re bright enough to make good choices of what you store on your smartphone for your kid.