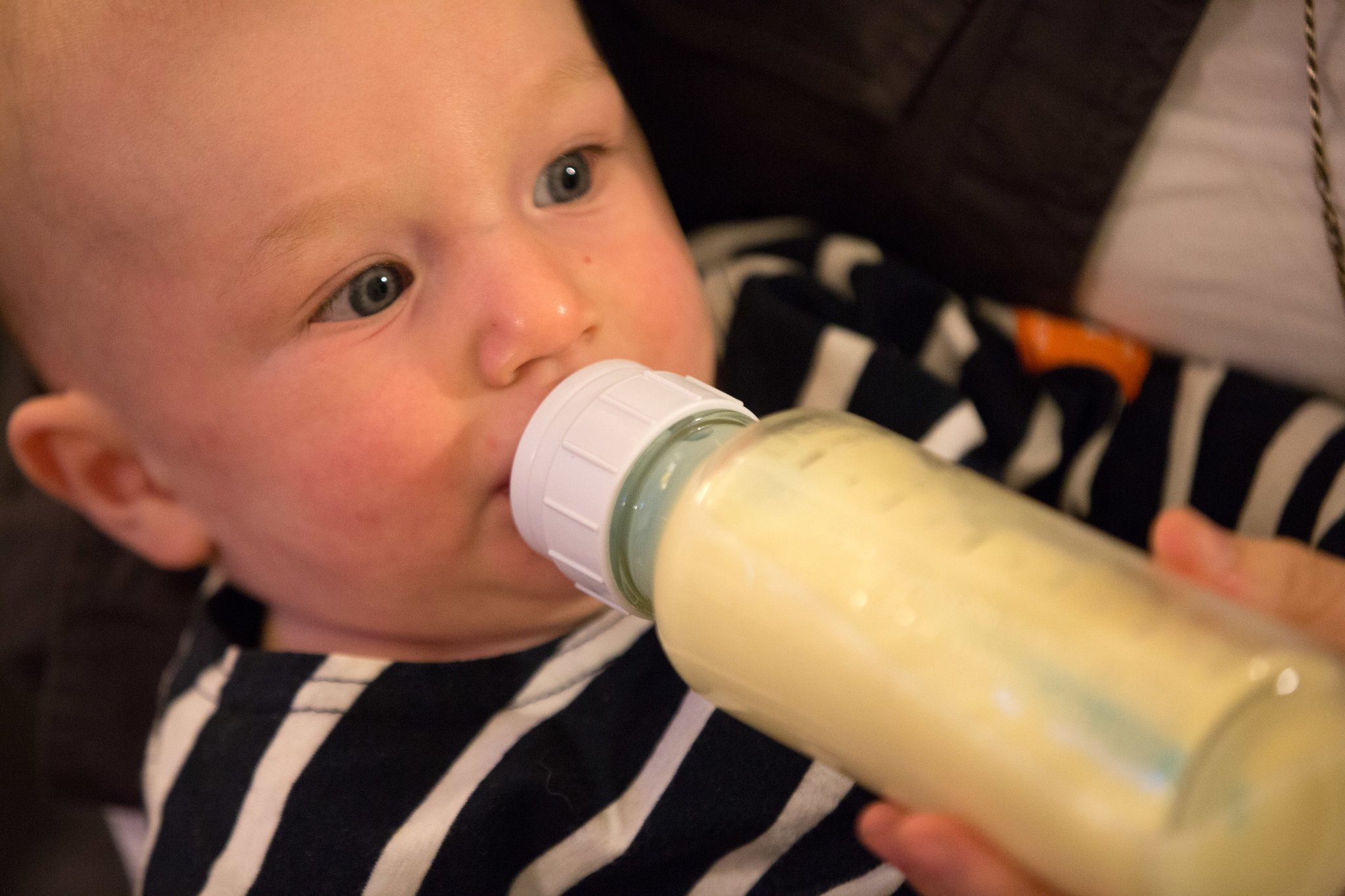 ❝ A resolution to encourage breast-feeding was expected to be approved quickly and easily by the hundreds of government delegates who gathered this spring in Geneva for the United Nations-affiliated World Health Assembly.

Based on decades of research, the resolution says that mother’s milk is healthiest for children and countries should strive to limit the inaccurate or misleading marketing of breast milk substitutes.

Then the United States delegation, embracing the interests of infant formula manufacturers, upended the deliberations…

American officials sought to water down the resolution by removing language that called on governments to “protect, promote and support breast-feeding” and another passage that called on policymakers to restrict the promotion of food products that many experts say can have deleterious effects on young children.

❝ When that failed, they turned to threats…

Trump’s swamp is deeper in greed and lies than any Republican administration since Nixon. It should end the same!


Little girls love mimicking their mommies. They clomp around in high heels, push toy Dyson vacuums and tenderly strap stuffed animals into baby strollers. Big sisters — and brothers — who see their mothers nursing a new baby sibling often pretend to do the same. Lifting their tiny tees, they smush a doll or, in my daughter’s case, a panda to their chest. As parents, we race for the camera and post the adorable pics on Facebook. So why all the brouhaha over the The Breast Milk Baby?

“Yuck” is the general reaction that the sweet-faced Spanish import is receiving in the U.S. It’s apparently a hit in Europe, but more prudish Americans are clamoring to decry the inappropriateness of a doll that lets a young girl pretend to breast-feed. The six models — Cameron, Jeremiah, Lilyang, Jessica, Savannah and Tony — are sold with a flowered halter top for your breast-feeder-in-training to wear. Hold the baby to the strategically placed flower “nipple,” and the doll moves its mouth and makes associated suckling sounds.

Granted, it’s — pardon the pun — pretty over the top. But it’s hardly odder than the anatomically correct boy-doll my mother-in-law bought my son; fill it with water and it obediently wet the plastic potty it came with. Yet while urinating — and defecating — dolls are commonplace, major retailers have shied away from Breast Milk Baby so far, although manufacturer Berjuan Toys intends to tout the doll’s appeal at a mega-trade show later this month in Las Vegas…

Berjuan, meanwhile, is milking its 15 minutes of fame for all it’s worth. On its website, the company trumpets that “God Supports The Breast Milk Baby” and U.S. spokesman Dennis Lewis complains of being labeled “perverts and pedophiles” for promoting breast-feeding. “Churches all over the world are filled with images of Mary nursing baby Jesus, and yet we can’t imagine letting our daughters learn how important breastfeeding is for our society?” he says on the site.

Religious guilt aside, it’s undeniable that the doll is a good match for children, who are naturally curious about biology. The Breast Milk Baby simulates the miraculously complex way a woman’s body can produce all the food her baby needs for many months. It’s one thing to castigate Bratz dolls with their sultry, made-up eyes and Angelina Jolie lips or Barbies with their infinitesimal waists and big boobs; they ooze sexuality and project unattainable body ideals. If anything, The Breast Milk Baby is a refreshing change from the doll-as-tarted-up-playmate paradigm: it’s not about sex; it’s about eating.

Not that there is anything unusual about Americans blurting out their ignorance and archaic fears over sex and/or food. You probably could turn out a joint Christian/Tea Party demonstration against a local retailer offering this doll – ten times faster and easier than, say, the equivalent herd showing up at a public exposition on neutering stray dogs and cats. Though the latter addresses longterm questions our society should deal with and the former – well, the former is a historic footnote on the insecurities of this nation.