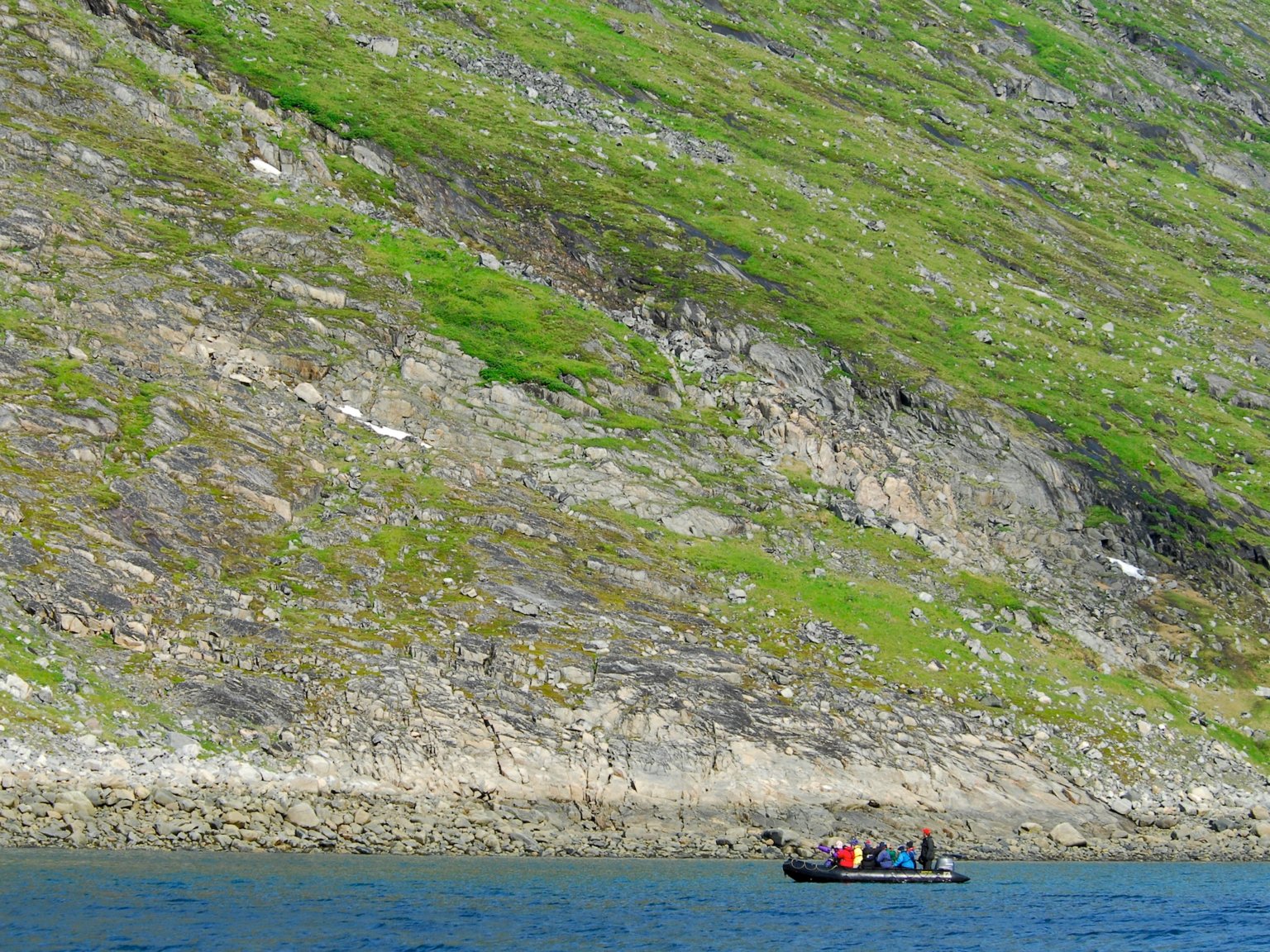 Plants that were frozen during the “Little Ice Age” centuries ago have been observed sprouting new growth, scientists say.

They come from a group from the University of Alberta, who were exploring an area around the Teardrop Glacier, high in the Canadian Arctic.

The glaciers in the region have been receding at rates that have sharply accelerated since 2004, at about 3-4m per year.

That is exposing land that has not seen light of day since the so-called Little Ice Age, a widespread climatic cooling that ran roughly from AD 1550 to AD 1850.

“We ended up walking along the edge of the glacier margin and we saw these huge populations coming out from underneath the glacier that seemed to have a greenish tint,” said Catherine La Farge, lead author of the study…

“When we looked at them in detail and brought them to the lab, I could see some of the stems actually had new growth of green lateral branches, and that said to me that these guys are regenerating in the field, and that blew my mind,” she told BBC News.

“If you think of ice sheets covering the landscape, we’ve always thought that plants have to come in from refugia around the margins of an ice system, never considering land plants as coming out from underneath a glacier.”

But the retreating ice at Sverdrup Pass, where the Teardrop Glacier is located, is uncovering an array of life, including cyanobacteria and green terrestrial algae. Many of the species spotted there are entirely new to science.

“It’s a whole world of what’s coming out from underneath the glaciers that really needs to be studied,” Dr La Farge said.

I wonder if there’s a chance we might reacquire Mothra? 🙂