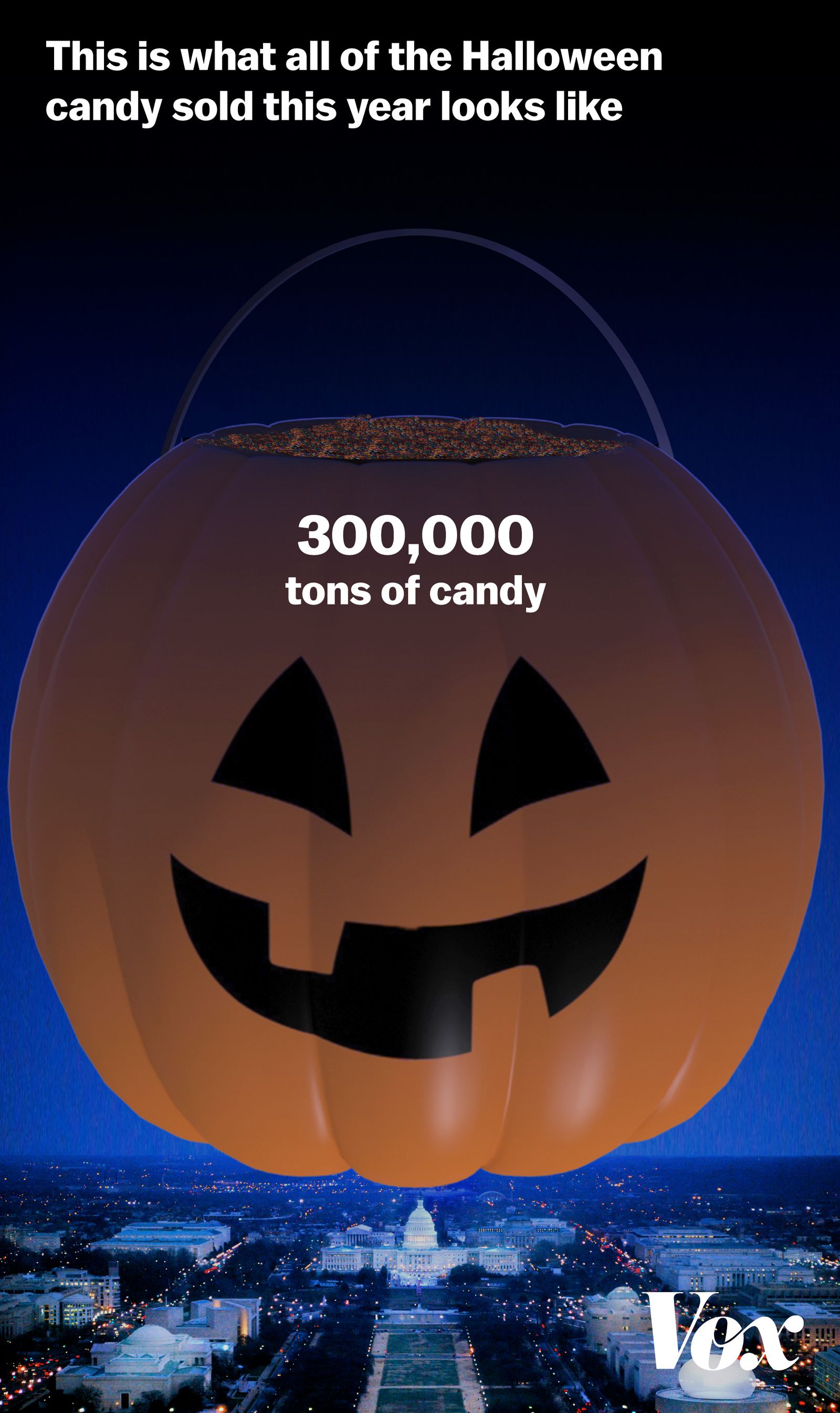 Click the image for information. You can practically hear the teeth rotting.

Did you ever think there would come a day when the sweets you eat actually make you smell sweet as well? Well, my friends, that day is today! Introducing Deo Perfume Candy, the edible deodorant that makes you smell like fresh roses from a stunningly beautiful valley in Bulgaria.

Actually, the concept has been around for some time, but food company Beneo is finally introducing it on the US market, in the form of Deo Perfume Candy. Humans have known about the connection between what we eat and what we smell like for a while, but it was a group of Japanese researchers who discovered that eating geraniol makes people smell sweet. There was even a chewing gum called Otoko Kaoru (“man scent”) launched years ago, but it didn’t really catch on and it was soon discontinued.

Deo Perfume Candy is currently priced at $10 per bag, considerably more expensive than traditional deodorants, but you can’t really eat Old Spice, can you?

The inevitable question comes to mind. Will this crap kill me?

I remember when the local bus company in the New England factory town where I lived “revolutionized” environmental issues by making their exhaust fumes smell like roses – without removing any harmful chemicals or particulates.

A 9-year-old Ukrainian boy spent nearly $4,000 on candy in several days, the money coming from his parents’ savings hidden in a couch.

“The disappearance [of the money] was first spotted by his father. He opened the stash and saw it was empty,” said Tatyana Kushnerova of the Konotop, Ukraine police department.

After an argument, the son admitted taking the money during his autumn school holiday, $3,300 in U.S. cash and about 600 euros, converting it to Ukrainian hryvnas with the help of an adult acquaintance and spending it on candy, which he shared with friends…

He should be sick for a year. Which is OK – it’s likely to be that long before his family lets him back in the house.

Coca-Cola and Pepsi are changing the recipes for their drinks to avoid being legally obliged to put a cancer warning label on the bottle.

The new recipe for caramel colouring in the drinks has less 4-methylimidazole (4-MEI) – a chemical which California has added to its list of carcinogens. The change to the recipe has already been introduced in California but will be rolled out across the US.

Coca-Cola says there is no health risk to justify the change. Spokeswoman Diana Garza-Ciarlante told the Associated Press news agency they wanted to ensure their products “would not be subject to the requirement of a scientifically unfounded warning”…

The chemical has been linked to cancer in mice and rats, according to one study, but there is no evidence that it poses a health risk to humans, said the American Beverage Association, which represents the wider industry.

The US Food and Drug Administration (FDA) claims a person would need to drink more than 1,000 cans of Coke or Pepsi a day to take in the same dose of the chemical that was given to the animals in the lab test…

It said that apart from California “not one single regulatory agency around the world considers the exposure of the public to 4-MEI as present in caramels as an issue”.

There’s no truth to the rumor that California is going to require signs posted on popular beaches that skimpy bathing suits cause pregnancy.

A new generation of smokeless, flavored tobacco products that look like breath mints or breath-freshening strips may be life-threatening for children who mistake them for candy, according to researchers from the Harvard School of Public Health and the Centers for Disease Control and Prevention (CDC).

“Nicotine is a poison, and now we’re seeing smokeless tobacco products that look like Tic Tacs or M&M’s, which parents can leave on the counter and children can be attracted to,” says Greg N. Connolly, D.M.D., the director of the Tobacco Control Research Group…

The new products — currently being test-marketed in three cities — include Camel Orbs, which resemble breath mints; Camel Sticks, which are about the size of a toothpick and dissolve in the mouth; and Camel Strips, which are similar to breath-freshening strips. Small, teabag-like “snus” — pouches filled with tobacco that are placed between the upper lip and gum — are also a potential hazard, according to the study, which appears in the journal Pediatrics…

Although children in the study were most often poisoned from eating cigarettes and smokeless tobacco products in general, the researchers single out the new, dissolvable products — especially Camel Orbs — as a “major concern.” Orbs are available in cinnamon and mint flavors and could easily be mistaken for candy, the researchers say…

“An adolescent thinks this is harmless because it looks harmless, but they’re exposing their brain to nicotine, and there’s a chance that they would be primed to develop a nicotine addiction,” says Winickoff, who was not involved in the study. “If teens ended up using smokeless product because they are attracted to candy flavors and they end up getting addicted to nicotine, the public health benefit of smokeless tobacco is neutralized.”

Once again, the distinctions between avarice, deceit and good old-fashioned corporate greed are blurred in the name of marketing.

A Dubai-based company is opening what it says will be the world’s largest confectionary store in Dubai as it looks to tap demand from the Gulf Arab region’s hunger for candy.

Candylicious, which initially opens in one of the world’s largest shopping centers, The Dubai Mall, is also planning a second store in Singapore early next year, Sunaina Gill, director of Retail Is Detail, a Singaporean family business in Dubai…

“We are planning 10-15 stores in the Gulf Arab region over the next 3-5 years, with additional stores to open in Dubai and Abu Dhabi in the next 12 months,” said Gill…

Dubai is an ideal place for the store, said Gill, adding there was a gap and sufficient demand in the market for a confectionary store of this type, especially with 30 million visitors a year expected to visit the Dubai Mall…

In addition to its sweets, the 10,000 square foot store features a huge 10-meter singing chocolate tree decorated with lollipops.

Uh, OK. If we can’t defeat the Oil Patch Boys in Congress, maybe we can get them to do themselves in with sweets?

At some point, Bailey handed her grandfather what looked like an unopened bag of Tropical Skittles. No one thought to ask where the candy came from. Jeffrey Ball, 40, told deputies he opened the package and handed it back to the girl…

When another relative, James Shye said he was hungry, Jeffrey Ball offered him a partially eaten bag of Skittles. Shye poured the candies into his hand. Out came pills.

The adults in the car were horrified by the implications.

They noticed that Bailey was behaving strangely and seemed lethargic. Had she ingested some of these pills?

The family drove straight to University Community Hospital in Carrollwood…

Doctors believe Bailey swallowed the controlled substance, but aren’t sure how much, Sheriff Winsett said.

The fact that she chewed the pills like candy may have slowed how quickly her body absorbed any narcotic, doctors told her mother…

Deputies are continuing their inquiry. They interviewed Bailey once, Winsett said, but hope to have better results with the help of someone skilled in questioning very young children. “She’s a beautiful 4-year-old little girl who is full of energy,” he said.

Winsett believes it’s possible someone opened the bag, dropped in the pills, then resealed it. He said his office experimented with the wrappers and found it’s not that hard to do — at least if the consumer isn’t paying close attention to the condition of the packaging. But he cautioned against blaming the maker of the candy.

“We don’t have anything to indicate that this is anything other than an isolated incident,” Winsett said.

Skittles manufacturer William Wrigley Jr. Co. said the company is cooperating with the investigation, which Winsett said includes trying to track where the bag was purchased.

Pretty scary. Let’s hope it was nothing more than an isolated incident.

On the other hand, the creep who may have fabricated the package – is still out and about.