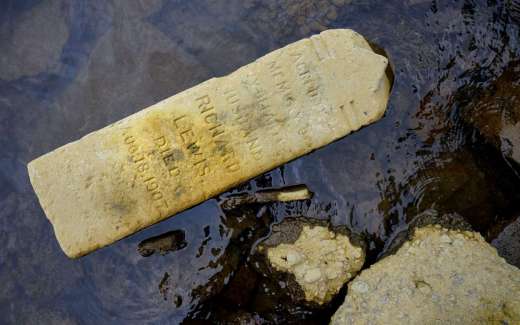 Richard and Lisa Stuart were walking beside the Potomac River when they noticed an odd rock in the riprap on the water’s edge…“I think that’s a headstone,” Richard Stuart remembers saying to his wife that day four years ago.

Once they started looking, they saw another. And another. With horror, Stuart discovered that a two-mile stretch of erosion control along the riverfront farm he had just purchased was full of grave markers.

A state senator, Stuart enlisted Virginia historians to figure out where they came from. The trail led upriver to the nation’s capital, and illuminated a dark truth about how Washington became the city it is today: The headstones were from Columbian Harmony Cemetery, a historic African American burial ground that was dug up and relocated in 1960 to make way for commercial development.

A prominent Black sculptor, Black Civil War veterans…37,000 Black citizens of the United States of America were removed from their final resting place to make way for a Metro Station, shops and condos. The symbols of their last stop were treated as scrap, ballast for a suburban river bank. 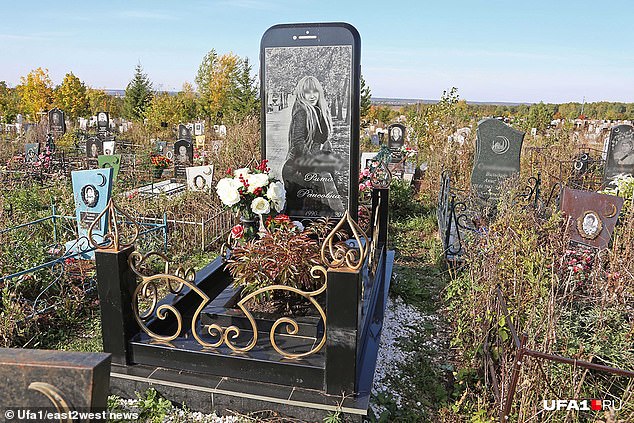 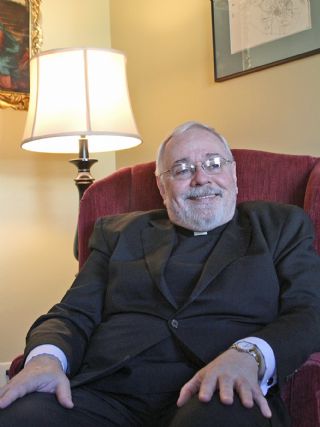 Can I help it if I like cemeteries, eh?

An official of the Archdiocese of Boston pleaded not guilty today after he was allegedly found with a prostitute behind a cemetery.

Monsignor Arthur Coyle, 62, of Lowell was arraigned this morning in Lowell District Court. Bail was set at $500 cash, and he was slated to return to court Sept. 16 for a pretrial conference, said Middlesex district attorney’s spokeswoman Stephanie Guyotte.

In a statement released this afternoon, the archdiocese said Coyle had voluntarily taken a leave of absence from his post…The statement concluded with the sentence, “The Archdiocese asks for prayers for all impacted by this matter.”

Coyle was arrested at 5:19 p.m. Sunday after he offered a prostitute money for sex, said Lowell Police Captain Kelly Richardson…Police had spotted Coyle’s black Chevy Equinox and noticed he had a “known prostitute” in the passenger seat, the report said. After the vehicle parked behind the Polish Cemetery in Lowell, officers waited five minutes, then approached the vehicle and separated Coyle from the alleged prostitute, Siriwan Kongkaen, 38, police said in the report.

According to the police report, Kongkaen has been arrested multiple times in the past for prostitution and narcotics-related offenses…

Coyle was ordained a priest in 1977 and appointed an episcopal vicar, a high-ranking official in the church, in 2008, according to the archdiocese’s website.

Talk about an eerie Halloween story. Hurricane turned Superstorm Sandy toppled a majestic old oak on the Upper Green and intertwined in the dirt and roots was a human skeleton.

Police were called, as was the state medical examiner.

But there was no horror story to be told.

The very old bones likely are centuries old dating back to when the Green was used as a cemetery during colonial times until the Grove Street cemetery was chartered in 1797. There remain an estimated 5,000 people buried under the Green.

The tree toppled sometime during the evening on Monday during high winds from the hurricane. On Tuesday, a passerby noticed something unusual. It looked like human bones. She contacted police…

This will, of course, freak out the superstitious among us. The New Haven Green – aside from being the best location in town for a demonstration – hosts a number of public concerts over the summer season. I can just hear the titters from those who are going to pass on spreading a picnic and blanket there, next year, now that they know there are beaucoup human remains buried below.

Relatives of victims of the Sept. 11 attacks have lost a bid to get the Supreme Court to rule on whether New York City must provide a proper burial for material taken from the World Trade Center site, because it could contain the ashes of victims.

The justices declined on Monday to hear an appeal of a lower court’s ruling in a suit brought by relatives of some of the people killed when the twin towers collapsed. Lower courts dismissed the suit against the city, saying it acted responsibly in moving materials from the site in Lower Manhattan to a landfill on Staten Island and then sifting through the material for human remains.

The plaintiffs wanted the ashes buried in a cemetery after they were sifted again. None of the remains of roughly 1,100 of the people who were killed in the attacks have been found.

I realize the cumulative loss is enormous. Americans should also look around at the world and the miserable history of our species killing large numbers of each other.

The people of London, the people of Dresden, the myriad victims of the Holocaust, so many others never felt compelled to demand the ashes from tragedy and fire should be specially interred – including all the rites of the several religions of those who died.

I am not surprised that Americans feel themselves more special than all those others. Still doesn’t justify the demand.

Do they have a coaches corner?

Supporters of a German football club are the latest to be invited to extend their loyalty further with the opening of a cemetery reserved just for them. Hamburg HSV has opened a specially designated cemetery within earshot of its Nordbank arena where fans can be buried in club colours on a football stand-shaped lawn reached via a goal-shaped entrance.

The idea for the cemetery, which can take up to 500 graves, came after repeated requests from fans wanting to have their ashes strewn on the pitch of the Bundesliga club, or like Everton fans, buried beneath the penalty spot.

But as the scattering of ashes is illegal in Germany, the concept of offering burial plots close to HSV’s stadium was born.

The club has given licences to several undertakers who could carry out “HSV-recognised” burials, including the singing of the club’s anthem, Hamburg My Pearl, and stonemasons who would chisel gravestones to suit the fans’ wishes.

I’ve a mate or two who are Celtic fans who would love to go out in this style.