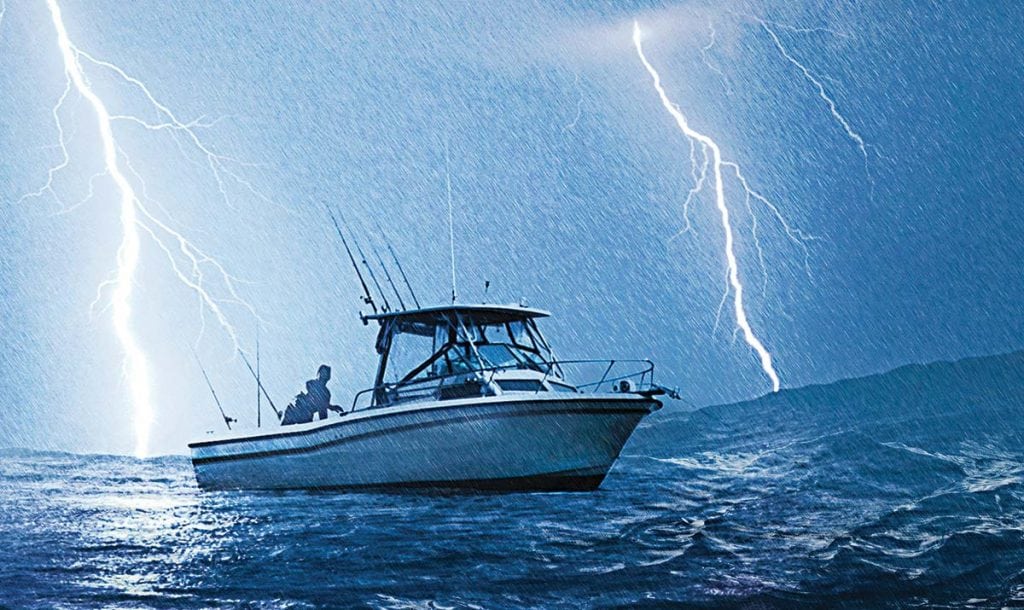 Some other non-productive crap in between the two. At least of the Republican flavor.

❝ The U.S. Food and Drug Administration recently ordered up new nutrition labels for cereal boxes, candy bars, and every other packaged food item in the supermarket. Soon, they will list not just how much sugar is inside, but whether that sugar was naturally occurring, as in raisins, or added later, as on the flakes that come with them.

Though this additional information won’t be required until next year, health advocates predicted that such legally mandated disclosure would deliver less-sugary foods in its wake. They were right.

❝ Four Twizzler strawberry twists have the same sugar content as an apple, but clearly the fruit is a better choice — in no small part because it comes with fiber and Vitamin C. The FDA decision recognized that the source of sugar matters, and that listing “Sugars” alone doesn’t reflect that. The agency decision attempts to outsmart food manufacturers that commonly call added sugar ingredients by other names, such as high fructose corn syrup, agave, and fruit juice. Current-ingredients lists and nutrition-facts panels, the FDA was saying, can be surprisingly deceptive.

❝ Experts in both health and the food industry predicted that the new labels would lead to reformulated products, with those marketed as “healthy” likely to be the first to get makeovers. Now that manufacturers would have to show in no uncertain terms how much sugar was being added, they would cut it, just as they did with trans fats when their disclosure became required.

Lo and behold, those predictions proved prescient. On Tuesday, Kind, maker of the increasingly popular fruit and nut bars, is to start posting the added sugar content of its more than 60 products on its website. The information, which will appear on the bars themselves early next year, shows that, as with other foods getting ingredient makeovers, some of the bars now have less added sugar than they once had. It also lets Kind be one of the first brands, if not the first, to give the new nutritional information to customers…

❝ Companies seem to recognize the rising consumer interest in ingredients and aren’t fighting the new FDA requirement. The Grocery Manufacturers Association called the update “timely,” noting that “consumer preferences have changed dramatically since the Nutrition Facts panel was first introduced.”…Only the Sugar Association, the trade group representing the companies that make all that added sugar, pushed back, saying, blah, blah, blah, blah.

An informed consumer has the opportunity to make better choices. We certainly try to do so in our family. I hope that you do, too. The new nutrition panels are supposed to be easier to read – which will be a big help to folks like me who never remembers to bring along his reading glasses.

I look pretty silly when I take a quick photo with my iPhone of the nutrition info on a box of cereal so I can enlarge it onscreen with my fingertips to readable size. 🙂 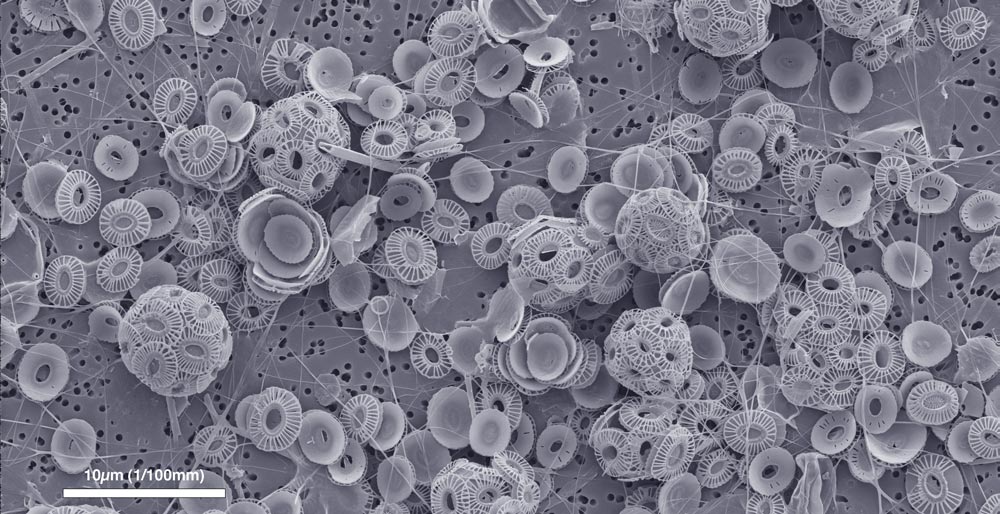 ❝Coccolithophores — tiny calcifying plants that are part of the foundation of the marine food web — have been increasing in relative abundance in the North Atlantic over the last 45 years, as carbon input into ocean waters has increased. Their relative abundance has increased 10 times, or by an order of magnitude, during this sampling period. This finding was diametrically opposed to what scientists had expected since coccolithophores make their plates out of calcium carbonate, which is becoming more difficult as the ocean becomes more acidic and pH is reduced.

❝…Based on analysis of nearly a half century of data collected by the long-running Sir Alister Hardy Foundation Continuous Plankton Recorder sampling program…”The results show both the power of long-term time-series of ocean observations for deciphering how marine microbial communities are responding to climate change and offer evidence that the ocean garden is changing,” said Dr. William Balch, senior research scientist at Bigelow Laboratory for Ocean Sciences and a co-author of the paper…

❝“We never expected to see the relative abundance of coccolithophores to increase 10 times in the North Atlantic over barely half a century. If anything, we expected that these sensitive calcifying algae would have decreased in the face of increasing ocean acidification (associated with increasing carbon dioxide entering the ocean from the burning of fossil-fuels). Instead, we see how these carbon-limited organisms appear to be using the extra carbon from CO2 to increase their relative abundance by an order of magnitude.

“This provides one example on how marine communities across an entire ocean basin are responding to increasing carbon dioxide levels. Such real-life examples of the impact of increasing CO2 on marine food webs are important to point out as the world comes together in Paris next week at the United Nations Conference on Climate Change,” Balch added.

Or as Anand Gnanadesikan…one of the study’s five authors, said, “Something strange is happening here, and it’s happening much more quickly than we thought it should.”

Like the wind adjusting course in the middle of a storm, scientists have discovered that the particles streaming into the solar system from interstellar space have most likely changed direction over the last 40 years. Such information can help us map out our place within the galaxy surrounding us, and help us understand our place in space.

The results, based on data spanning four decades from 11 different spacecraft, were published in Science on Sept. 5, 2013.

Vestiges of the interstellar wind flowing into what’s called the heliosphere — the vast bubble filled by the sun’s own constant flow of particles, the solar wind – is one of the ways scientists can observe what lies just outside of our own home, in the galactic cloud through which the solar system travels. The heliosphere is situated near the inside edge of an interstellar cloud and the two move past each other at a velocity of 50,000 miles per hour. This motion creates a wind of neutral interstellar atoms blowing past Earth, of which helium is the easiest to measure.

“Because the sun is moving though this cloud, interstellar atoms penetrate into the solar system,” said Priscilla Frisch, an astrophysicist at the University of Chicago, Ill. and the lead author on the paper. “The charged particles in the interstellar wind don’t do a good job of reaching the inner solar system, but many of the atoms in the wind are neutral. These can penetrate close to Earth and can be measured…”

The earliest historical data on the interstellar wind comes from the 1970s from the U.S. Department of Defense’s Space Test Program 72-1 and SOLRAD 11B, NASA’s Mariner, and the Soviet Prognoz 6. While instruments have improved since the 1970s, comparing information from several sets of observations helped the researchers gain confidence in results from that early data. The team went on to look at another seven data sets including the Ulysses information from 1990 to 2001, and more recent data from IBEX, as well as four other NASA missions: the Solar Terrestrial Relations Observatory, or STEREO, the Advanced Composition Explorer, or ACE, the Extreme Ultraviolet Explorer, and the MErcury Surface, Space ENvironment, GEochemistry, and Ranging mission, or MESSENGER, currently in orbit around Mercury. The eleventh set of observations came from the Japanese Aerospace Exploration Agency’s Nuzomi.

“The direction of the wind obtained from the most recent data does not agree with the direction obtained from the earlier measurements, suggesting that the wind itself has changed over time,” said Eric Christian, the IBEX mission scientist at NASA’s Goddard Space Flight Center in Greenbelt, Md. “It’s an intriguing result, which relied on looking at a suite of data measured in a bunch of different ways…”

From Earth’s perspective, the interstellar wind flows in from a point just above the constellation Scorpius. Results from 11 spacecraft over 40 years show that the exact direction has changed some 4 to 9 degrees since the 1970s…

“Previously we thought the local interstellar medium was very constant, but these results show that it is highly dynamic, as is the heliosphere’s interaction with it,” said David McComas, IBEX principal investigator at Southwest Research Institute in San Antonio, Texas.

Now, of course, scientists being the curious critters they are – time to set forth to find out how and why this happened, why it’s happening?