David Pecker…head of the company that publishes the National Enquirer, was granted immunity in the federal investigation into President Donald Trump’s former attorney Michael Cohen in exchange for providing information on hush money deals…

Pecker, the CEO of American Media Inc., told federal prosecutors that Trump had knowledge of Cohen’s payments to women who had alleged sexual encounters with him, sources familiar with the matter told CNN. Pecker also provided investigators with details about payments Cohen made to the women…

In court Tuesday, Cohen said, “I and the CEO of a media company, at the request of the candidate, worked together” to squelch stories, effectively implicating Trump himself.

According to the court filing, Cohen and Pecker worked to suppress potentially damaging claims against candidate Trump, with AMI using a tabloid tactic called “catch and kill.”

So much for the constitutional value of our American “Free Press”. Once again, using contracts to hide and disguise payoffs, scandals and crimes. A net of deceit funded in this instance by the creep president put in office by the electoral college.

Preet Bharara – one of the best attorneys in the USA – tweeted, today:

Followed – in later discussion in his Twitter feed – with this fond memory:

>❝ “So it has gone from Russia collusion, to a St. Petersburg troll farm, to Stormy Daniels, to Michael Cohen, and now, Sean Hannity?” Gateway Pundit founder Jim Hoft asked rhetorically, reeling from a whirlwind day that began with Cohen, Donald Trump’s personal lawyer, walking into federal court, and ended with the revelation that Cohen claimed Hannity as a client. “Where does it stop and what the hell does this have to do with the Russia collusion?”

>❝ Indeed, anger and stupefaction were the primary emotions on the far right Monday as the media raced to keep apace with a cascade of twists and turns in the Stormy-gate circus…The news had prompted a near-instantaneous meltdown on Twitter as media pundits and commentators speculated about what sinister deal Cohen might have negotiated on Hannity’s behalf…Indeed, while CNN and MSNBC seized on the news with rapturous zeal, the right-wing mediaverse was spectacularly silent on the Cohen-Hannity question…

Eddie Scarry, the media reporter for the conservative Washington Examiner, suspected that Trumpworld was more worried about potential skeletons in Cohen’s closet than they were letting on…Hannity, he added, was only a plot point in the vast right-wing narrative, if a totally bonkers one: “Yeah, of course that’s the logical next step in this insanity.”

Looking past the smell of Trump’s life, the corruption and national degradation he’s created in Washington, I would neither call this insanity nor logic. Crime and opportunism always benefit from cooperative ignorance. In this case, on the part of a significant minority of eligible voters. 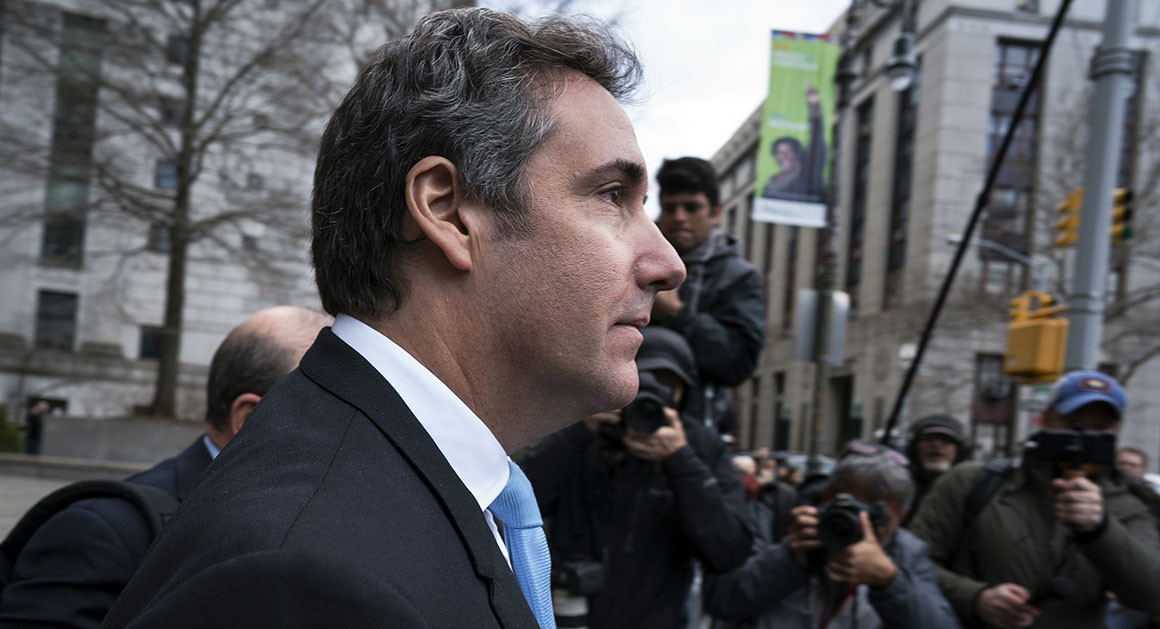 ❝ Jay Goldberg, a longtime Trump lawyer, told The Wall Street Journal that he spoke with Trump on Friday about Cohen and warned the president against trusting Cohen if he is facing criminal charges. Goldberg said he warned the president that Cohen “isn’t even a 1” on a scale of 1 to 100, where 100 was remaining fully loyal to the president…

You can count on thugs to behave like thugs.