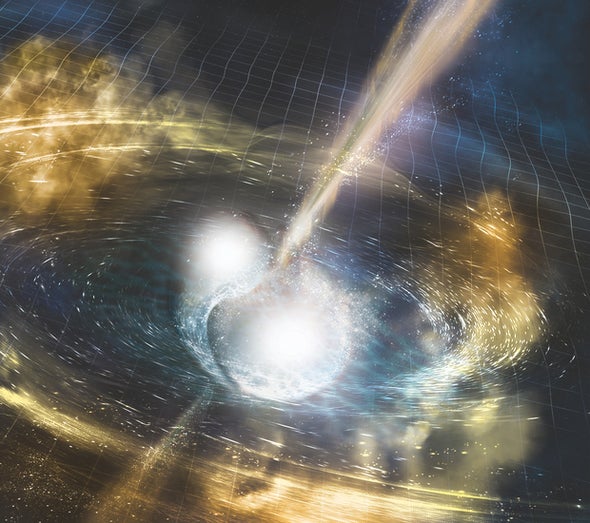 ❝ Cast your mind back four years, and gravitational waves were the talk of the town. On September 14, 2015, the first detection of these ripples in space-time was made by the LIGO-Virgo collaboration, revealed months later to deserved global fanfare. Now with the fourth anniversary of that discovery approaching, the field has matured dramatically with dozens of subsequent detections made—and the prospect of even more thrilling discoveries on the horizon…

❝ Including that first discovery, a total of 23 confirmed gravitational-wave detections have been made to date across three observing runs. Within those, 20 have been black hole mergers, two have been neutron star mergers, and one is the suspected first known instance of a merger between a black hole and a neutron star. Each has been exciting in its own right, but the sheer volume of detections—moving from one a month to nearly one a week, thanks to upgrades to LIGO in 2018 and 2019 that improved its sensitivity—is hugely impressive…Thanks to that explosive growth, remarkable progress is being made across multiple subdisciplines of astrophysics.

RTFA. Learn a bit more about another window opening in our view of the universe we live in.

❝ Yes, Donald Trump’s politics are incoherent. But those who surround him know just what they want, and his lack of clarity enhances their power. To understand what is coming, we need to understand who they are. I know all too well, because I have spent the past 15 years fighting them.

❝ Over this time, I have watched as tobacco, coal, oil, chemicals and biotech companies have poured billions of dollars into an international misinformation machine composed of thinktanks, bloggers and fake citizens’ groups. Its purpose is to portray the interests of billionaires as the interests of the common people, to wage war against trade unions and beat down attempts to regulate business and tax the very rich. Now the people who helped run this machine are shaping the government.

❝ I first encountered the machine when writing about climate change. The fury and loathing directed at climate scientists and campaigners seemed incomprehensible until I realised they were fake: the hatred had been paid for. The bloggers and institutes whipping up this anger were funded by oil and coal companies.

Among those I clashed with was Myron Ebell of the Competitive Enterprise Institute…The CEI calls itself a thinktank, but looks to me like a corporate lobbying group. It is not transparent about its funding, but we now know it has received $2m from ExxonMobil, more than $4m from a group called the Donors Trust (which represents various corporations and billionaires), $800,000 from groups set up by the tycoons Charles and David Koch, and substantial sums from coal, tobacco and pharmaceutical companies…

❝ It has sought to eliminate funding for environmental education, lobbied against the Endangered Species Act, harried climate scientists and campaigned in favour of mountaintop removal by coal companies. In 2004, Ebell sent a memo to one of George W Bush’s staffers calling for the head of the Environmental Protection Agency to be sacked. Where is Ebell now? Oh – leading Trump’s transition team for the Environmental Protection Agency…

❝ I could fill this newspaper with the names of Trump staffers who have emerged from such groups: people such as Doug Domenech, from the Texas Public Policy Foundation, funded among others by the Koch brothers, Exxon and the Donors Trust; Barry Bennett, whose Alliance for America’s Future (now called One Nation) refused to disclose its donors when challenged; and Thomas Pyle, president of the American Energy Alliance, funded by Exxon and others. This is to say nothing of Trump’s own crashing conflicts of interest…

❝ As usual, the left and centre (myself included) are beating ourselves up about where we went wrong. There are plenty of answers, but one of them is that we have simply been outspent. Not by a little, but by orders of magnitude. A few billion dollars spent on persuasion buys you all the politics you want. Genuine campaigners, working in their free time, simply cannot match a professional network staffed by thousands of well-paid, unscrupulous people.

You cannot confront a power until you know what it is. Our first task in this struggle is to understand what we face. Only then can we work out what to do.

RTFA for much more detail.

George Monbiot’s article should lead more concerned citizens to understand the sort of corporate creeps we face on everyday issues. More important – I think – it is an additional challenge to professional journalists and editors to do their homework. Stick to the truth. It will set you free. 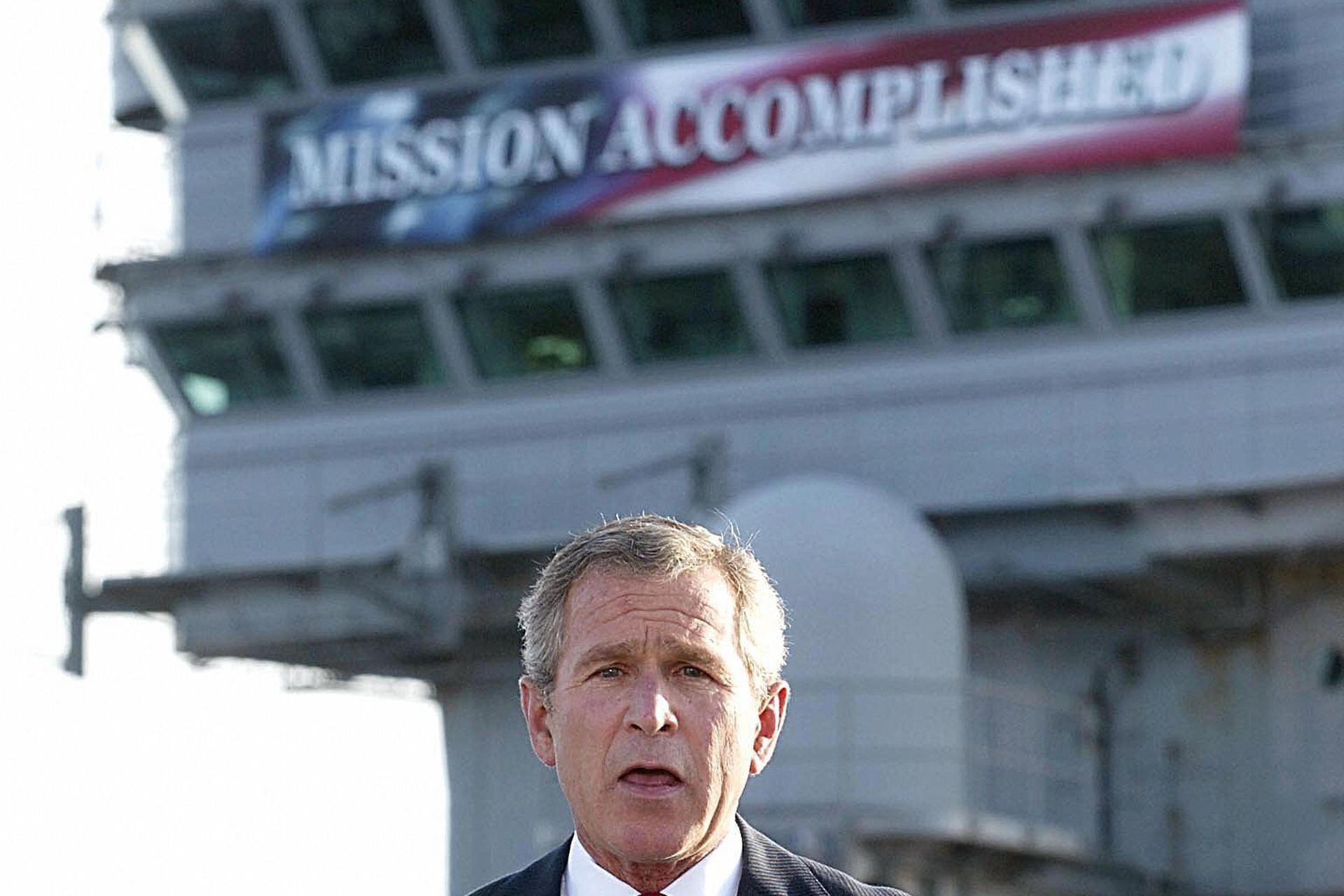 ❝ The best estimates available suggest that more than 250,000 people have died as a result of George W. Bush and Tony Blair’s decision to invade Iraq in 2003. A newly released investigative report from the UK government suggests that intelligence officials knew ahead of time that the war would cause massive instability and societal collapse and make the problem of terrorism worse — and that Blair and Bush went ahead with the effort anyway.

❝ The correct response to this situation is to despair at the fact that the US and UK governments created such a horrific human tragedy for no good reason at all. However, partisan grudgefests run deep, and some on the right have argued that the UK’s Chilcot report proves the real dastardly actors are liberals who accused Bush and Blair not just of relying on faulty intelligence suggesting Iraq had WMDs but of lying about the intelligence they did have.

To some extent, this is beside the point; even if they had been totally cautious and careful in characterizing the intelligence, the war still would’ve been a catastrophic mistake that took an immense human toll. But the truth also matters, and the truth is that there were numerous occasions when Bush and his advisers made statements that intelligence agencies knew to be false, both about WMDs and about Saddam Hussein’s nonexistent links to al-Qaeda. The term commonly used for making statements that one knows to be false is “lying.”…

A single example out of several in this article:

❝ The Bush administration on numerous occasions exaggerated or outright fabricated conclusions from intelligence in its public statements. Bush really did lie, and people really did die as a result of the war those lies were meant to build a case for. Those are the facts.

❝ The failure of Iraq was not merely a case of well-meaning but incompetent policymakers rushing into what they should’ve known would be a disaster. It’s the story of those policymakers repeatedly misleading the public about why, exactly, the war started.

RTFA for more of what the Republican Party and obedient Blue Dog Democrats would like you to forget.

A federal appeals court has rejected a lawsuit calling for the full release of a U.S. Senate report detailing the Central Intelligence Agency’s interrogation and detention program following the Sept. 11 attacks.

The U.S. Court of Appeals for the District of Columbia Circuit ruled against the American Civil Liberties Union, which sought access to the more than 6,000-page document, often referred to as the “Senate torture report.”…

When the report was released in 2014, only a 500-page executive summary was made public. It said the CIA misled the White House and public about torture of detainees. Some captives were deprived of sleep for up to 180 hours, at times with their hands shackled above their heads, and the report recorded cases of simulated drowning or “waterboarding” and sexual abuse, including “rectal feeding” or “rectal hydration” without any documented medical need.

I wonder what the response would be to a national referendum calling for “rectal feeding” of some of our elected officials?

The ACLU sued under the Freedom of Information Act in 2013 to obtain the full report prior to its release. Congressional documents are exempt from the law, but the ACLU said the Senate Intelligence Committee relinquished control when it transmitted the report to the White House and other agencies, which are subject to freedom of information requests.

The appeals court on Friday upheld a lower court’s decision in favor of the government.

Transparency becomes less and less a standard, a priority, for the government of the United States. Keep on rocking in the Free World! One Senator vows to filibuster this bipartisan assault on our privacy.

❝ Legislators have published an official draft of a controversial new encryption bill, a measure seeking to compel company assistance in decrypting private communications in the wake of the San Bernardino case. Dubbed the Compliance with Court Orders Act of 2016, the official text is slightly modified from the version that leaked last week, but contains many of the same provisions that had infuriated privacy activists last week, including a broad view of the information providers would be expected to turn over upon request.

❝ So far, technology and privacy groups have been hostile to the bill, including the Software Alliance, the App Association, and the ITIF. The ACLU called the earlier draft “a clear threat to everyone’s privacy and security.” If the bill does pass, the Electronic Frontier Foundation has pledged a legal effort that would keep the measures “tied up in the courts for years.”

But the most vocal opposition has come from within Congress itself. Senator Ron Wyden (D-OR) went so far as to pledge a filibuster of the bill if it reaches the Senate floor. “This flawed bill would leave americans more vulnerable to stalkers, identity thieves, foreign hackers, and criminals,” Wyden said in an official statement. “And yet it will not make us safer from terrorists or other threats.”

❝ …The bill’s authors made it clear they would not allow encryption systems to remain indifferent to government orders. “No entity or individual is above the law,” said Sen. Diane Feinstein (D-CA)…

For many a Democrat in the last 70 years, kissing any butt with a badge is considered a safe road to re-election. The tradition of a few Liberals like Senator Wyden barely survived the Reagan years. The rightwing Republican assault on anything to the Left of Attila the Hun was generally confronted with whimpering and self-defensive collaboration. 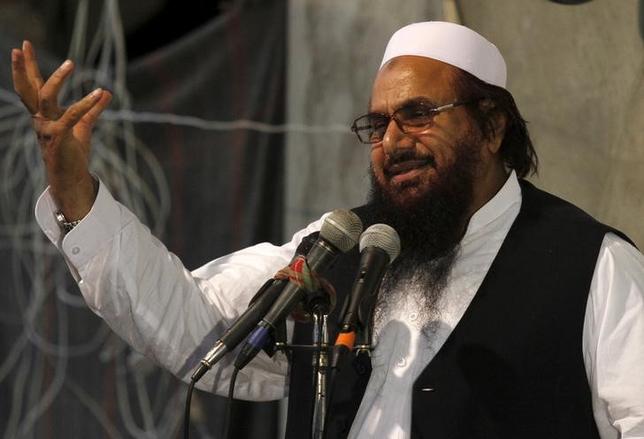 A Pakistani court on has banned an Indian film about the 2008 Mumbai attacks in response to a petition filed by the man New Delhi accuses of masterminding the killing of 166 people over three days.

Hafiz Saeed, the founder of Lashkar-e-Taiba which the United Nations has listed as a terrorist organization, petitioned the court to ban the Kabir Khan-directed feature film “Phantom” on the basis that it maligns Pakistan and vilifies Saeed and his current organization, Jamaat-ud-Dawa.

The Lahore High Court issued a ban on Thursday…

India says it has handed over evidence against him to Pakistan which should have detained him. The issue has stood in the way of rebuilding relations between the nuclear-armed neighbors…

Saeed lives freely in the city of Lahore in a villa with police stationed outside.

Corruption on a scale vile enough to stain the character of a nation.