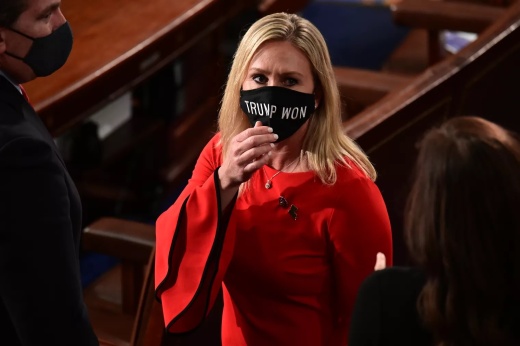 Let’s get this out of the way: First-term Rep. Marjorie Taylor Greene’s claim that the 2018 California wildfires were ignited by a space laser controlled by a corporate cabal, including the Rothschild banking firm, is objectively ridiculous. It’s okay to laugh about it.

And yet it is, at the same time, kind of horrifying. It’s the latest in a long line of conspiracies about the Rothschild family, and those conspiracies are always, at root, anti-Semitic: Since the 19th century, people have used claims that this one particular wealthy family controls the world to cast aspersions on Jews in general…

There’s a reason Jews are so often the targets of conspiracy theories, even mainstream ones. Much of conspiracy theorizing as we know it — the enterprise of explaining the world’s woes by positing that a shadowy, all-powerful elite is behind them — arose out of the European anti-Semitic tradition…

Most of our much-loved 2-party system is grounded in power sharing for the class of political opportunists who run our country. Almost profit-sharing. There’s usually a looney wing in either party. And in the conservative yard, it’s the one that wanders off into violence, the worst conspiracy theories, bigotry. 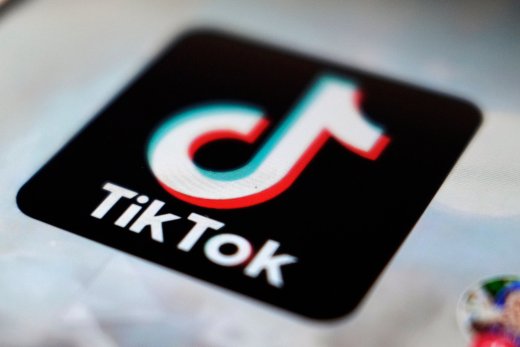 ❝ There are many kinds of dating sites out there these days; they are tailored specifically to groups like Christians, Jews, farmers, and stoners — and the list goes on and on. The newest niche is Awake Dating, the first online dating site for conspiracy theorists.

❝ Developed by Jarrod Fidden, Awake Dating features all the normal bells and whistles of a dating network, but with the caveat that most — if not all — the users consider themselves “awoken” to the true nature of reality. Under this wide tent are the lovesick eyes of every variety of truther you can possibly imagine…

❝ Fidden, the COO and founder, defines his typical ‘awake’ user as “one who has investigated and come to his or her own conclusions on a collection of topics and issues. And through this research and critical thinking, [he] has ‘woken’ from the fantastic false dream carefully crafted for the ‘consumer.’”…

Fidden believes his site will empower fringe thinkers who have been ostracized from ‘normal’ social circles because they hold outlandish and stigmatized beliefs that are not part of standard consensus reality. He doesn’t even subscribe to the word conspiracy theorist, instead preferring “early adopter of inconvenient truths.”

Jake Anderson completes his article on conspiracy dating by suggesting you reflect on the possibility that the group is a CIA honeypot. Har.

David Robert Grimes, a postdoctoral research associate at the University of Oxford who studies cancer, is familiar with conspiracy theorists. His mainstream writing for the likes of The Guardian and BBC News has included controversial topics that lend themselves to conspiracies, including homosexuality, climate change and water fluoridation.

“The charge that there is a scientific conspiracy afoot is a common one,” said Grimes, in an email interview with Live Science, “and almost inevitably those making these charges will descend into accusing one of shilling or being an agent of some malignant entity…”

For this new study, Grimes considered four common conspiracy beliefs: that NASA faked the 1969 moon landing during the Apollo 11 mission, that human-caused climate change isn’t real, that vaccines are unsafe, and that pharmaceutical companies are hiding cancer cures from the public. He created an equation to figure out how long these four cover-ups would likely last (if indeed they were cover-ups), given how many people are involved, the likelihood of leaks from the inside (whether on purpose or by accident), and how much upkeep would be required to keep everything under wraps.

Grimes then calculated the potential success of the four conspiracies that continue to garner support. He used the best-case scenario for the conspirators, where the fewest number of people are involved who could leak such undercover machinations…Using the same equation but modifying it to consider the need for added conspirators, the “lie” of climate change would last nearly 27 years if only scientists were involved in the cover-up, but under four years if scientific bodies were to take part. The vaccination conspiracy makes it to almost 35 years if it’s confined to the Centers for Disease Control and Prevention and the World Health Organization, but is revealed in three years and two months if drug companies are co-conspirators. The suppression of a cancer cure — maintained by Novartis, Pfizer, Roche, Sanofi, Merck and Co., Johnson and Johnson, GlaxoSmithKline and AstraZeneca — fails after around three years and three months as well.

Grimes is not idealistic about the impact of his study

“I think true believers will never change their views; in the words of Leon Festinger, ‘A man with a conviction is a hard man to change,'” he said. “While these people are ideologically deeply invested in a given narrative, I would hope that this paper might help the more rational people who have maybe heard some claims and want to ascertain if they’re probable or not.”

His main concern is the myths and conspiracies that could cause serious harm, such as climate change doubters and the anti-vaccination movement. As more people forgo vaccinations for their kids, so-called herd immunity — in which large numbers of people with immunity from a disease can shield smalls numbers of people who are not immune because outbreaks are unlikely — collapses. With this work Grimes is attempting to chip away at the less confident conspiracists and move them toward more science-based beliefs.

There still is no patch for stupidity.

The gunman killed in an attack on the Pentagon last night was acting alone and was not connected to any terrorist plot, officials said as reports emerged that he was a 9/11 conspiracy theorist who grew marijuana at his home.

He had a current permit for medical marijuana.

John Patrick Bedell, 36, from California, wrote on the internet about government conspiracies in the 11 September 2001 terrorist attacks, “institutionalised violence of government” and other theories.

According to media reports, Bedell was arrested in 2006 when police discovered a large number of marijuana plants at his California home.

Yesterday evening, according to officials, Bedell approached a busy entrance to the Pentagon, one of the most heavily guarded buildings in the world. Wearing a suit and calm in demeanour, he reached into his jacket as if to pull out his identification card, but drew out a 9mm pistol and opened fire.

Two officers were shot, one in the leg, another in the shoulder, and they and a third officer opened fire. Bedell was struck in the head and died later in hospital.

Keevill said Bedell, a well-educated software developer, had driven from California, and in his vehicle, found by police near the Pentagon, investigators discovered more ammunition.

Keevill declined to speculate about a motive, but in internet writings Bedell rants about property rights and his theory that a criminal organisation has taken over the US government.

“This organisation, like so many murderous governments throughout history, would see the sacrifice of thousands of its citizens, in an event such as the September 11 attacks, as a small cost in order to perpetuate its barbaric control,” he wrote in a post in 2006.

Uh, OK. I know a couple of organizations where this dude would fit in perfectly. And get the usual TV talking head wimpy coverage.

There’s no truth to the rumor he had “No Agenda” tattooed on his butt.