Frederick Banting, who patented insulin, sold that to the University of Toronto for $1. Because it belongs to humanity, the sick, sufferers with diabetes.

2021, is the 100-year anniversary of the discovery of insulin by Frederick Banting, James B. Collip, Charles Best, and John J.R. Macleod. The patent for the hormone, which was extracted from an animal pancreas with the goal of helping those with diabetes control their blood sugar, was sold to the Governors of the University of Toronto in 1922 for only one dollar. The four men credited with this groundbreaking discovery had no shortage of disagreements — Banting and Macleod chose not to put their names on the patent, with Banting of the opinion that as a physician who had taken the Hippocratic oath, it would be inappropriate for him to patent the discovery of a medical treatment. But even those who did opt to patent the hormone chose not to profit from it, despite facing the prospect of astonishing wealth from their potent and widely-needed treatment…

Since its discovery, insulin has actually become cheaper to produce. Most insulin on the market today is recombinant…If the price of insulin amounted solely to the manufacturing cost, each person with diabetes would pay a maximum of $6 for insulin each month. The enormous disparity between this estimation and the much more expensive reality is attributed to price gouging by pharmaceutical companies.

Read the complete article and draw your own conclusions. No surprises, eh?

A group of 21 youths who accuse the U.S. government of failing for decades to properly address climate change defeated the Trump administration’s attempt to keep the dispute out of court.

The U.S. Court of Appeals in San Francisco ruled Wednesday that a novel and sweeping case, which the Obama administration first tried to extinguish in 2016, can proceed toward a trial. Trump’s Justice Department is expected to ask the Supreme Court to shut it down.

The group of mostly teenagers in Oregon alleged in a 2015 complaint that government policies have exacerbated global warming in violation of their rights — and those of future generations — under the U.S. Constitution…

Julia Olson, the lead attorney for the teens, said the opinion offers them the opportunity to continue fighting for environmental justice, saying it gives them “the green light for trial.”

Keep on rocking in the free world. And fightback against the creeps and scumbags who value profit over people’s lives.

Derailment and death in Washington state. 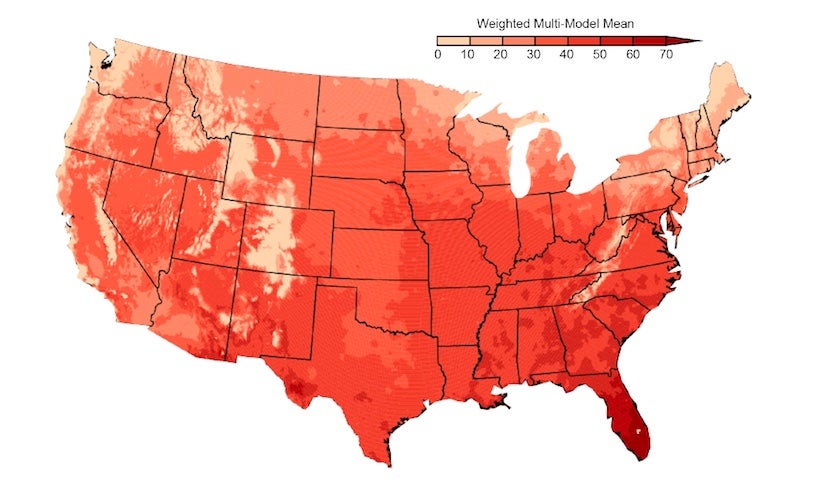 Ready to challenge the creeps who profited from this?

❝ Humans are likely responsible for 93 – 123% of Earth’s net global warming after 1950, says a blockbuster climate report…The Climate Science Special Report is the first product released by the Fourth National Climate Assessment; the core assessment itself, focusing on impacts, will be released in 2018. The NCA is an congressionally mandated quadrennial effort by hundreds of U.S. scientists to assess how the climate is changing in the United States. The project is carried out by the U.S. Global Change Research Program. Preparation of the report included workshops around the nation, a public-comment period on the draft, and a technical review spanning 13 agencies.

Yes, of course, Trump and his lackeys in Congress – mostly Republicans – will try their best to stop the full report next year.

Angus Deaton has won the Nobel, which is wonderful — dogged, careful empirical work at the micro level, tracking and making sense of individual households, their choices, and why they matter…

Deaton is also a fine writer with important things to say about political economy. Cardiff Garcia excerpts a passage in which he explains why we should care about the concentration of wealth at the top:

There is a danger that the rapid growth of top incomes can become self-reinforcing through the political access that money can bring. Rules are set not in the public interest but in the interest of the rich, who use those rules to become yet richer and more influential…

To worry about these consequences of extreme inequality has nothing to do with being envious of the rich and everything to do with the fear that rapidly growing top incomes are a threat to the wellbeing of everyone else.

As if to illustrate his point…Confessore, Cohen, and Yourish documents the remarkable fact that campaign finance this election cycle is dominated by a tiny number of extremely wealthy people — more than half the total from just 158 families. This money is overwhelmingly flowing to Republicans.

…The biggest piece of the super-rich-super-donor story is money from the financial sector…Basically, we’re looking at the people who brought you the financial crisis trying to buy the chance to do it all over again.

While this process continues, expands, we remain trapped within the confines of a Supreme Court dedicated to the worst ethics of capitalism and corporate greed. The old saw may still be true – we need capital to run an economy, not necessarily capitalists – but, the political establishment of the United States is lined up together to assure that premise is never tested.

The checks and balances built into our Constitution in an attempt to give ordinary working families an opportunity to fight for a better life continue to be compromised by each of the tripartite powers. If there’s anything agreed upon wholeheartedly at the top – it is don’t give ordinary folks a chance to fight back.

Deaton does a great job looking at the economic result of such practices.

On the morning of Thursday, January 9, 2014, the people of Charleston, West Virginia, awoke to a strange tang in the air off the Elk River. It smelled like licorice. The occasional odor is part of life in Charleston, the state capital, which lies in an industrial area that takes flinty pride in the nickname Chemical Valley. In the nineteenth century, natural brine springs made the region one of America’s largest producers of salt. The saltworks gave rise to an industry that manufactured gunpowder, antifreeze, Agent Orange, and other “chemical magic,” as The Saturday Evening Post put it, in 1943. The image endured. Today, the Chemical Valley Roller Girls compete in Roller Derby events with a logo of a woman in fishnet stockings and a gas mask. After decades of slow decline, the local industry has revived in recent years, owing to the boom in cheap natural gas, which has made America one of the world’s most inexpensive places to make chemicals.

At 8:16 A.M., a resident called the state Department of Environmental Protection and said that something in the air was, in the operator’s words, “coating his wife’s throat.” Downtown, the mayor, Danny Jones, smelled it and thought, Well, it’s just a chemical in the air. It’ll move. A few minutes passed. “I stuck my mouth up to a water fountain and took a big drink, and I thought, We’re in trouble,” he recalls. People were calling 911, and the state sent out two inspectors. Eventually, they reached a chemical-storage facility run by Freedom Industries, a “tank farm,” with seventeen white metal pillbox-shaped containers clustered on a bluff above the Elk River.

The staff initially said that there was nothing out of the ordinary, but, when the inspectors asked to look around, a company executive, Dennis Farrell, told them that he had a problem at Tank No. 396, a forty-eight-thousand-gallon container of industrial chemicals. At the foot of the tank, the inspectors found a shallow open-air lake of an oily substance, gurgling like a mountain spring. When hazardous-material crews arrived, they followed a liquid trail under a concrete wall, into the bushes, and down a slope, where it disappeared beneath ice on the river.

Freedom Industries was obligated to report the spill to a state hot line. The operator, who identified herself as Laverne, asked what was leaking; the caller, a staff member named Bob Reynolds, said, “Uh, MCHM.”

“Right,” he said, and offered the scientific name.

MCHM—4-methylcyclohexane methanol—is part of a chemical bath that the mining industry uses to wash clay and rock from coal before it is burned. There are more than eighty thousand chemicals available for use in America, but, unless they are expected to be consumed, their effects on humans are not often tested, a principle known in the industry as “innocent until proven guilty.” MCHM was largely a mystery to the officials who now confronted the task of containing it. But they knew that the site posed an immediate problem: it was a mile upriver from the largest water-treatment plant in West Virginia. The plant served sixteen per cent of the state’s population, some three hundred thousand people—a figure that had risen in the past decade, because coal mining has reduced the availability and quality of other water sources, prompting West Virginians to board up their wells and tap into the public system.

RTFA because we all need reinforcing on tales of politics and corporate greed in bed with each other. And how the rest of us are screwed to the wall because of their carelessness, lack of concern for ordinary citizens, their greed.

Whistleblowers earned more than $532 million in 2011 through lawsuits alleging fraud against the U.S. government, a record for such payouts…Private parties suing on the behalf of the government collected $140 million more than they did the previous year, even as the Justice Department’s total civil fraud sanctions remained consistent…

The DOJ recovered some $3.02 billion last year through cases under the False Claims Act – the third-largest recovery ever, just shy of the $3.09 billion it won through cases in 2010.

Golly gee. Anyone think enforcement has changed a little bit since the Bush/Cheney cabal left town.

END_OF_DOCUMENT_TOKEN_TO_BE_REPLACED

Altogether, now – how can you tell Newt Gingrich is lying?
Daylife/AP Photo used by permission

The Gingrich campaign has now confirmed a longstanding business relationship that enabled his consulting group to receive between $1.6 and $1.8 million from mortgage giant Freddie Mac. But it wasn’t for “lobbying,” Newt Gingrich insists. It was for “strategic advice on a wide range of issues…”

“It reminds people,” Gingrich said, “that I know a great deal about Washington.” And as he continued, “If you want to change Washington, we just tried four [sic] years of amateur ignorance and it didn’t work very well, so having some-body who knows Washington might be a really good thing.”

Newt Gingrich is certainly right about that. There is no candidate for president who has had more experience in changing Washington than Gingrich. Indeed, there may be no American since James Madison who has had more of an effect in making the institution of Congress what it is today.

For as far too few remember, more than any other living American, it is Newt Gingrich who gave us the current version of our hopelessly dysfunctional Congress — an institution which, according to a New York Times/CBS poll, now has the confidence of 9% of the American people. That monster is his baby, and no one should deny him his parental bragging rights…